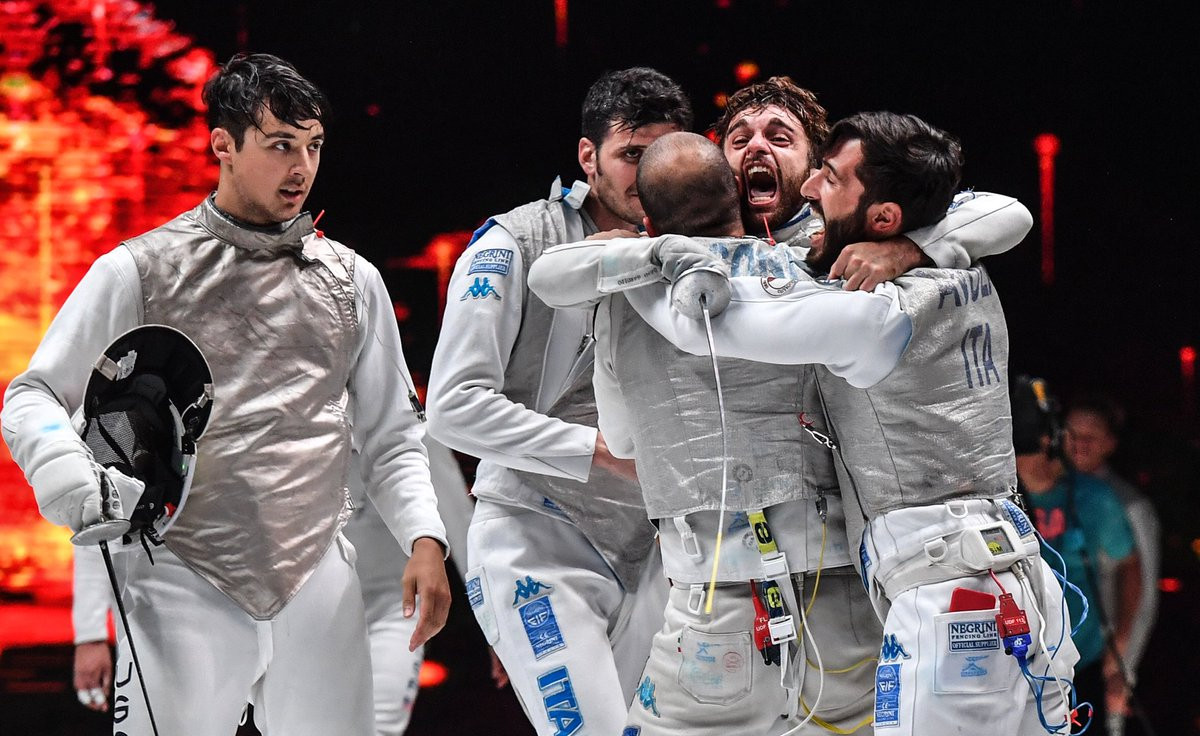 Italy's men retained their title in the team foil competition at the International Fencing Federation World Championships in Wuxi in China today, as France took women's team sabre gold on the final day of action.

Italy made it through to the final of the men's team foil at the Wuxi Sports Centre by beating South Korea in the semi-finals, 45-30.

In the other semi-final, the United States saw off Russia 45-29 to set up an exact repeat of the final from last year.

The US team would have been desperate to reap revenge on the Italians for their 2017 defeat, but sadly for them it was not to be with the Europeans retaining their title by the relatively comfortable margin of 45-34.

In the bronze medal match, Russia seized the final medal by beating the South Koreans 45-35.

France, who won the bronze last time out, could only manage fifth place, losing to Russia 45-36 in the quarter-finals.

France did much better in the women's team sabre however.

In that event the French took gold having only won the bronze in 2017.

They made the final by beating South Korea, last year’s silver medallists, in the last four 45-42.

The French would have expected to face Italy in the final, as they won the gold last year and were up against Russia in their semi, who did not win a medal at all last year.

However, an impressive performance from the Russians saw them reach the final with a tense 45-44 win, meaning they were then guaranteed at least the silver.

As it turned out, Russia’s tightly fought semi-final may well have helped France in their quest for gold, as the final ended in a relatively comfortable win for them by 45 points to 35.

Elsewhere Italy and South Korea faced off for the bronze in a repeat of last year’s gold medal match and it was 2017’s silver medallists that came away victorious.