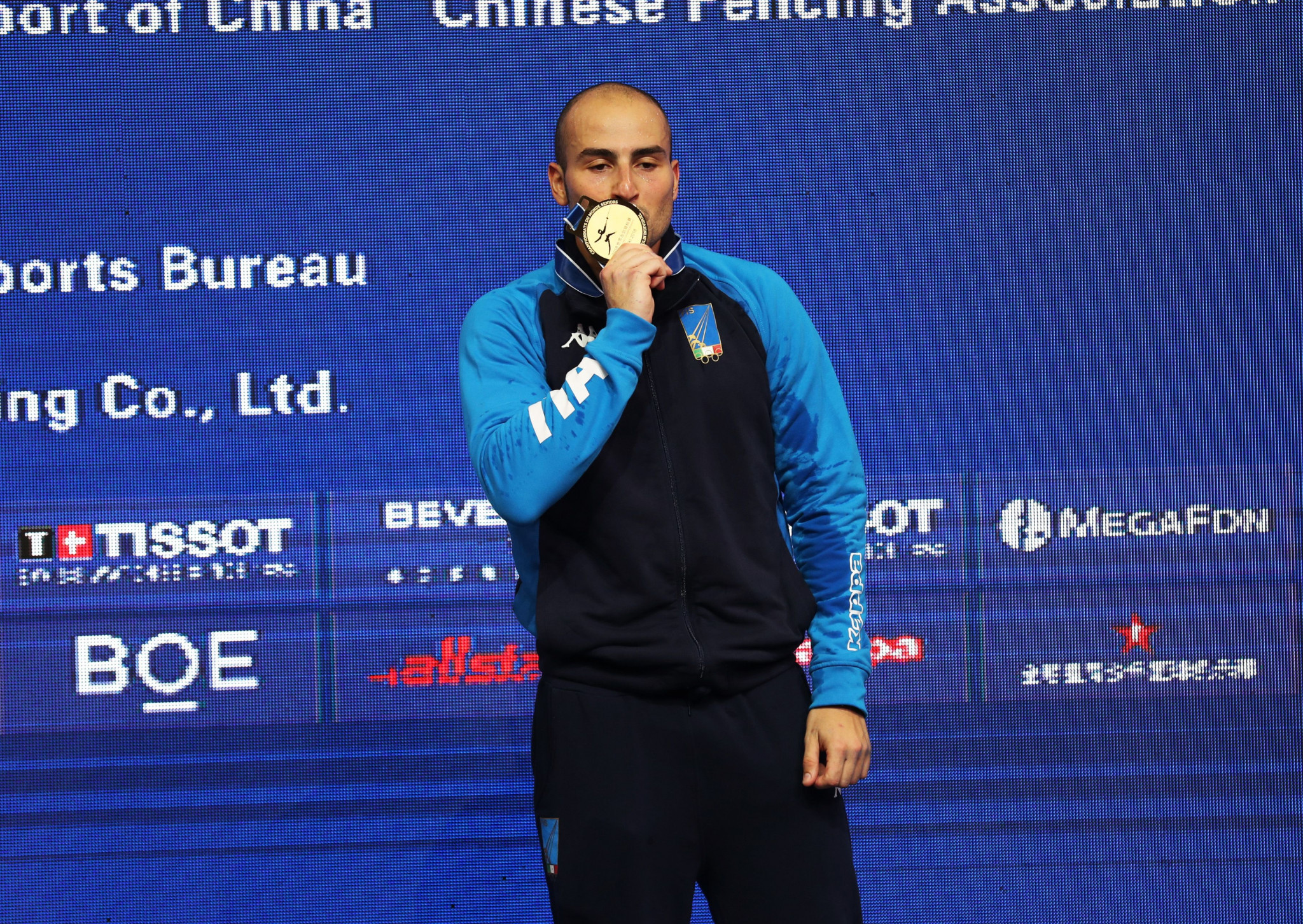 Foconi won the men's foil title in the Chinese city while Pozdniakova captured top honours in the women's sabre.

The Italian won team foil gold with his country at least year's World Championships in German city Leipzig but has now added the top individual prize.

He defeated Britain's Richard Kruse in the final at the Wuxi Sports Center Indoor Stadium, 15-8.

Reigning world champion Dmitry Zherebchenko of Russia did not progress past the round-of-64 where he faced Algeria's Hamid Sintes.

Pozdniakova was one of three Russian medallists on the women's sabre podium.

She defeated compatriot Sofya Velikaya, the Rio 2016 team gold and individual silver medallist, 15-13 in the final.

That came after a 15-6 win over American Anne-Elizabeth Stone in the last four.

Velikaya beat another Russian in Yana Egorian, the reigning Olympic champion, in her semi-final in what was a repeat of the Rio 2016 gold medal match.

Team events will begin at the World Championships tomorrow, with the women's epee and men's sabre competitions decided.