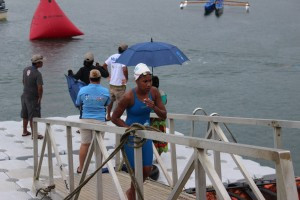 Palau won a fourth swimming gold medal at the Micronesian Games in Yap as they triumphed in the mixed open water five kilometre relay.

The event was the last of the five swimming disciplines contested at the multi-sport event.

Noel Keane led out the Palau team and trailed Kento Akimaru of the Northern Mariana Islands at the first changeover.

However, Palau moved well clear when Keane passed to Osisang Temengil who put distance between her nation and their rivals.

Palau eventually won by a margin of four minutes and 18 seconds.

Elsewhere, the basketball finals were decided with Guam and the Marshall Islands meeting for both gold medals.