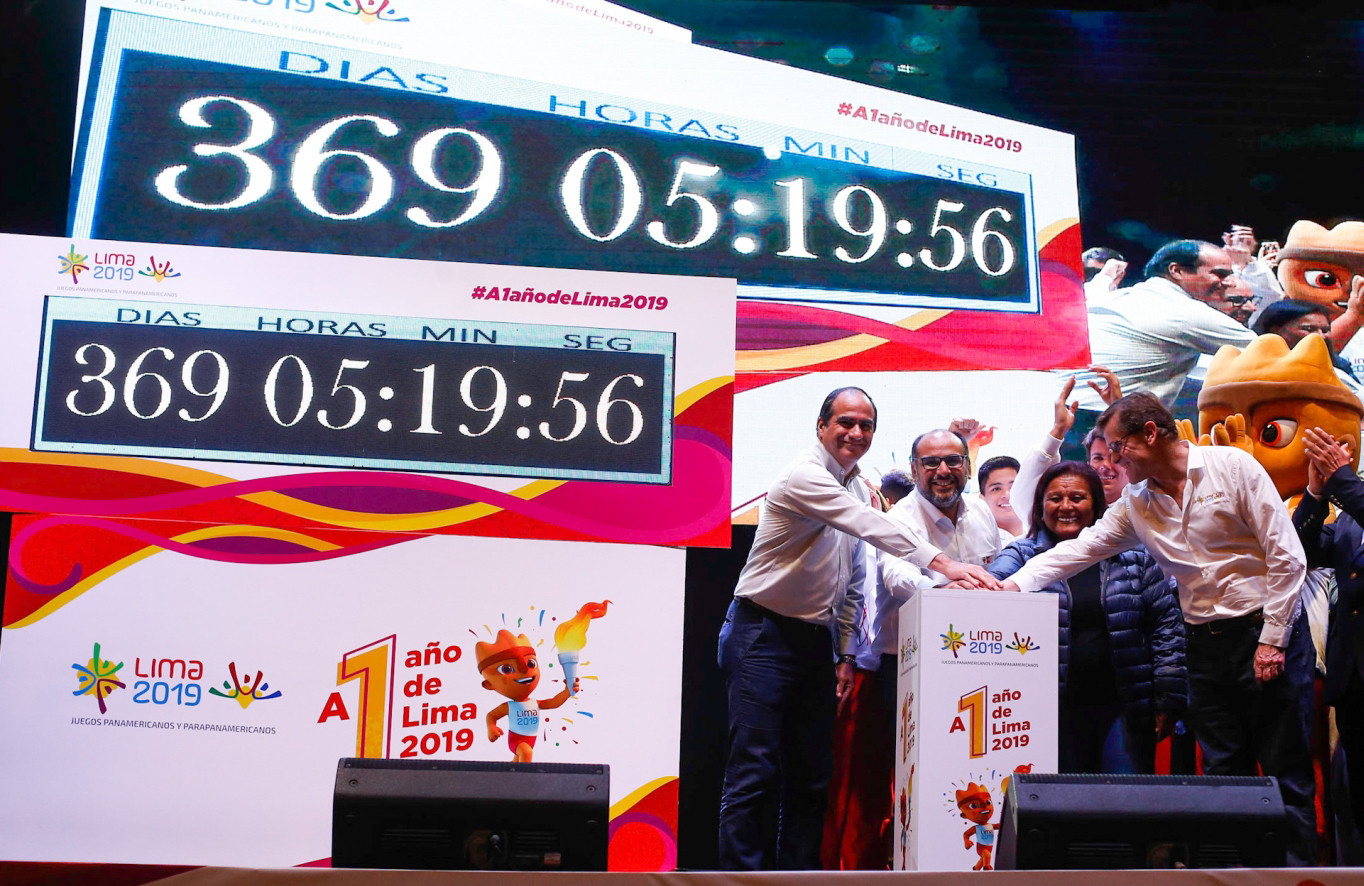 Thousands of Peruvians have descended onto Lima’s Historic Centre to celebrate the one-year countdown until the city plays host to the 2019 Pan American and Parapan American Games.

Sporting demonstrations were set-up across the Historic Centre in order to familiarise members of the public with sports and Para-sports set to take place during the Games.

A meet and great zone was also established for members of the public to engage with a selection of Peru’s top athletes and Para-athletes who will take part in the Games next year.

It culminated in the unveiling of a Lima 2019 clock which started the countdown to the biggest sporting festival ever to be held in Peru.

"Today we celebrate an important milestone on our journey to hosting Peru’s largest-ever sporting event," Neuhaus said when addressing members of the public at the Plaza de Armas.

"We are preparing the right Games for Peru and Panam Sports.

"Our Games will feature world-class and sustainable venues designed for maximum social and sporting legacy.

"We are building many of these venues in under-served neighbourhoods to ensure the legacy affects these communities.

"The Parapan American Games will also create opportunities and improve accessibility for people with an impairment across Peru."

A pre-recorded message from Paolo Guerrero, the Peru national football team’s record goalscorer and captain, was also screened to members of the public at the Plaza de Armas.

"In one year, Lima will host the biggest sporting event on the continent - the Pan American and Parapan American Games," he said.

"As a Peruvian, I feel immensely proud as this is a great opportunity to prove that we can compete at the highest level, always in the spirit of fair play.

"The Games are also a great opportunity to build modern sporting infrastructure that will be left as a legacy for all of Peru.

"For that reason, I ask you to not put away your jerseys.

"Keep supporting us and together we can show the world that we can add commitment to our enthusiasm in order to achieve our dreams.

"Let’s all get ready for the Games."

The Lima 2019 Pan American Games will see approximately 6,700 athletes from 41 countries compete in 39 sports and 62 disciplines.

The Games are due to take place from July 26 to August 11.

The Lima 2019 Parapan American Games, set to attract 1,890 athletes competing in 17 sports and 18 disciplines, are scheduled to be held from August 23 to September 1.

Earlier this month, Panam Sports President Neven Ilic praised the "progress" being made by Lima 2019, but urged organisers to maintain their intensity as the Pan American and Parapan American Games approach.

Ilic made the comments following a two-day visit to the host city, where several key venues were inspected.

He was joined by Neuhaus, along with Panam Sports secretary general Ivar Sisniega and Lima 2019 liaison Mario Cilenti.

The delegation visited the VIDENA sports complex, which will be a major hub during the Games.