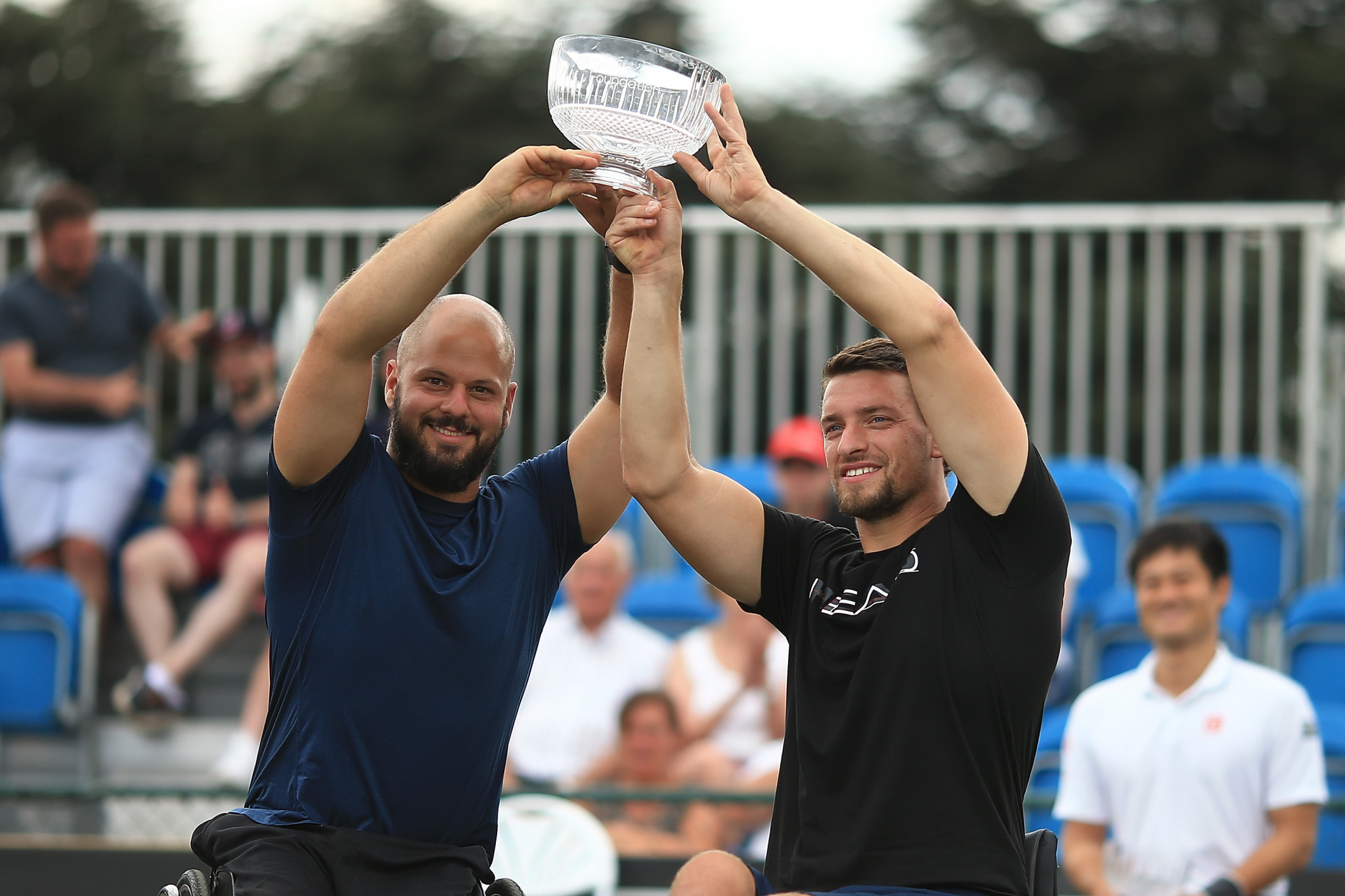 The pair took the title by beating Argentina's Gustavo Fernandez and Japan's Shingo Kunieda 6-4, 6-3 this afternoon, on a day that saw four different doubles draws decided at Nottingham Tennis Centre in this Super Series event on the International Tennis Federation Uniqlo tour.

“It’s amazing, first winning The Championships at Wimbledon in singles and now actually playing that kind of match with Jo in the doubles final here, it’s unbelievable," Olsson said.

Earlier, Kunieda had beaten his doubles partner Fernandez in a singles match postponed last night due to the rain.

Kunieda, the number one seed, eventually won 6-3, 5-7, 6-3 following nearly two hours of play after it had been stopped at 5-3 last night.

In the women’s doubles the top seeds Diede de Groot from The Netherlands and Yui Kamiji from Japan took that title, beating Sabine Ellerbrock from Germany and Charlotte Famin from France 6-3, 6-0.

The mixed doubles was won by Lucy Shuker from Great Britain and Frenchman Stephanie Houdet after they won their match against Dana Matthewson from the US and Britain's Alfie Hewett 6-3, 7-5.

Tomorrow is due to see all the singles finals contested, including Kunieda versus Houdet.