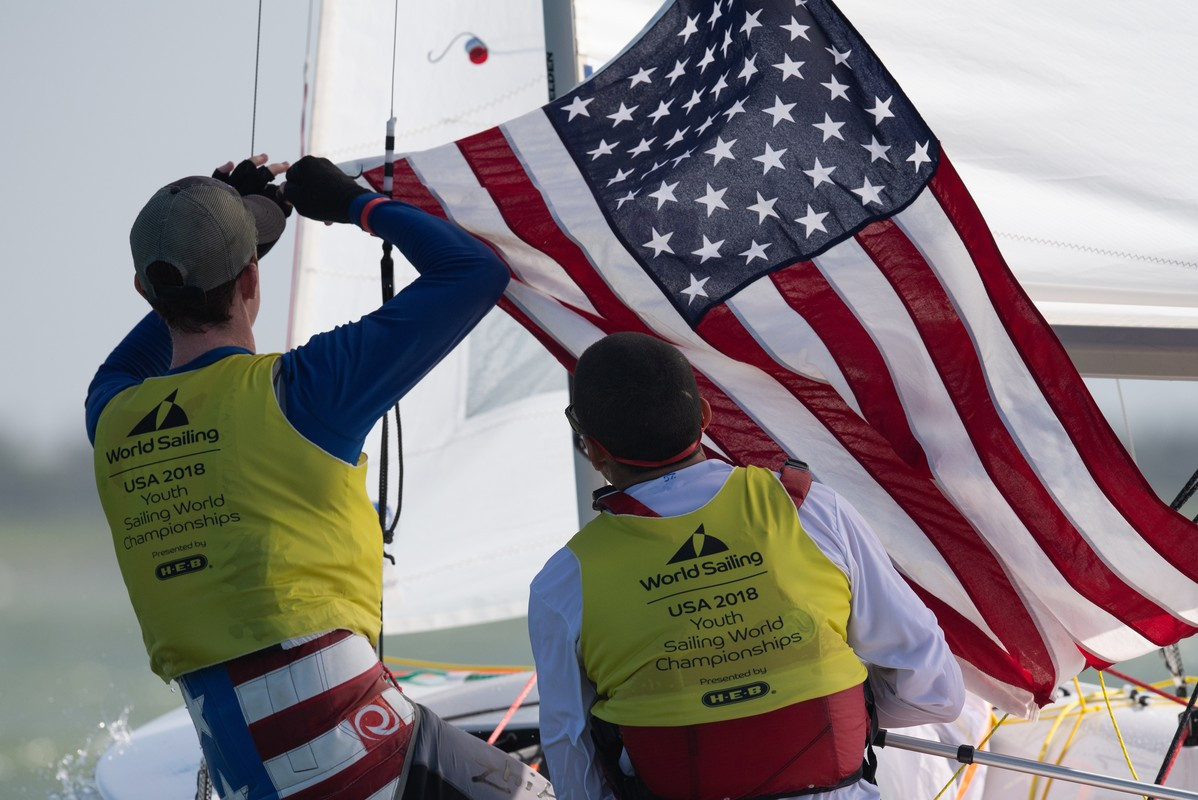 The United States claimed three gold medals at the Youth Sailing World Championships today on home water, each with one race to spare.

In total six different classes were decided today, with the US claiming victory in the boys' RS:X, girls' laser radial and boys' 420 at Corpus Christi Bay in Texas.

The other golds went to Great Britain, Argentina and New Zealand in the girls' RS:X , Nacra 15 and boys' laser radial respectively.

In the boys' RS:X Geronimo Nores now has an unassailable 16 point lead with one race to go.

From his 11 counted races so far, he has scored eight wins and still plans to race tomorrow even though he does not need to.

"I'm lucky that this is one of the times that it did."

The penultimate day of the #YouthWorlds was action-packed!

And we have some medal-winners already! 🥇😁

Nores' win tops a remarkable return from illness, having only returned to sailing a few months ago after being diagnosed with severe diabetes.

He now has a working dog alongside him at all times to alert him if his blood sugar levels drop too low.

The other US sailors to win gold today were Charlotte Rose in the girls' laser radial and Joseph Hermus and Walter Henry in the boys' 420.

Rose sealed her gold by winning both races today, meaning she now has an 11-point lead over Emma Savelon of The Netherlands and cannot be reached.

It later emerged that she had sailed the second race with a broken boat and still won.

"My ratchet block broke in between races and we didn't have time to replace it.

"I was just hanging on for the second race."

The ratchet prevents the mainsheet from running out when loaded up under the pressure of the wind.

That Rose was able to sail without it in 18 to 22 knots is a testament to her strength.

In winning the gold today Rose has retained her title, becoming the first person to do so in the last 10 years.

In contrast, Hermus and Henry had a simpler time of it in the boys' 420.

A first and fifth place finish in today’s races was enough to seal the gold with an 11-point gap.