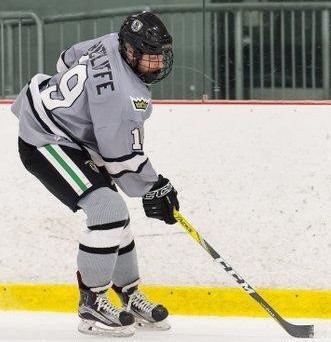 An ice hockey player from New Zealand is set to become the first man from his country to play in the National Collegiate Athletic Association, a breeding ground for many National Hockey League (NHL) stars.

Ratcliffe made his New Zealand Ice Blacks debut at 17 but has spent the much of his time at the The Canadian International Hockey Academy near Ottawa for four years since 2012 before playing junior ice hockey.

It is a long way from the start he had in the sport.

"We just played on roller blades on the street where I lived and we borrowed some hockey sticks from some of the other kids and I just loved it from that moment on," Ratcliffe told Fairfax Digital.

"None of my family were into ice hockey so we had to do some research on where I might be able to play and of course found the ice rink here in Christchurch and the rest is history."

Among Westfield State University's most notable alumni is Peter Laviolette, who played for New York Rangers in the NHL and is now one of the sport's most successful coaches.

He has coached three different teams to Stanley Cup finals and was also in charge of the United States team at the 2006 Winter Olympics in Turin.

They finished second in Division II Group B of this year's IIHF World Championships.

Ratcliffe follows in the footsteps of Auckland's Grace Harrison.

She earned a Division I one ice hockey scholarship as a women's goalie at St Lawrence University in upstate New York.