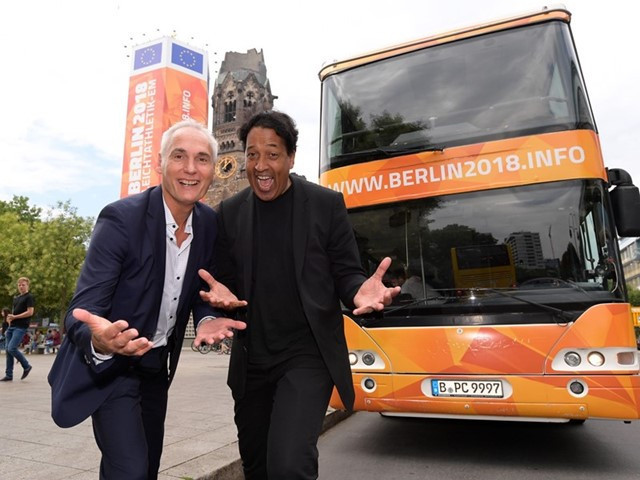 More than a quarter-of-a-million tickets have been sold for next month's European Athletics Championships in Berlin, German organisers have announced.

The event is part of the inaugural multisport European Championships which Germany's capital is co-hosting with Glasgow.

"The Saturday evening session in Berlin's Olympic Stadium is almost sold out.

"In the coming weeks we hope in particularly to further mobilise the people of Berlin and Brandenburg."

A key innovation at this year’s European Athletics Championships, due to take place between August 7 and 12, is the "European Mile" at the Breitscheidplatz in the City-West area of Berlin and which will offer sporting and cultural events during the event.

The square will be transformed during the Championships to accommodate the finish of the marathon and walking events.

It will also host the men’s shot put qualification and nightly victory ceremonies - this will be the first time since the Championships began in 1934 that medals will be awarded in the host city centre.

"Athletics is taking an innovative and important step by bringing the victory ceremonies to the city centre," Konstantin Krause, director of the European Mile and winner of a  long jump silver medal at the 1992 European Athletics Indoor Championships, said.

Krause added: "Our emotional performances with custom-composed fanfares, national anthems sung a cappella and 3,000 visitors in the arena at the Breitscheidplatz will create a very special atmosphere that we have never experienced before."

The outfits of the hosts of the victory ceremonies have been revealed and the clothing is made by a Berlin label located in the Bikini Berlin.

Clothes are provided by LABO.ART and shoes by Superga.

The daily programme on the European Mile stage will be led by television presenters Verena Wriedt and Matthias Killing.

Michael Schulte, a fourth-place finisher in the 2018 Eurovision Song Contest, will lead the music for the Opening Ceremony.

Special highlight of the daily programme in the Breitscheidplatz, organisers are promising, will be the daily Golden Hour featuring the victory ceremonies.

Athletics is one of seven sports brought together for the first edition of the European Championships.

Athletics will take place in Berlin, while aquatics, cycling, golf, gymnastics, rowing and triathlon will be held in Glasgow between August 2 and 12.