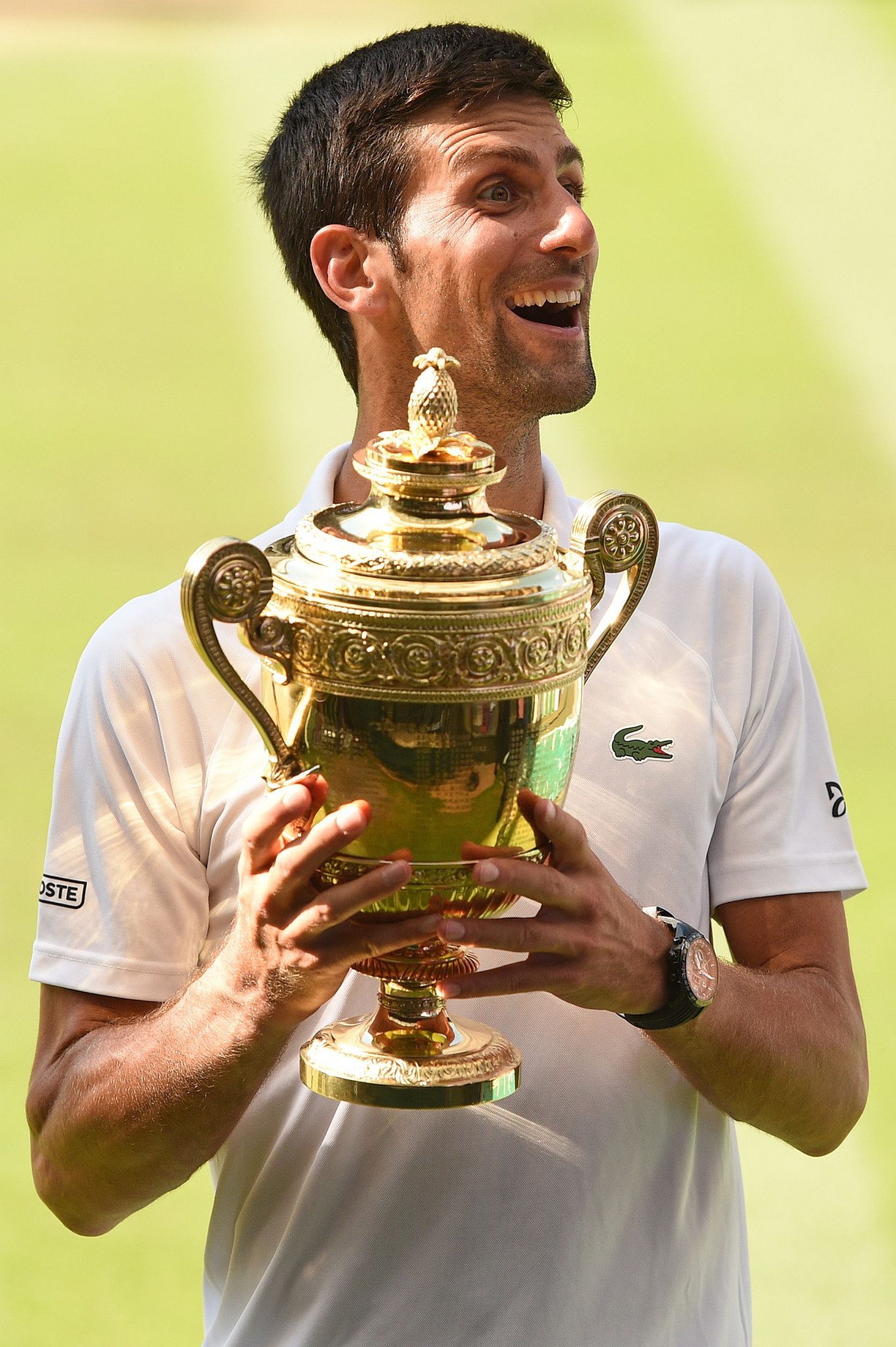 The Serbian dominated the men's game earlier this decade, holding the number one ranking for a record 223 weeks and completing a career Grand Slam.

But his form and fitness have since dipped, with injuries and personal issues leading to him dropping out of the world's top 20 for the first time since 2006.

Seeded 12th, he came into Wimbledon on the back of a frustrating year blighted by an elbow injury, but had looked close to his best in his run to the last four on the grass at the All England Club.

His opponent in the final had appealed to event organisers to devise a better method for determining final set victories after a semi-final against John Isner of the United States that turned out to be the second longest Grand Slam match ever played as he eventually won the fifth set 26-24 to end the match at six hours and 35 minutes.

That had a knock on effect for Djokovic, however, as he and his opponent in the second semi-final, Rafael Nadal, were delayed in their start and had to complete their match yesterday after Friday's (July 13) play was halted at 11pm with Djokovic leading by two sets to one.

The Serbian, 31, quickly took control to win the opening set in 29 minutes, breaking twice more in the second set.

Djokovic saw off five set points in an even third set before dominating the tie-break to seal victory.

He dropped to his haunches just inside the baseline as Centre Court rose to acclaim the champion, hugging South African Anderson at the net before skipping over towards his box and celebrating wildly in front of his coaching team and wife Jelena.

"There is no better place to make a comeback, it's a sacred place for the world of tennis, it's very special."

He is now in outright fourth place on the all-time list of Grand Slam men's singles title winner moving clear of Roy Emerson and closing the gap on Roger Federer with 20 Nadal with 17 and Pete Sampras with 14.

Meanwhile, the 32-year-old, 6ft 8in tall South African is left searching for his first Grand Slam title having now lost two finals, the first being at the US Open last year when he was beaten by Nadal.