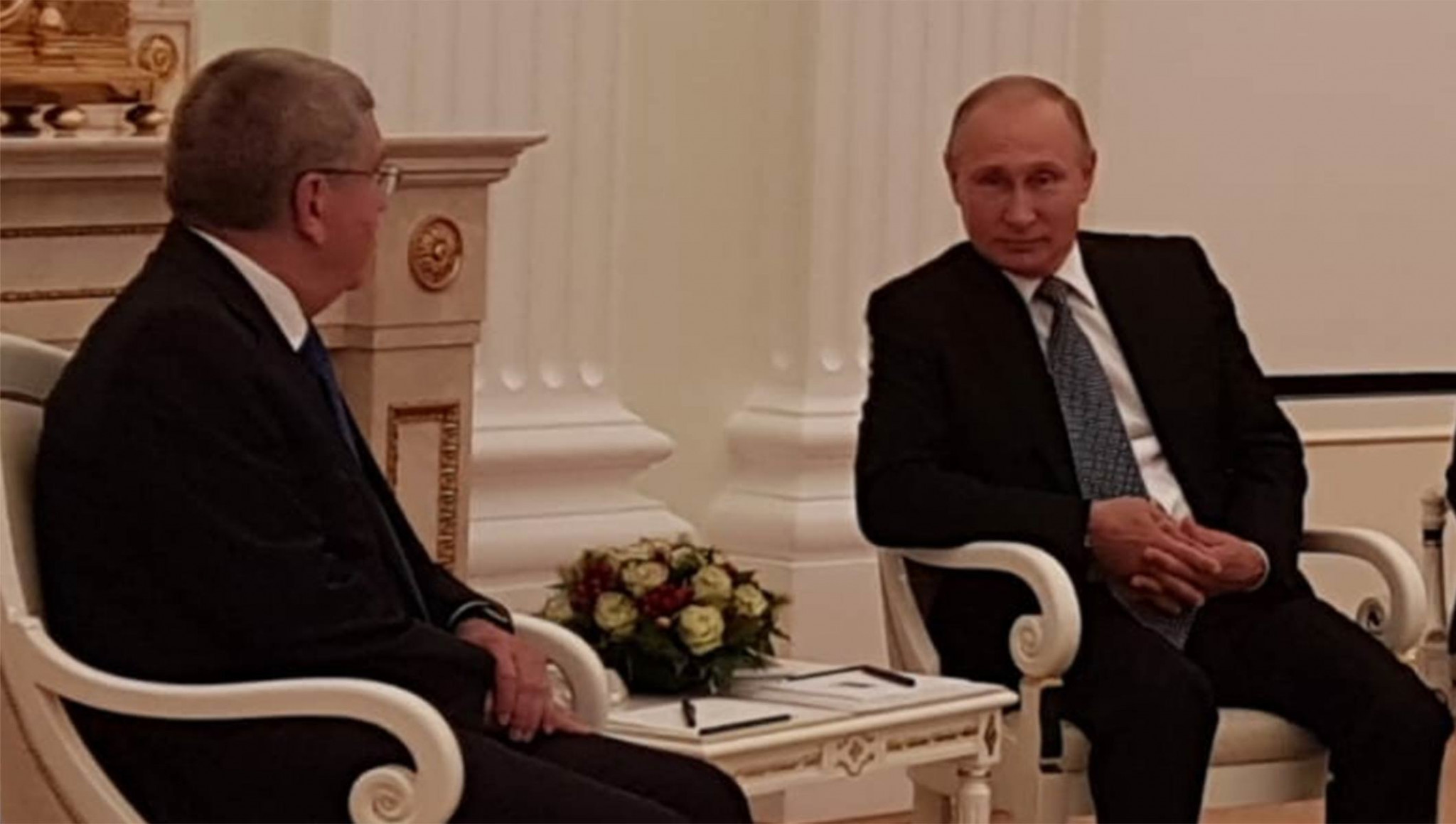 International Olympic Committee (IOC) President Thomas Bach has congratulated Russian President Vladimir Putin on the success of the FIFA World Cup and claimed it was time to bring "Russian sport fully back into the international sports community" following the Sochi 2014 doping scandal.

Bach met with Putin for the first time since the allegations of institutional doping by the home team at the Sochi 2014 Winter Olympics.

According to an IOC press release, the leaders discussed the development of sport in society in Russia, in particular following the sanctions taken at Pyeongchang 2018.

Russian athletes competed under a neutral flag at the South Korean Games but the suspension of the country's National Olympic Committee was lifted immediately after, and the IOC have since shown willingness to allow the world's largest nation to return to the fold.

"They both agreed that in the interests of Russian athletes, now was the time to re-enter into a dialogue, to look to the future and to bring Russian sport fully back into the international sports community," the IOC stated.

"President Bach noted that in the interests of clean Russian athletes and for all athletes from around the world, the reinstatement of RUSADA [Russian Anti-Doping Agency] by WADA [World Anti-Doping Agency] was of the highest importance - and that the IOC would advise the Russian Olympic Committee (ROC) to undertake the necessary remaining steps in this direction to allow Russia to once again play a full and active role in the Olympic Movement.

"President Bach also informed him that, as part of this process, on Monday he would meet with the newly elected NOC President, Stanislav Pozdnyakov, and other representatives from the ROC to re-establish dialogue and cooperation."

This is the acceptance of the outcomes of the WADA-commissioned McLaren Report and the opening of the Moscow Laboratory up to WADA inspectors.

The IOC added that Bach gave details about the support the IOC is giving to a number of new ROC projects.

This is claimed to range from educational seminars aimed at developing a strong anti-doping culture among athletes, to new agreements with training centres.

These centres across Russia are claimed to provide opportunities for athletes and coaches, particularly from former Soviet republics.

Bach's meeting with the Russian President coincided with the tradition of accepting an invitation to the final of football's showpiece event.

The IOC President was invited to the final at the Luzhniki Stadium by FIFA President Gianni Infantino, where he watched France's 4-2 win over Croatia.

He accepted a similar invite from Infantino's predecessor Sepp Blatter to attend the 2014 final in Rio de Janeiro, where he witnessed his own country Germany beat Argentina 1-0.

Putin, prior to the final, claimed myths about the country have collapsed during the tournament.

At the end of the month-long tournament, the Russian President said their hosting of the World Cup has proved a success.

"Russia was getting ready for the championship substantially and responsibly, and we are sincerely glad that it has been a success and has united millions of people," Putin said, according to Russian news agency TASS.

"Our efforts have been properly praised by the athletes, who were offered the best conditions for showcasing their best capabilities, and by media representatives, since the staff of the championship's 11 media centres were working round the clock to help them, and certainly, by the fans.

"We are thrilled that our guests saw everything with their eyes and that myths and prejudice collapsed.

"On the eve of the final of the world's chief soccer tournament, I am convinced that we are united by similar feelings.

"We are looking forward to the match which will name the leader of international football.

"On the other hand, we are sad because the grandiose festival of sport that has given us so many positive emotions, vivid impressions and new friends is almost over."