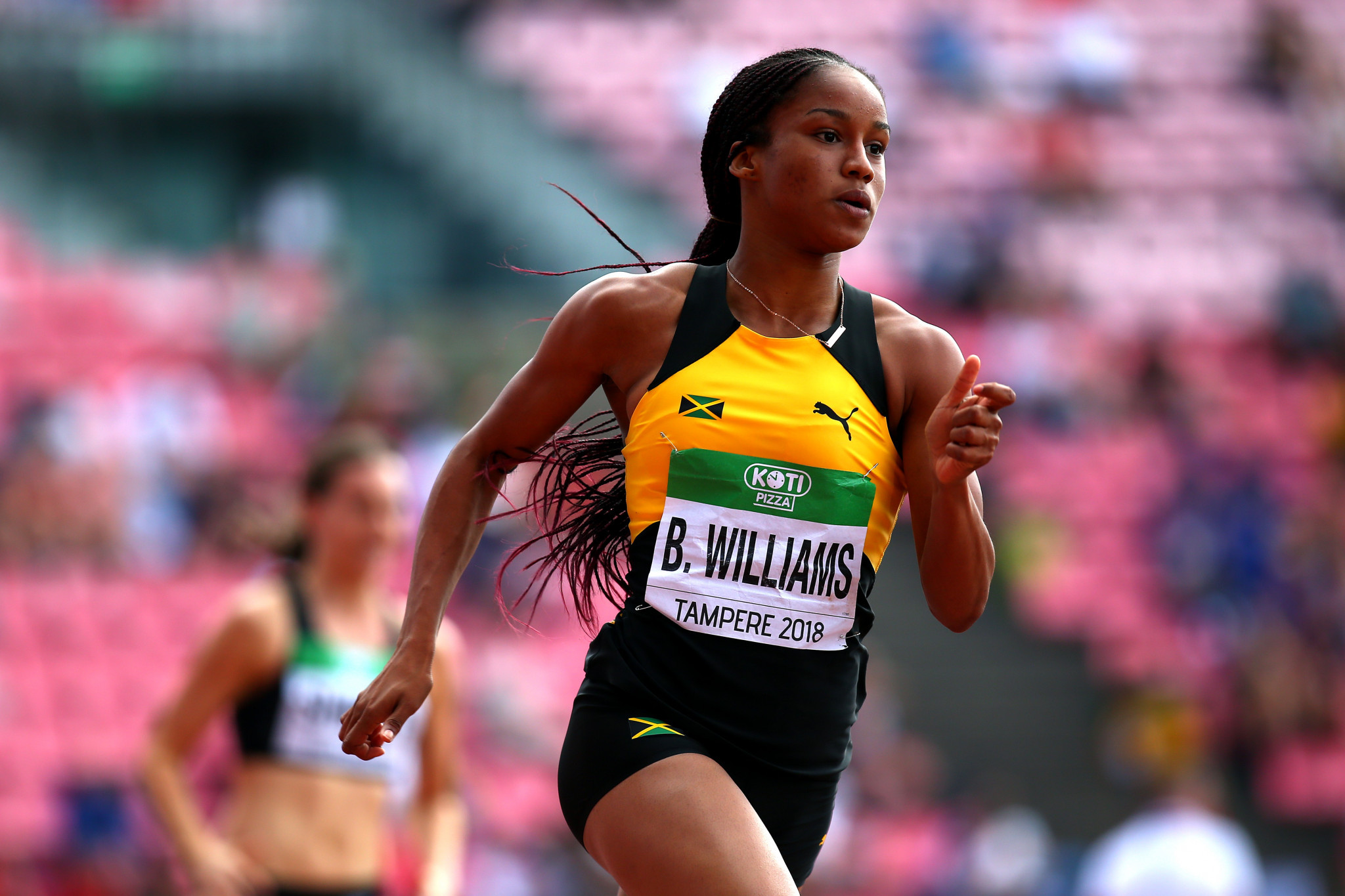 Sixteen-year-old Briana Williams, the surprise women's 100 metres champion at the World Under-20 Championships in Tampere, today became an even more unlikely double champion as she set a Championship record of 22.50sec in the 200m.

The penultimate day of action at this biennial International Association of Athletics Federations (IAAF) competition in Finland featured some of the biggest names in junior athletics, including Ethiopia's world indoor 3,000m silver medallist Selemon Barega, who failed to defend his 5,000m title, and Sweden's prodigious pole vaulter Armand Duplantis, who won in a Championship record of 5.82m.

But the biggest talking point of the session at the Ratina Stadium was the performance of the fresh-faced Jamaican sprinter who is coached by the 1997 world 200m champion and former world under-20 100 and 200m gold medallist Ato Boldon.

Despite having unexpectedly beaten world under-20 leader Twanisha Terry in the shorter sprint earlier in the week, Williams was not tipped to do as well in her secondary event as she had never bettered 23 seconds and was up against a formidable American duo.

However, drawn in lane three, Williams had a marginal lead on the US's Lauren Rain Williams as they entered the straight.

Showing no signs of fatigue in her sixth race in four days, she then extended her lead in the second half of the race.

Rain Williams finished a distant second in 23.09 with Poland's Martyna Kotwila taking bronze in a personal best of 23.21.

Diaz led from the outset, jumping 16.84m and 16.91m before breaking the championship record with 17.15m in round three.

After a big foul in the fourth round, he matched his winning distance in round five before ending with a foul.

Duplantis, who has cleared a world under-20 record of 5.93 this season, waited until the bar was at 5.50 before joining the pole vault final.

Five men were still left in the competition as the bar moved to 5.60, but Duplantis - a bronze medallist in these Championships two years ago - was the only one to get over it, doing so on his first try.

He then sailed clear at 5.82 to smash the championship record of 5.71 set 12 years ago and ended his series with three unsuccessful tries at 6.01.

Despite his status as favourite Barega - bizarrely hauled out of contention for a 5,000m win at last week's IAAF Diamond League meeting in Lausanne by team-mate Yomif Kejelcha - could only finish fifth in the 5,000m final in Finland as the Kenyan whom he narrowly beat to gold at last year's IAAF World Under-18 Championships in Nairobi, Edward Zakayo, forced his way to the top of the podium.

In a busy sprint finish, Zakayo took gold in 13min 20.16sec, with team-mate Stanley Waithaka earning silver in 13:20.57 and bronze going to Norway's 1,500m silver medallist Jakob Ingebrigtsen in a European under-20 record of 13:20.78, breaking a mark that had stood to Britain's Steve Binns since 1979.

Sokwakhana Zazini became the fourth reigning world under-18 champion to win gold in Tampere, winning a tight 400m hurdles in 49.42.

They had to wait until the last event of the penultimate day of action, but the US earned their first gold medal of the championships by winning the men's 4x100m in 38.88.

The US and Jamaica had failed to reach the final of the women's event, but the race was not lacking in excitement.

Both of the under-20 winners from the IAAF World Race Walking Team Championships ended up taking gold medals in the 10,000m race walk events in Tampere.

After covering 25 laps of the track in uncomfortably warm conditions, China's world under-18 champion Zhang Yao won by just six thousandths of a second from the fast-finishing David Hurtado of Ecuador, with both being given the time of 40:32.06.

In the women's race, the same three medallists from Taicang filled the podium and in the same order.

Mexico's Alegna Gonzalez stayed away from the lead until the final 600m but the 19-year-old timed her effort brilliantly, pulling away from Ecuador's Glenda Morejon and Turkey's Meryem Bekmez to win her second major title of the season in a world under-20 leading time of 44:13.88.

Two gold medals were awarded in the high jump as Greece's Antonios Merlos and Mexico's world under-20 leader Roberto Vilches could not be separated on countback after they both cleared 2.23m on their first attempts.

A jump-off was an option but the two protagonists embraced each other warmly and were more than happy to split the spoils.