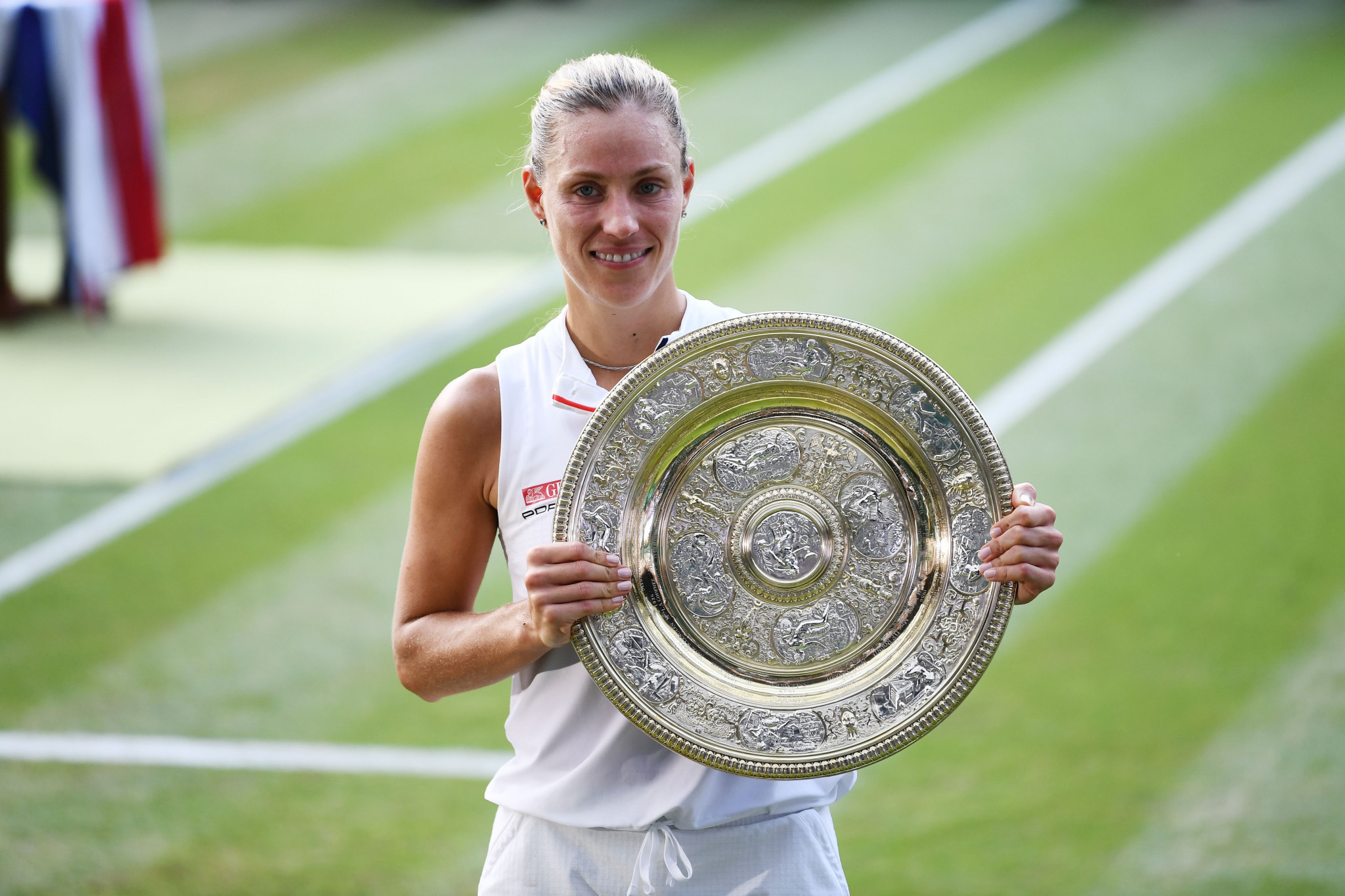 Kerber, 30, produced a powerful and controlled performance against the 23-time Grand Slam champion from the United States, winning 6-3, 6-3 to add this title to her 2016 Australian Open and US Open crowns.

Williams had been the favourite despite it being only her fourth tournament since giving birth to a daughter in September, after which she had severe health complications.

"When I was a little kid, I was always winning one time the Wimbledon title," said Kerber, the first German winner since Steffi Graf in 1996.

"To play against Serena is always an honour.

"She's the best player in the world and a champion."

International Olympic Committee President Thomas Bach was in today's crowd at the All England Club alongside British Royal Family members the Duchess of Cambridge and the Duchess of Sussex.

The two women finalists had to wait for their Centre Court moment until the Djokovic-Nadal semi-final was completed at the grass court Grand Slam this afternoon.

The Serbian led by two sets to one when play stopped at 23.02pm yesterday under the Centre Court roof following a first semi-final between Anderson and John Isner of the US that had lasted for six hours and 35 minutes, with the South African winning the fifth set 26-24 before suggesting that Grand Slam tournaments needed to produce a new way of finishing prolonged final sets.

The first semi-final was the second longest match ever played behind Isner's 2010 Wimbledon marathon against France's Nicolas Mahut, which lasted for 11 hours and five minutes.

Spain's Nadal, 32, seeking an 18th Grand Slam singles title, broke twice in the fourth set when play resumed today to level at 2-2, but then his Serbian opponent, who has 12 Grand Slams to his name, proved relentless in a towering final set to reach his first major final since the 2016 US Open.

Djokovic dominated the men's game earlier this decade, holding the number one ranking for a record 223 weeks and completing a career Grand Slam when he claimed the 2016 French Open.

But his form and fitness have since dipped, with injuries and personal issues leading to him dropping out of the world's top 20 for the first time since 2006.

Seeded 12th, he came into Wimbledon on the back of a frustrating year blighted by an elbow injury, but had looked close to his best in his run to the last four.

"It was very clear that very few things separated us.

"Until the last shot I didn't know if I was going to win.

"This kind of match is what you live for, you work for."