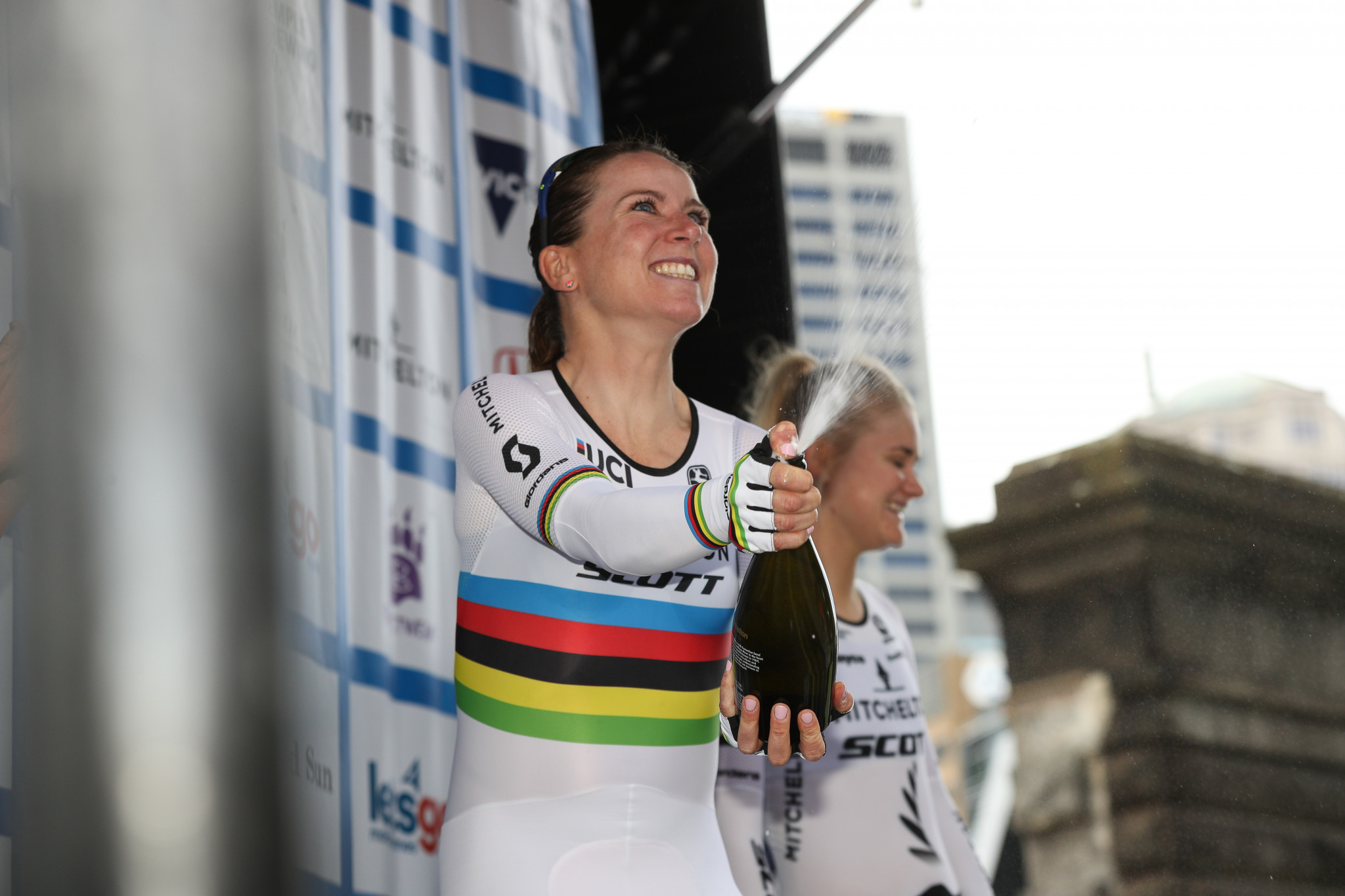 Annemiek van Vleuten of The Netherlands took a commanding lead in the Giro Rosa today, winning the stage seven time trial in Diga di Campo Moro by a margin of 2min 29sec.

The time trial was an uphill route, rising by 1,010 metres, and Van Vleuten completed it in a time of 46:06 seconds.

South Africa's Ashleigh Moolman-Pasio of Cervelo-Bigla, third behind Van Vleuten yesterday, was second in the time trial at 2:29 back.

Lucinda Brand of The Netherlands and Sunweb was third, 2:54 behind the winner.

At the time check, halfway though the course, Van Vleuten was 44 seconds in front of Moolman-Pasio.

The Dutchwoman pushed on hard at the top of Alte Gera di Campo Moro, although she admitted she was not aware of the time gap.

"I'm not sure of the time gap, but I gave it everything out there and I was completely empty at the finish, but also super happy," she said.

Van Vleuten now leads the overall race by 2:53 from Spratt, who was fifth today.

Moolman-Pasio is one second behind the Australian rider in third.

Tomorrow's stage eight will be a mostly flat race from San Giorgio di Perlena to Breganze, but it will be a long one at 121.6km.

On Saturday (July 14), the challenge of Monte Zocolan looms.

"After yesterday’s stage I was full of confidence today and I feel really good and it's great all the hard work paid off," Van Vleuten added.

"We're focused on the task in hand and we are taking it day by day, there is the Zoncolan coming up and it's a very hard climb, but we are riding very well and we can continue with confidence."