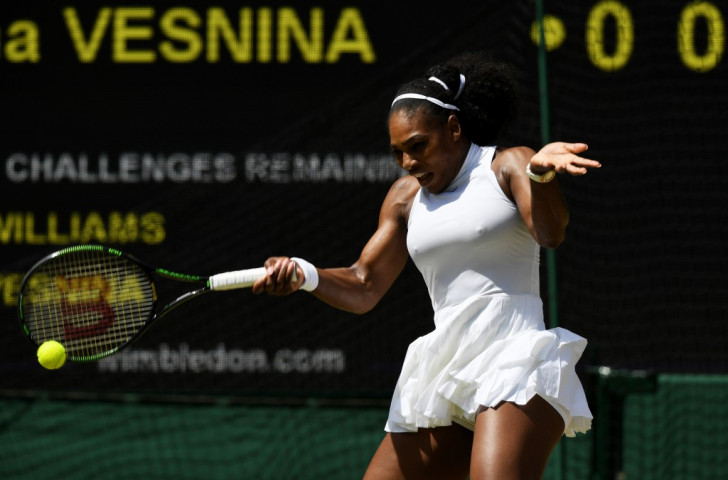 Serena Williams will face Germany's Angelique Kerber for an eighth Wimbledon singles title after both won their semi-finals in straight sets today.

Saturday's (July 14) final will be a re-match of the 2016 showpiece, which Williams won on the grass.

Williams will be seeking a record-equalling 24th Grand Slam title and her first since giving birth in September, after which she "nearly died".

Against a 13th seed who was making her Grand Slam semi-final debut, Williams, seeded 25th, won in an hour and 10 minutes.

"It's crazy, I don't even know how to feel because I literally didn't think I'd do this well in my fourth tournament back," said Williams.

"I don't have anything to lose and I feel I can play so free.

"This is not inevitable for me, I had a really tough delivery and multiple surgeries and almost didn't make it to be honest.

"I couldn't even walk to my mailbox, so it's definitely not normal for me to be in a Wimbledon final.

Williams only returned to the Tour in March.

Despite her maternity break, she is now into a Grand Slam final for the 12th consecutive year.

Kerber, seeded 11th, benefited from a series of errors from her talented but inconsistent Latvian opponent, a former French Open champion.

"It is such a great feeling to be back in the final and to play on Centre Court is always a great experience," said the 30-year-old German, who arrived at the peak of the game in 2016 when she reached the Wimbledon final and won the US and Australian Opens, as well as earning Olympic silver in the Rio 2016 singles, losing to Puerto Rico’s Monica Puig.

"I'm happy and proud to be in another Grand Slam final."