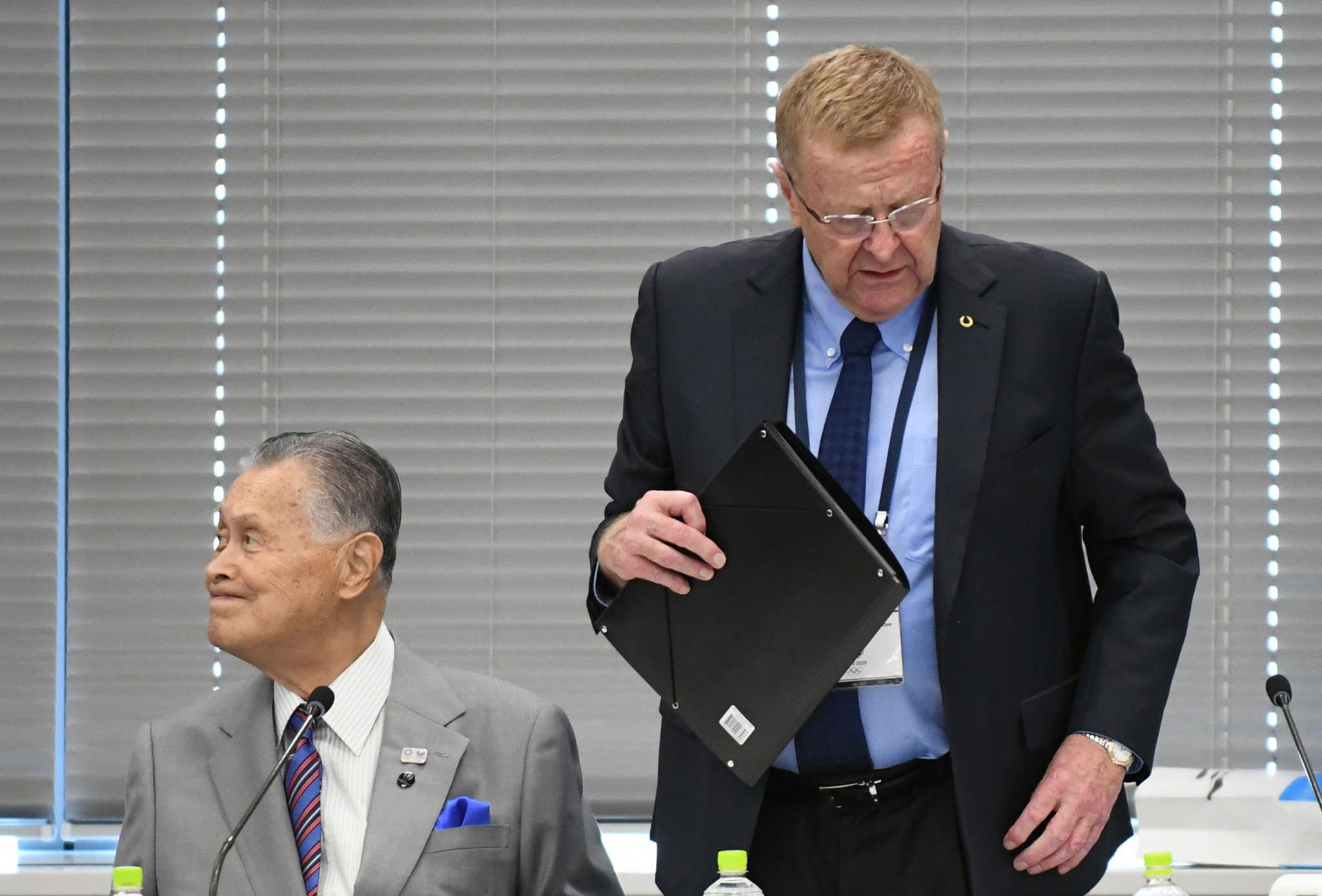 A total of 30 cost-cutting measures proposed by Tokyo 2020 could save around $100 million (£75.6 million/€85.5 million) from the running of the Olympic and Paralympic Games, International Olympic Committee (IOC) Coordination Commission chairman John Coates claimed here today.

The list of measures are currently being analysed by the IOC, who have promised to respond to Tokyo 2020 by August 1.

Coates, speaking at the conclusion of the Coordination Commission's sixth inspection visit to the Japanese capital, vowed that savings would be made right up until the Closing Ceremony of the Tokyo 2020 Olympic Games on August 9.

Rising costs have been among the main concerns of the IOC in the build-up to the Games in two years' time but the Australian claimed he was confident Tokyo 2020 would continue to reduce their spending.

Coates said National Olympic Committees (NOC) attending the Coordination Commisson meetings had agreed to a change in the date their athletes can move into the Olympic and Paralympic Village in one example of a cost-cutting measure.

The Athletes' Village was initially due to open 12 days before the Opening Ceremony on July 24 but it will now be available to competitors from 10 days prior to the start of the Games.

NOCs have seen the period they can have access to the facility to set-up for the event increased from four to six days as a result.

This will save money on staff, transport and catering, it has been claimed.

"These are just part of the savings and bigger savings have been made through the use of temporary facilities and a number of sports sharing a particular facility, for example," Coates said.

"This will be a process which continues through to the Closing Ceremony.

"I don't know what that exact figure is going to be but there will continue to be savings like that.

"When we see the operational planning we will be able to identify some of the other areas where we can save money and we will see what they come up with."

The Australian warned at the start of the Coordination Commission inspection that Tokyo 2020 must deliver an Olympics and Paralympics which justifies the cost of staging the Games.

Coates has continuously urged Tokyo 2020 to reduce costs because of fears their budget could potentially dissuade other cities from bidding for the Olympic and Paralympic Games in the future.

Several cities have recently rejected the idea of hosting the event because of financial concerns.

A revised budget of ¥1.35 trillion (£9.1 billion/$12.3 billion/€10.3 billion) was unveiled by Tokyo 2020 in December, with organisers claiming the number represented a significant reduction on previous figures.

A third version of the budget is due to be published later this year.