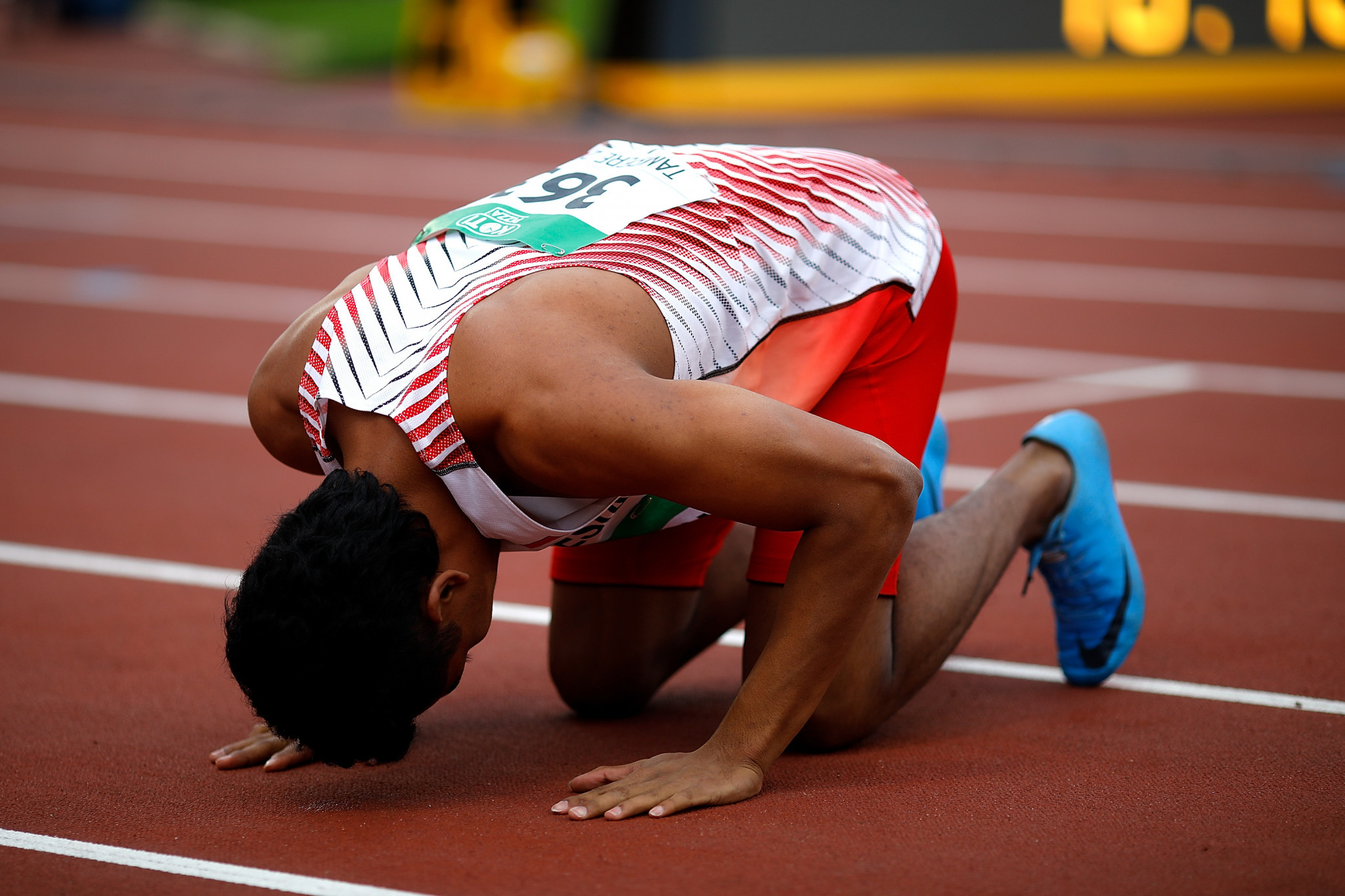 Lalu Muhammad Zohri scooped Indonesia's first ever medal at the International Association of Athletics Federations World Under-20 Championships in Tampere and did so in style by winning the showpiece men's 100 metres.

Japan also claimed two gold medals on the second day of competition in the Ratina Stadium.

Zohri triumphed in a national junior record of 10.18 seconds to stun the pre-race 100m favourites from United States.

Anthony Schwartz took silver in 10.22 while Eric Harrison took bronze in the same time - which was also a personal best.

Nozomi Tanaka took on of the two Japanese successes when winning the women's 3,000m in a personal best 8min 54.01sec.

Meselu Berhe and Tsige Gebreselama also each ran personal best times of 8:56.39 and 8:59.20 respectively but had to be content with silver and bronze for Ethiopia.

Yuki Hashioka then won the second in the women's long jump with a leap of 8.03m.

Ashley Moroney won the decathlon in an Australian 1-2.

He finished on a championship record haul of 8.190 to beat fellow countryman Gary Haasbroek, who was second on 7,798, and Switzerland's Simon Ehammer, third in 7,642.

Wesche then claimed shot put gold with a personal best of 17.09m.

Zhang Linru of China and Jorinde van Klinken of The Netherlands each managed 17.05m, but Zhang took silver and van Klincken bronze by virtue of their second longest throws.