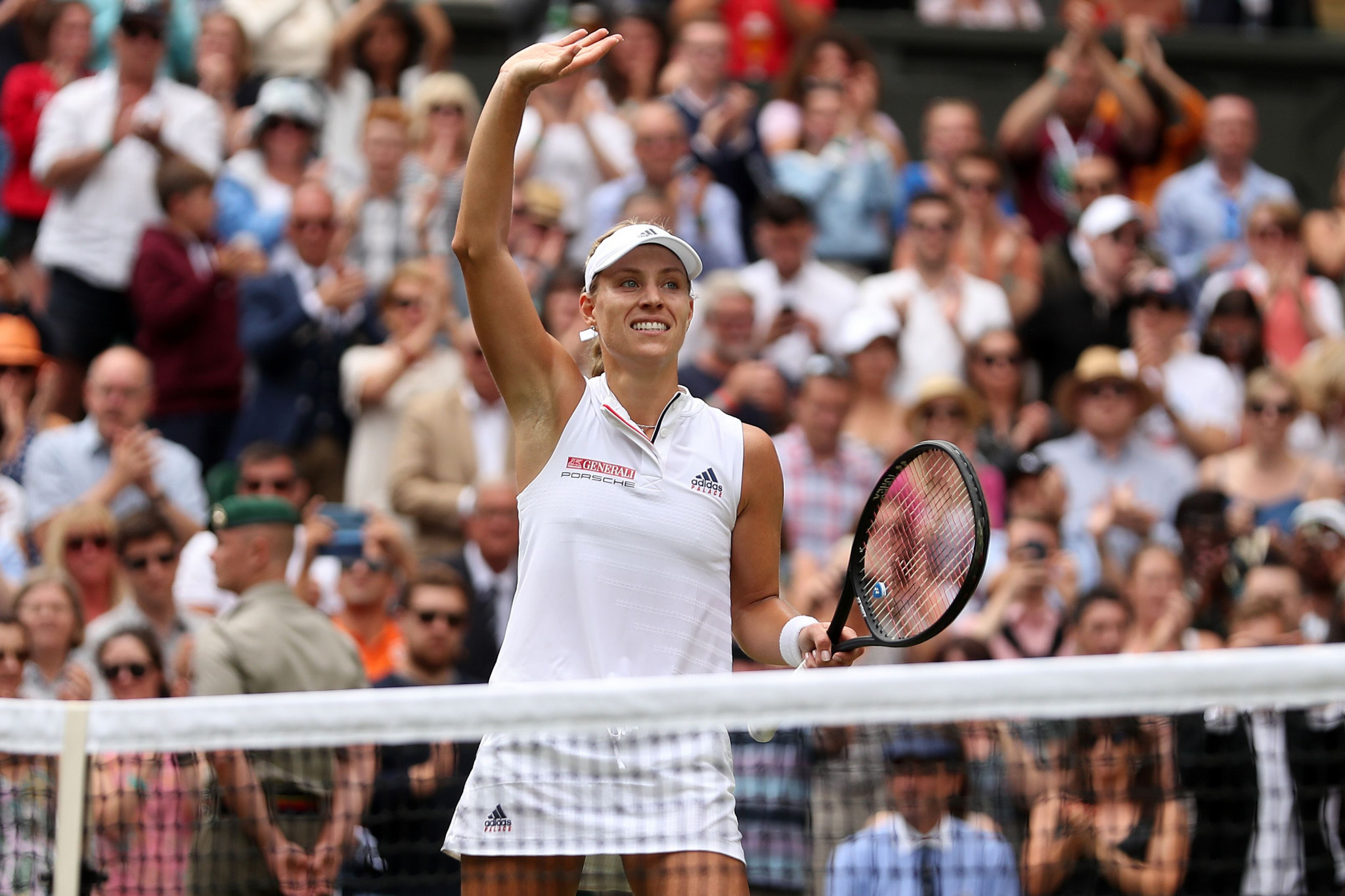 Germany’s Angelique Kerber is through to the women’s singles semi-finals at Wimbledon after the highest remaining seed beat Russia’s Daria Kasatkina in straight sets today.

It sets up a penultimate-round encounter with 12th-seeded Latvian Jelena Ostapenko, who beat Slovakia’s Dominika Cibulková 7-5, 6-4.

Two-time Grand Slam winner Kerber, who lost in her only Wimbledon final appearance to date in 2016, dominated the first set as 14th seed Kasatkina struggled to deal with nerves.

Kasatkina, 21, was more competitive in the second set but Kerber broke to go 6-5 up before serving out the match.

This was despite the 2017 French Open champion’s opponent having not previously lost a set throughout her previous four matches.

Also through to the semi-finals is 23-time Grand Slam champion Serena Williams who came from a set down to beat Italy’s Camila Giorgi 3-6, 6-3, 6-4.

The American, handed a seeding of 25 as she returns from giving birth last year, will next face Germany’s Julia Goerges, who beat The Netherlands’ Kiki Bertens 3-6, 7-5, 6-1, for a place in the final.

World number 52 Giorgi, competing in her first Grand Slam quarter-final, was the first player to win a set against Williams in this year’s tournament.

But she ultimately fell short as her opponent took a step closer to a seventh Wimbledon title and first since 2016.

In the men's singles, Argentina’s Juan Martín del Potro wrapped up a four-set win over France’s Gilles Simon to set up a quarter-final with world number one Rafael Nadal.

The fifth seed was two sets to one up on Simon when play in the last-16 tie was suspended yesterday due to bad light.

The win was secured with his fifth match point after Simon had saved four when Del Potro, the 2009 US Open champion, was serving for the match at 5-4.

The Argentine is through to the last eight at Wimbledon for the first time since 2013, when he reached the semi-finals before losing to Serbia’s Novak Djokovic in five sets.