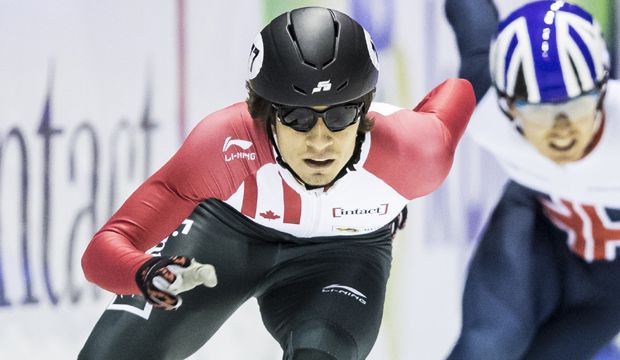 Canadian short track speed skater William Preudhomme has announced his retirement from the sport at the age of just 24.

He has opted to end his competitive career after suffering from concussions.

He won a bronze medal over 500 metres on his debut in Chinese city Shanghai in 2014.

Preudhomme said it was tough to keep returning to the ice following his head injuries.

"Every time, I was able to come back and perform at my best, but my body and head got more and more fragile," he said.

"It was time for me to retire.

"It was tough, but it was the smart decision to make.

"Still, I've been so fortunate to have been followed by great doctors and concussion specialists."

One of Preudhomme's career highlights was a silver medal in the team relay at the World Junior Championships in Warsaw in 2013.

"It was my first international competition and I only skated the relay, but was able to help the team win a silver medal," he said.

"Even now, this medal is the most recent one won by a Canadian junior men's team.

"That competition, though, really sparked my drive to be the best and to continue to qualify for the Canadian team, because it's an amazing feeling to wear the maple leaf."