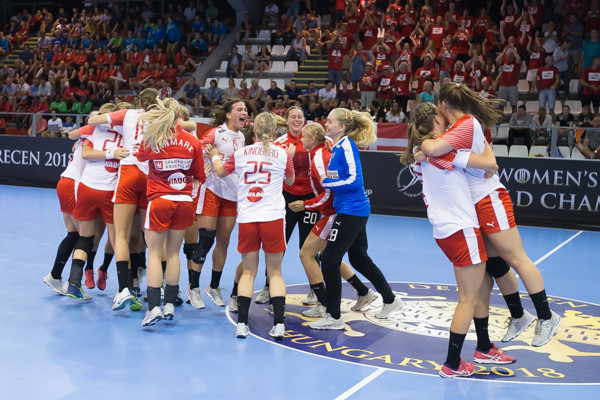 Hosts Hungary maintained their 100 per cent record at the Women’s Junior World Handball Championship in Debrecen as they defeated main rivals Norway 35-27 to qualify top of Group A.

Hungary are now due to meet Slovenia, who took the fourth qualifying place in Group B, in the round of 16 on Tuesday (July 10).

Norway are now scheduled to meet Iceland after taking place in a group where Brazil squeezed through as the fourth and last qualifier after beating Montenegro 20-16 at Főnix Hall to better Portugal on goal difference.

Brazil are now set to play Russia, winner of five out of five matches to top Group B, finishing off with a 27-15 result against South Korea today.

Fantastic night for @MKSZhandball 🇭🇺! They defeated @NORhandball 🇳🇴 35:27 to finish the preliminary round at the top of Group A 👏#Hungary2018 #anythingcanhappen pic.twitter.com/Rad4u4O6El

Denmark rounded off their Group C campaign with a thrilling 25-24 win over The Netherlands at the Hódos Imre Sports Hall, and are now due to meet Germany.

France beat Germany 25-24 to finish top of Group D with a perfect record, and will now meet Japan.