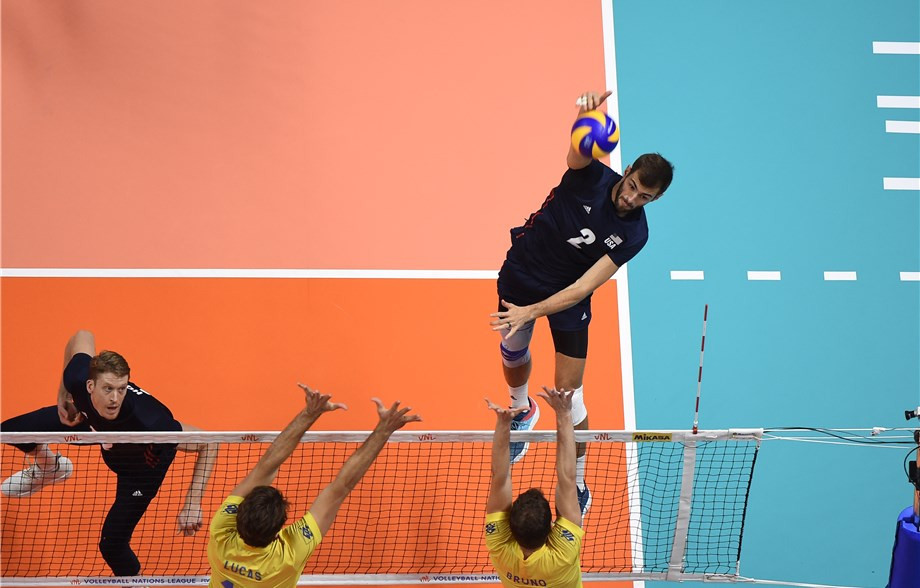 The United States have been announced as the hosts of the next three editions of the International Volleyball Federation (FIVB) Men's Nations League Finals.

The agreement, due to continue until 2021, will ensure the continued success of the flagship competition, according to the world governing body.

The finals conclude the Volleyball Nations League (VNL) season, which began with top 16 teams in each gender competing.

Six nations then qualified for the finals, with five days of competition then taking place to decide the overall winners.

Russia won the inaugural men’s title here today by beating hosts France in straight sets, with the Stade Pierre-Mauroy providing the venue for the first edition of the finals.

At the conclusion of their match Grammy award winning DJ Duo NERVO, who performed at the event, announced the US as the host of the next three editions.

"I am delighted that the US will host one of our biggest and most talked about events," Ary Graca, the FIVB President, said.

"The US is the biggest sports market in the world and presents significant commercial opportunities for our sport to grow and develop around the world.

"There are few countries which do sports presentation better than the US, so I have no doubt they will be excellent partners for us.

"The VNL has, in its first year, inspired our volleyball family, bringing together younger generations to play the game and creating a global dialogue.

"The popularity of volleyball in the USA continues to grow, and after some phenomenal matches in 2018, we are already looking ahead and planning a fantastic event in 2019."

The FIVB claim volleyball has enjoyed a significant growth in the US in recent years and is now one of the most popular sports in the country among young people.

It is hoped the finals will benefit from the popularity, ensuring athletes are assured of fantastic atmospheres.

The governing body also claim the US is a great fit of their event, asserting that the country is the world’s largest sports market and a leading nation in sports entertainment.

Among the main aims for the VNL was to create a new standard for both athlete and fan experience, with the FIVB highlighting their use of the latest innovations and technology to boost the sport for audiences, both in the crowd and watching on television.

This has included courtside DJs and dance moves that imitate volleyball movements, ensuring fans can become active participants, as well as helping to teach them more about the sport and providing entertainment during breaks in play.

"The United States is home to some of the world’s most successful sporting franchises," Jamie Davis, USA Volleyball chief executive, said.

"USA Volleyball’s partnership with the FIVB and the VNL will help us to put volleyball on par with these other sports, in terms of excitement, energy, professionalism and presentation.

"The popularity of volleyball continues to grow in the USA - it is the number one team participation sport for women and girls at high school and collegiate level, and the second-fastest growing boy’s high school sport, growing 15 per cent over the last four years.

"Hosting the VNL Men’s Finals is a great privilege for USA Volleyball and I believe can be the tool for inspiring millions more young people to take part."

The dates and location for the three VNL Finals in the US are yet to be decided, but the FIVB promised this will be announced in due course.

The FIVB also announced a partnership with Microsoft to launch a volleyball app, which allows fans to watch highlights, read latest news and discuss all the developments from each week in the VNL.

Competition in Lille followed the conclusion of the first edition of the women’s finals, which took place in Nanjing in China.

The US earned the inaugural title with a five set win over Turkey.

The FIVB claim the format of the event, competition rules and prize money are all equal, which they claim highlights their commitment to promoting gender equality.