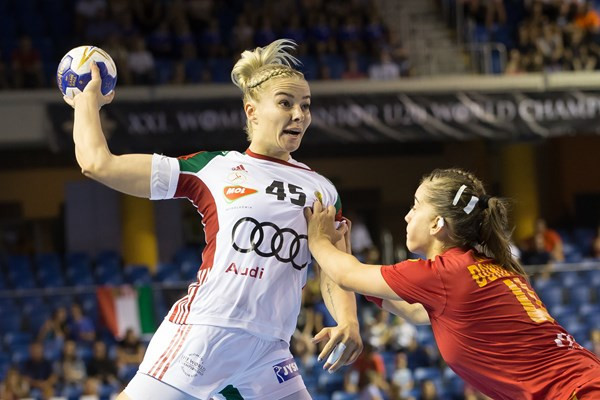 The home side in the Women’s Junior World Handball Championship in Debrecen, Hungary secured their third successive win today, moving up to six points on the Group A table with a 27-17 result against Montenegro.

Norway and Hungary will meet in the next group match to determine first place in the group before Brazil and Montenegro take the court for the clash that will decide Group A’s last two tickets to the eighth-finals.

In the Group C matches at the Hodos Hall venue Japan scored a last minute equaliser to earn a 34-34 draw with The Netherlands - which was nevertheless something of an anti-climax given they had led for 55 minutes.

Japan still need a positive result in their final game against Paraguay tomorrow to make the eighth-finals.

Holders Denmark went top of the group with a 42-23 win over Romania, who received two direct red cards late in the second half and seeing Daria Bucur leave the court on a stretcher after she landed awkwardly on her ankle.

Paraguay now go straight into the President's Cup, but they still hold the key to who qualifies as, if they defeat Japan and Angola beat Romania in their final games tomorrow, then the Romanians will join them in the President's Cup.

If Japan avoid defeat then they will qualify and Romania will only need to avoid a loss to Angola.