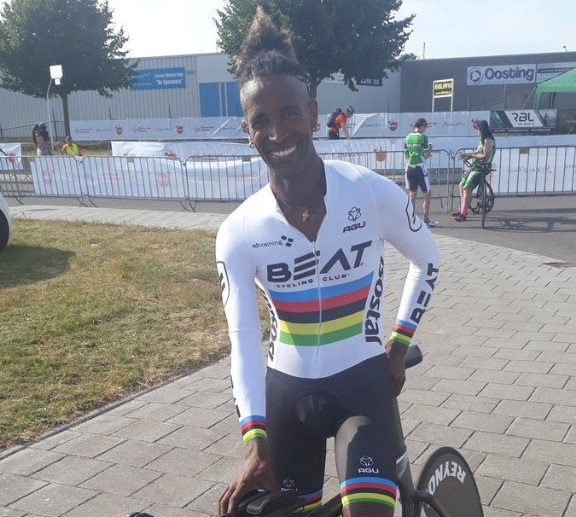 The Dutch rider triumphed in the men’s tandem competition with Timo Fransen on a day of time trials.

The duo completed the 16 kilometres course in a winning time of 28min 51.94sec.

They were followed by Spain’s Ignacio Avila Rodriquez and Poland’s Przemyslaw Wegner, 47 and 65 seconds down respectively.

Spain’s Gonzalo Garcia Abella won the men’s T1 event in a time of 30:36.64, with Italy’s Giorgio Farroni and David Geslot rounding off the podium over one minute behind the winner’s time.

Hans-Peter Durst continued added another World Cup gold to his collection, as the German won the T2 race in a time of 26:28.34.

United States’ Ryan Boyle was just six seconds off the pace to end as the runner-up and Spain’s Joan Reinoso Figuerola won the bronze medal at 1:44 down.

Further German success came in the men’s C1 event, with Michael Teuber recording a time of 22:48.21 to win the title.

William Lister was 37 seconds adrift to give the American the silver medal, while Germany’s Erich Winkler was 68 seconds behind Teuber’s time to round off the top three.

Canada’s Shelley Gautier was among the winners in the women’s time trials, clocking 37:41.31 to win the T1 competition.

Her sole challenge Yulia Sibagatova of Russia was second at 41 seconds down.

Australia’s Carol Cooke won the T2 event in 29:07.70, with Americans Jill Walsh and Monica Sereda completing the podium at 35 and 36 seconds behind respectively.

Anna Harkowska won the T5 race as the Polish athlete finished in 22:51.68, with Britain’s Crystal Lane-Wright second 11 seconds behind.

Canada’s Nicole Clermont was 1:19 behind the winner’s time in third.

Road races are set to take place for the next two days, with the World Cup  due to conclude with the team relay on Sunday (July 8).

The Dutch venue is scheduled to stage next year's UCI Para-cycling Road World Championships and the World Cup is viewed as an opportunity to assess their preparations.