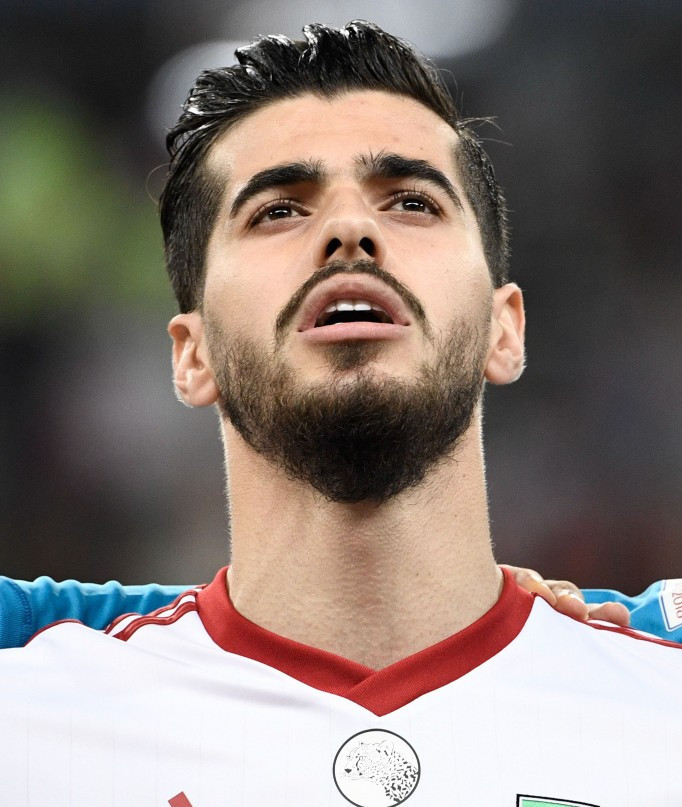 Reports have emerged in Russia that Iranian footballer Saeid Ezatolahi failed a drug test in out-of-competition testing shortly before the FIFA World Cup.

Ezatolahi, a 21-year-old central midfielder who plays for Russian club side Rostov, is quoted by Sport Express and other Russian media as having failed for a luteinizing hormone, which helps produce testosterone.

He played two matches at the FIFA World Cup, where Iran finished third in Group B,

There is no certainty that the case represents a doping violation, however, and there is a precedent for the hormone occurring naturally as a result of illnesses including cancer.

"In accordance with FIFA’s Anti-doping Regulations and the World Anti-doping Code, we cannot comment about anti-doping matters in relation to specific individuals except in case of a proven anti-doping rule violation," a FIFA spokesperson told insidethegames.

"That being said, FIFA is aware that information is circulating concerning an Atypical finding in relation to a player who participated at the World Cup.

"Speaking in general terms, please note that an Atypical finding is a report from a WADA (World Anti-Doping Agency)-accredited laboratory which requires further investigation by the FIFA Anti-Doping Unit prior to the determination of an adverse analytical finding.

"After the investigation has been completed, the player, his club, the Association concerned and WADA shall be notified, whether or not the Atypical Finding will be brought forward as an adverse Analytical Finding.

"To this date there has been no atypical finding determined as an Adverse Analytical Finding at the 2018 FIFA World Cup."

A later Sport Express article said that the result occurred during out-of-competition testing in Istanbul on June 2, but that the case is not being considered as a doping violation.

There is a precedent of athletes discovering the early signs of cancer after failing drugs tests for testosterone-producing hormones.

He recovered to win the 2016 European Championships and finish eighth at the 2016 Olympic Games in Rio de Janeiro.

English footballer Alan Stubbs was also diagnosed with testicular cancer in 1999 following a failed drugs test midway through a career which continued until 2008.

insidethegames has contacted the Iran Football Federation for more information.

There is no indication that Ezatollahi has been diagnosed with a condition such as cancer.

Ezatolahi in 2015 became the youngest goalscorer in the history of the Iran national football team at the age of 19-years in a 3–1 victory against Turkmenistan.

FIFA have claimed that more than 2,700 drug tests have so far been carried out on players at the World Cup in Russia - with no positive tests recorded and every player tested at least once.

The 2,700 figure, however, relates to tests conducted as part of "unannounced" pre-tournament testing between January 1 and June 13 and no figure yet exists for the numbers of tests conducted since.