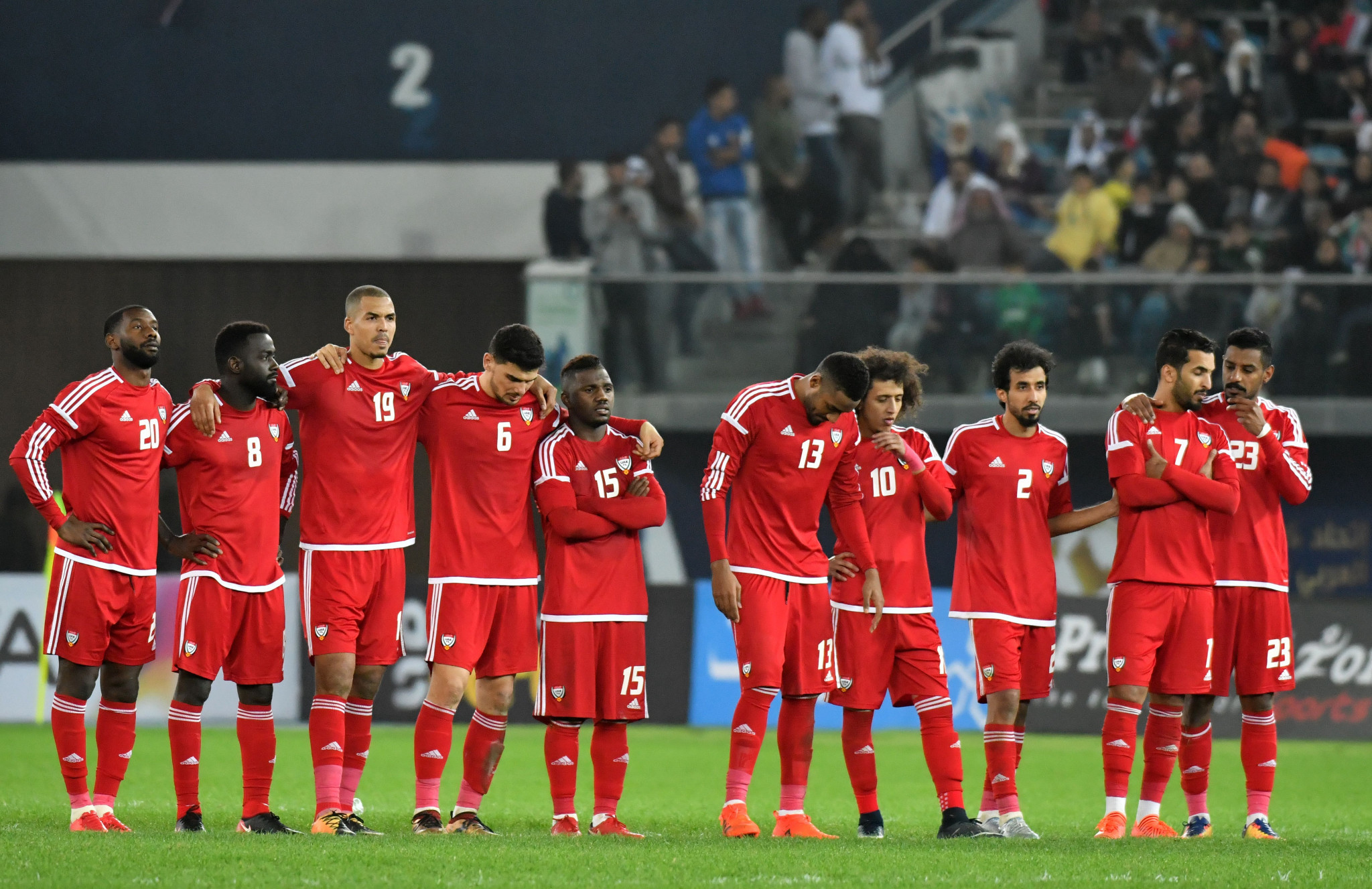 The United Arab Emirates National Olympic Committee (UAE NOC) has claimed the participation of its football team in the 2018 Asian Games is "confirmed 100 per cent", despite the country being omitted from the draw yesterday along with Palestine.

Ahmed Al Tayeb, director of technical and sports affairs at the UAE NOC, has put the matter down to an "organisational blunder" during the draw held at the JS Luwansa Hotel and Convention Centre in Jakarta, co-host of the Games along with fellow Indonesian city Palembang.

"The participation of our football team is confirmed 100 per cent in the 18th Asian Games hosted by Indonesia," he said in a statement.

"An organisational blunder during the draw of the football matches is responsible for the missing name of the UAE and Palestine from the list of participating teams, despite the names were there in the four categories of the teams listed several days ago."

Al Tayeb confirmed that, following the endorsement by the Technical Olympic Committee of the participation of some team games in the Asian Games, the name of the UAE was there in all lists dispatched by the Olympic Council of Asia (OCA).

"I was surprised that the name of the UAE was not in the draw of teams participating in the football teams, which has happened to the Palestinian team as well," he added.

"The OCA, the Organising Committee and the Technical Football Committee have made every cooperation to make-up for this big error.

"The three parties will hold a meeting to discuss all solutions to ensure our participation in the Games, be it through a re-run of the draw or re-distributing the teams as deemed fit by the Organising Committee.

"The NOC has fulfilled all conditions of participation according to the standards set by the Technical Committee and has forwarded all the required documents to the Organising Committee on time, be it for individual or team events.

"The participation for the UAE participation in the forthcoming Asian Games has been coordinated in advance and was closely followed up over several successive months to eliminate errors and realise the intended objectives."

The draw for the men’s tournament saw defending champions South Korea drawn against Kyrgyzstan, Malaysia and Bahrain in Group E.

Group A is made up of Indonesia, Hong Kong, Laos and Chinese Taipei, while Group B comprises Thailand, Uzbekistan, Bangladesh and Qatar.

North Korea, the runners-up at the 2014 Asian Games in Incheon, have been drawn in Group F alongside Saudi Arabia, Iran and Myanmar.

Iraq, China, Timor-Leste and Syria are in Group C with Japan, Vietnam, Pakistan and Nepal in Group D.

The top two teams in each group, plus the four best third-placed teams, will advance to the round of 16.

Men's football at the Asian Games is open to players under the age of 23 and teams are each permitted up to three players over the limit as "wild cards".

The 2018 Asian Games' Opening Ceremony is scheduled for August 18, but the men's group stage is due to begin on August 14, with the gold medal match set for September 1.

In the women’s competition, reigning champions North Korea will take on China, Hong Kong and Tajikistan in Group B.

Indonesia, South Korea, Chinese Taipei and the Maldives have been drawn into Group A, while Group C has only three teams - Japan, Vietnam and Thailand.

The bottom team in each group will be eliminated.

The remaining eight teams advance to the quarter-finals.

Women's group play is due to start on August 16 with the gold medal game on August 31.

India are among the nations not competing in football at the 2018 Asian Games.

According to the Press Trust of India (PTI), football teams were ignored because they are not ranked in the top-eight in Asia and are "unlikely" to win medals.

Indian Olympic Association President Narinder Batra has defended the decision, which the All India Football Federation has described as "myopic".

He also justified the decision to include lesser-known sports such as pencak silat, an indigenous martial art.

"It is not that we personally like those sports and have included them," Batra told PTI.

"They have been winning medals and are expected to win at the Asian Games too.

"There were another five to six lesser-known sports besides pencak silat, but we did not include them because they were not potential medal winners."