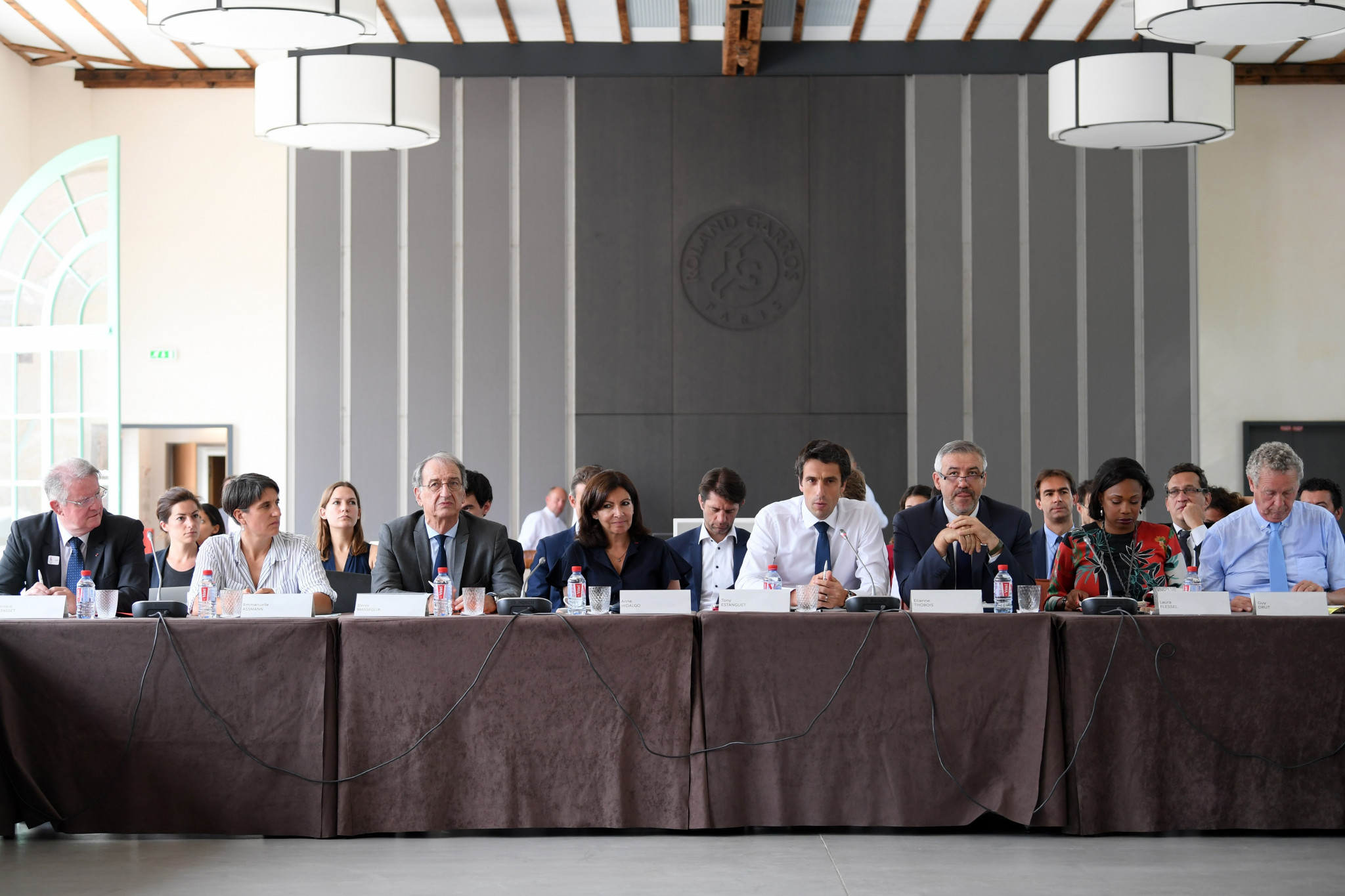 Paris 2024 have established Audit and Ethics Committees at their latest Board meeting at Roland-Garros.

They approved the establishment of the Audit Committee, which will comprise of nine members.

Six were selected by Estanguet, with the voluntary representatives all claimed to have been chosen based on their skills and experience in managing complex projects or major events.

The remaining three members have been nominated by the CNOSF, the City of Paris and the national Government.

Amélie Oudéa-Castéra will serve as President of the Committee, with the official having worked at France's Court of Auditors and as marketing and digital director of AXA Group until the end of 2017.

She will be joined by Jacques Lambert, who was Prefect of Nievre and later Savoie during the Albertville 1992 Olympic and Paralympic Games.

He later served as the chief executive of the 1998 FIFA World Cup in France, followed by management roles with Suez-Lyonnaise des Eaux and iSe Hospitality around the 2006 tournament in Germany.

Lambert then had a spell as chief executive of the French Football Federation, before taking on the same role for the 2016 UEFA European Championships.

Jérémie Pellet, deputy chief executive of the French Development Agency, has been appointed to the Committee along with Catherine Sueur, a financial auditor who has held management roles with the Paris Hospital Trust, Radio France, the Le Monde group and the Louvre museum.

Civil engineer Patricia Langrand, a former vice-president of consultancy firm Sopra Steria and an Executive Committee member of Orange and of the National Digital Council, was also appointed.

The Committee is completed by François Morinière, who is currently the President of the Groupe Labruyère Management Board.

He previously served as the chief executive of L’Equipe.

Paris 2024 said the Committee will support them in managing the Games project.

They will provide "assistance in the sustainability of all commitments and spending, implementation of obligations under the Host City contract and Paris 2024’s policies regarding financial, operational and legal risk management".

The Committee will also be responsible for the "relevance, robustness and reliability" of accounting methodology used in the reporting of annual accounts and financial information.

The six member Ethics Committee was also confirmed, with Paris 2024 saying this consists of independent figures representing France's highest legal authorities and the Organisation for Economic Co-operation and Development (OECD).

OECD legal director Nicola Bonucci has been included on the Committee, along with Jean-Marc Sauvé, honorary vice president of the Conseil d’Etat, France's supreme administrative court.

Presiding judge Alain Lacabarats and Jean-Philippe Vachia, a presiding judge at the Court of Accounts, will also serve of the Committee.

This Committee is tasked with overseeing the Paris 2024 ethical policy and ensuring the respect of all parties involved for the individual and collective values on which Paris 2024 is based.

They will play a key role in preventing conflicts of interest, it is claimed.

In addition, a member of the French National Assembly, nominated by its President, and a senator, nominated by the President of the Senate, will attend Committee meetings in an advisory capacity.

The Paris 2024 Board also today approved the appointment of two new members proposed as qualified figures by Estanguet.

Both Alexandre Mars and Alain Rochon previously served on the Paris 2024 Board during the bid phase.

Mars is the founder and President of the Epic Foundation, which fights against childhood inequality.

It provides funding for social organisations specialises in the fight against inequalities affecting young people worldwide.

Rochon is President of APF France Handicap, which has worked to support and protect the rights of people with disabilities and their families for more than 80 years.

Paris 2024 say they will continue to reach out to new figures from civil society with the aim of refreshing and enriching the Games project with new experience.