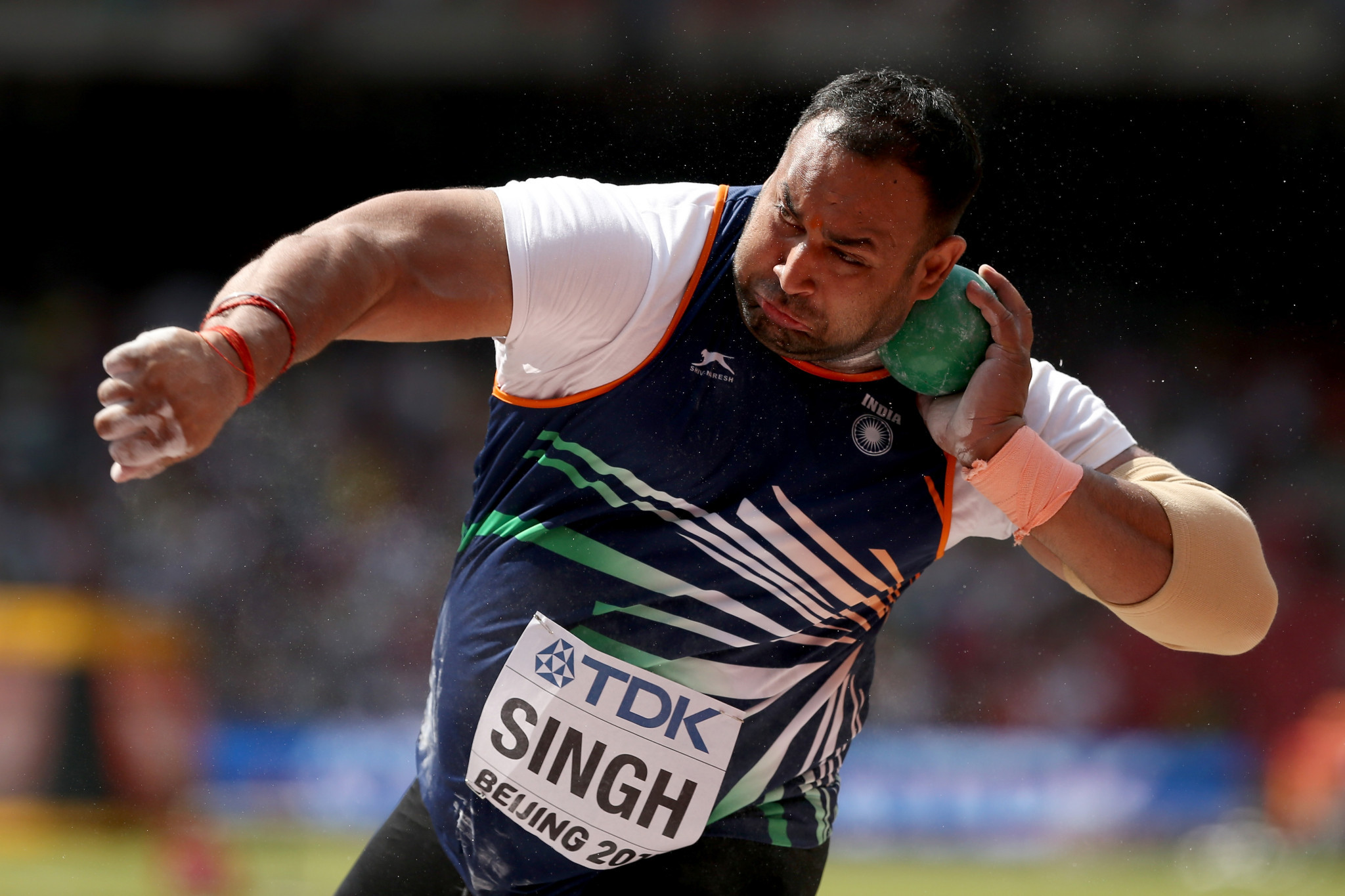 Indian shot putter Inderjeet Singh has had a four-year doping ban upheld following his positive test in 2016, although concerns have been raised about the quality of the testing and analysis process at the country's National Dope Test Laboratory (NDTL).

It followed an out-of-competition test in Bhiwani the month before.

He had qualified for the 2016 Olympic Games in Rio de Janeiro by that time but his failure, which he put down to his supplements and water being sabotaged, brought an end to his chances of participating and he was barred from travelling to Brazil.

A notice issued to Singh by India's National Anti-Doping Agency (NADA) said that two adverse analytical findings would be counted as one single violation of anti-doping rules, meaning a four-year ban.

Testing of the B-sample confirmed the positive test.

The 2014 Asian Games bronze medallist questioned the legitimacy of the testing process, alleging the mandatory consent for having the sample tested at the laboratory had not been given.

This was reportedly because of "fear of foul play".

Singh's lawyer Anish Dayal argued that a doping control officer took the sample home and stored it in a refrigerator before taking it to a NADA office, rather than the laboratory.

Dayal claimed no mention had been made detailing how the integrity of the sample had been maintained during its transport in supposedly extreme temperatures.

Further claims are that there are deviations in the analysis results of the A and B samples, which are claimed to make the findings unreliable.

A panel, chaired by Manik Dogra, asserted that they were in full agreement with the concerns over testing and analysis of the samples.

However, they have not cleared Singh.

"The purpose of having established procedures is to safeguard the integrity of the process as a whole," Dogra wrote.

"Be it an issue of chain of custody or rectification/calibration of testing machines, any serious deviation in the process can raise uncomfortable questions on the quality of the testing process and authenticity of its findings and results.

"The validity and transparency of the adverse analytical finding must in our view be beyond reproach.

"We unfortunately conclude that there were departures in the collection and analysis of the samples.

"We note that neither NADA or NDTL have owned up to the departures and have in fact forcefully contested these allegations.

"Without going into the specifics of each deviation, we do not agree with the submission of NADA.

"We sincerely hope that some constructive mechanism shall be adopted and implemented by NDTL by reviewing their standard operating procedures in accordance with WADA’s good practice guidelines and correct these lapses for all future purposes."

The panel also expressed concern over the absence of key witnesses, including the doping control officer for the second sample.

It was claimed this was due to the individuals not working for the NADA any more, with the organisation unable to oblige them to attend.

However, despite the concerns, Singh has not been able to "conclusively prove" the issue had led to his positive test, the panel said.

"The fact the athlete has previously tested negative for any prohibited substance is not a valid consideration for evaluating any adverse analytical finding in the current test," Dogra said.

"We hold that while there have been serious departures from WADA guidelines, however, the athlete has failed to conclusively establish that these deviations had a direct nexus or did in fact result in an adverse analytical finding."

The sanction appears likely to end any prospect of Singh featuring at the Tokyo 2020 Olympics.