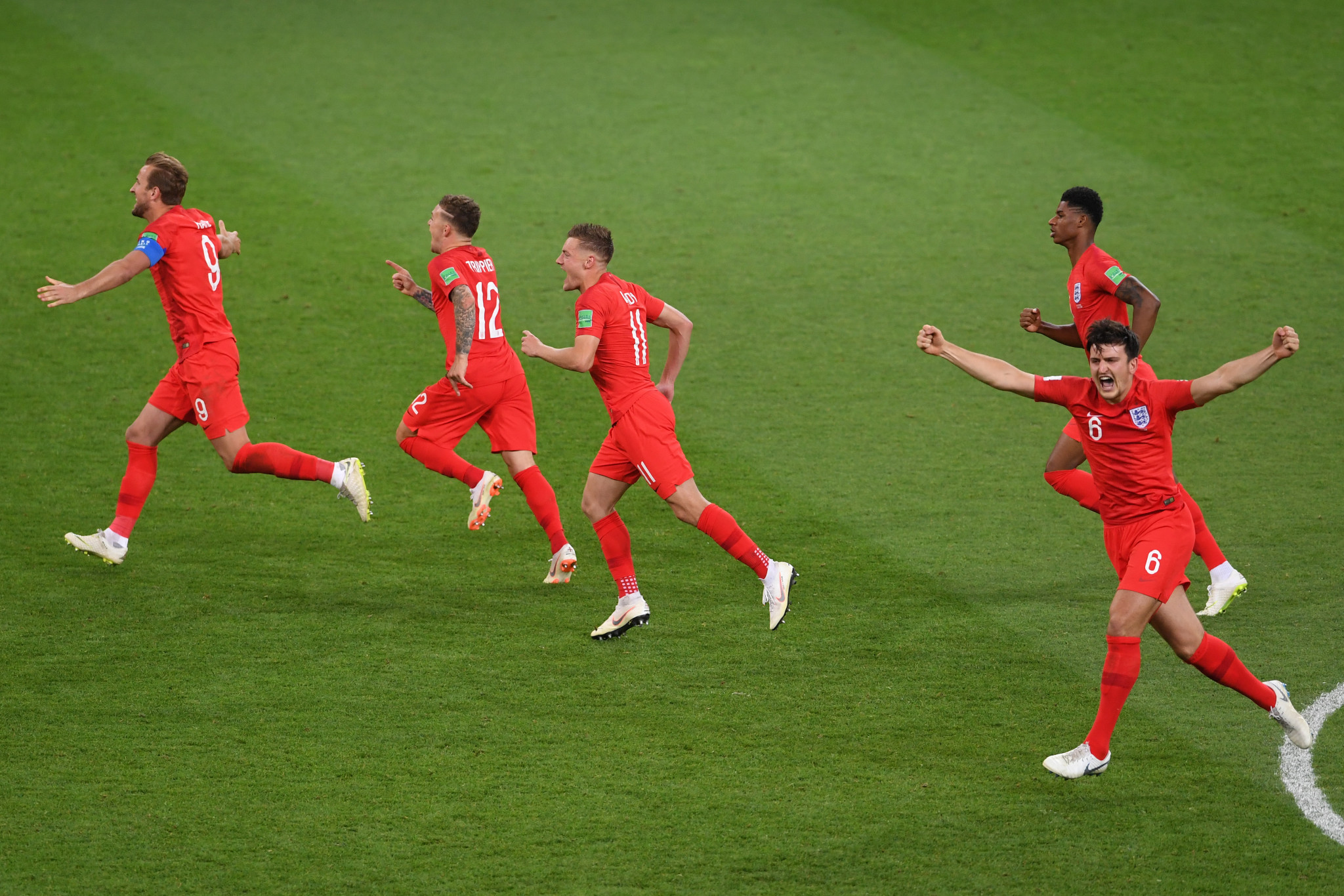 England banished their penalty shoot-out demons as they beat Colombia to set up a quarter-final clash with Sweden on another dramatic day at the FIFA World Cup in Russia.

Harry Kane's second-half penalty put England ahead before Colombian defender Yerry Mina headed home in added time to send the match to an additional 30 minutes at the Spartak Stadium in Moscow.

After the match finished 1-1 at the conclusion of extra time, England recovered from the late heartbreak as substitute Eric Dier netted the winning penalty to send England through to the last eight.

It marked the first time England had emerged victorious in a shoot-out at the World Cup.

England are now due to face Sweden, 1-0 winners over Switzerland in the day's early game, in the quarter-finals at the Samara Arena on Saturday (July 7).

Emil Forsberg's deflected effort had earlier sent Sweden through to the last eight for the first time since USA 1994 as they edged Switzerland in an intriguing last 16 tie.

England made a bright start but were quickly thwarted by a stern Colombian defence in what proved to be a fascinating knock-out contest.

Neither side created much in the first-half until tempers flared before the break.

Wilmar Barrios appeared to have headbutted Jordan Henderson in the box but American referee Mark Geiger judged the incident to be only worthy of a yellow card.

A similar pattern followed after the break until England were awarded a penalty 12 minutes into the second-half after Carlos Sanchez pushed Kane to the floor inside the penalty area.

Kane then stepped up to fire England into a deserved lead, and it stayed that way until deep into injury time.

Just as it seemed the English side would hold out for victory, Mina headed home his third goal of the tournament to hand Colombia a last-gasp equaliser.

Extra-time passed in a flash, leaving penalties as the only way to separate the two sides.

England, keen to end their dismal shoot-out record at major tournaments, saw Henderson's spot-kick saved but Mateus Uribe smashed the following kick on to the crossbar to hand them a lifeline.

An outstanding stop from Jordan Pickford allowed Dier to step up and convert to send England to a quarter-final meeting with Sweden.

Forsberg's strike from outside of the area cannoned into the net off Switzerland defender Manuel Akanji to give Sweden a 1-0 win over Switzerland at the Saint Petersburg Stadium.

There was late drama as Michael Lang was given a straight red card for a foul on Martin Olsson when the Swedish defender ran through on goal in the 94th minute.

Referee Damir Skomina initially awarded a penalty but changed his decision after the intervention of the video assistant referees.

The subsequent free-kick was then saved by Switzerland goalkeeper Yann Sommer before Skomina blew the whistle, confirming Sweden's spot place in the last eight for the first time in 24 years.

Swedish supporters will be hoping they can replicate the form of the last team from the nation to reach the quarter-finals as the squad at the 1994 tournament went on to finish third.

Defeat for Switzerland further opens up the second half of the draw as they were the highest-ranked team left prior to their exit today.