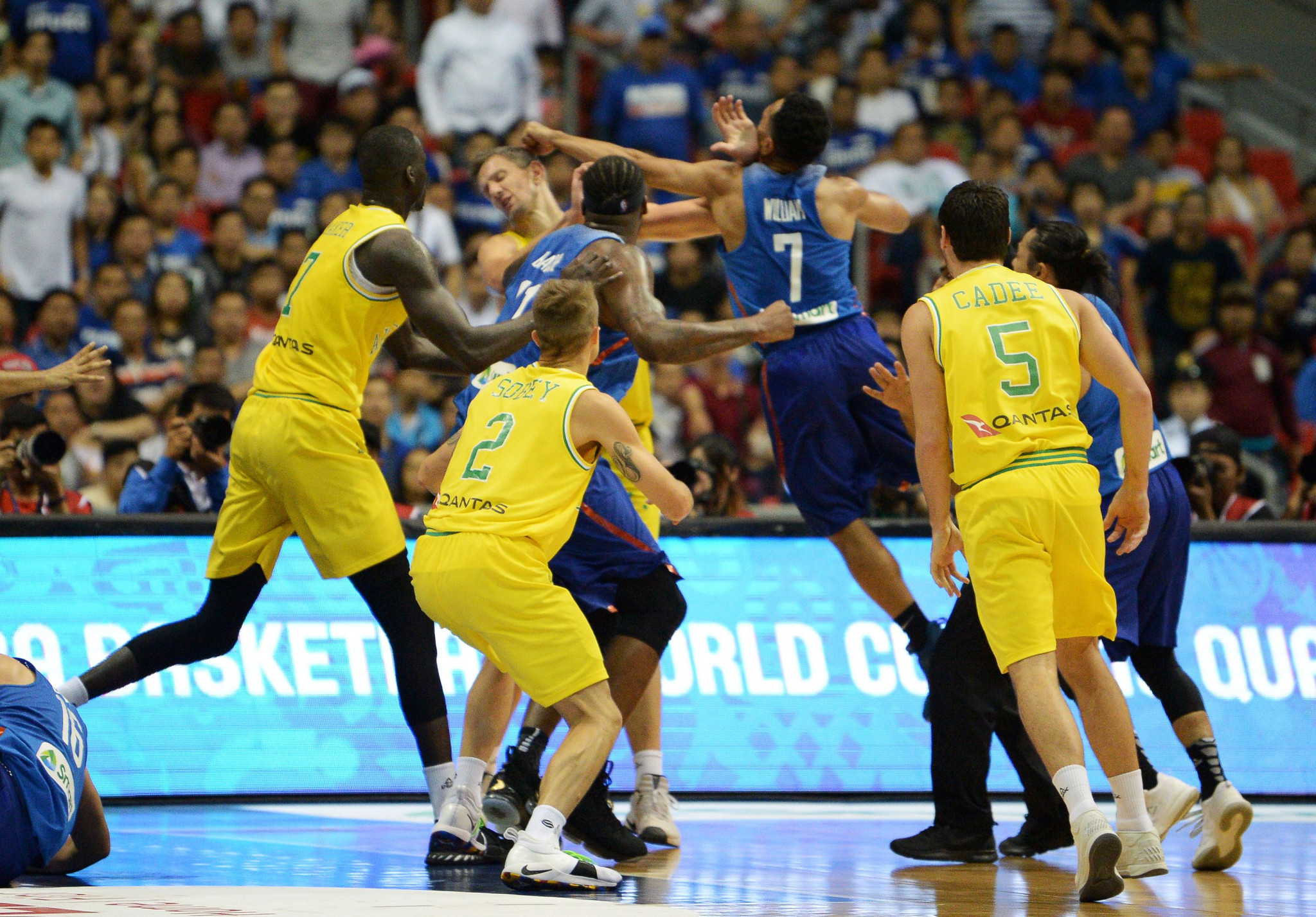 A qualifying match for the International Basketball Federation (FIBA) Men's World Cup ended in disgrace as players from hosts The Philippines and Australia became involved in a mass brawl.

Two more then fouled out leading to The Philippines having to forfeit a farcical contest.

Australia were in a comfortable position at the time of the ugly brawl in the third quarter and were awarded the game, 89-53.

According to reports, the melee started under Australia's basket with four minutes remaining in the third quarter.

Filipino Roger Ray Pogoy was said to have elbowed Christopher Goulding, with Australia's Dan Kickert then allegedly responding with an elbow of his own.

Proceedings then descended into chaos with USA Today describing a "swarm of fists".

The fight spilled off court with spectators reportedly getting involved and a chair thrown.

FIBA has pledged to investigate and has opened disciplinary proceedings.

"Following the incident that occurred in the third quarter of the Philippines-Australia game on Monday in the FIBA Basketball World Cup 2019 Asian qualifiers, FIBA will now open disciplinary proceedings against both teams," the governing body said.

"The decision(s) will be communicated in the coming days."

Basketball Australia chief executive Anthony Moore has apologised for his country's role in the fracas.

"Basketball Australia deeply regrets the incident in tonight’s match between the Boomers and The Philippines," he said.

"We are extremely disappointed with what happened and our role in it.

"We apologise to our fans and will await the penalties to be handed down."