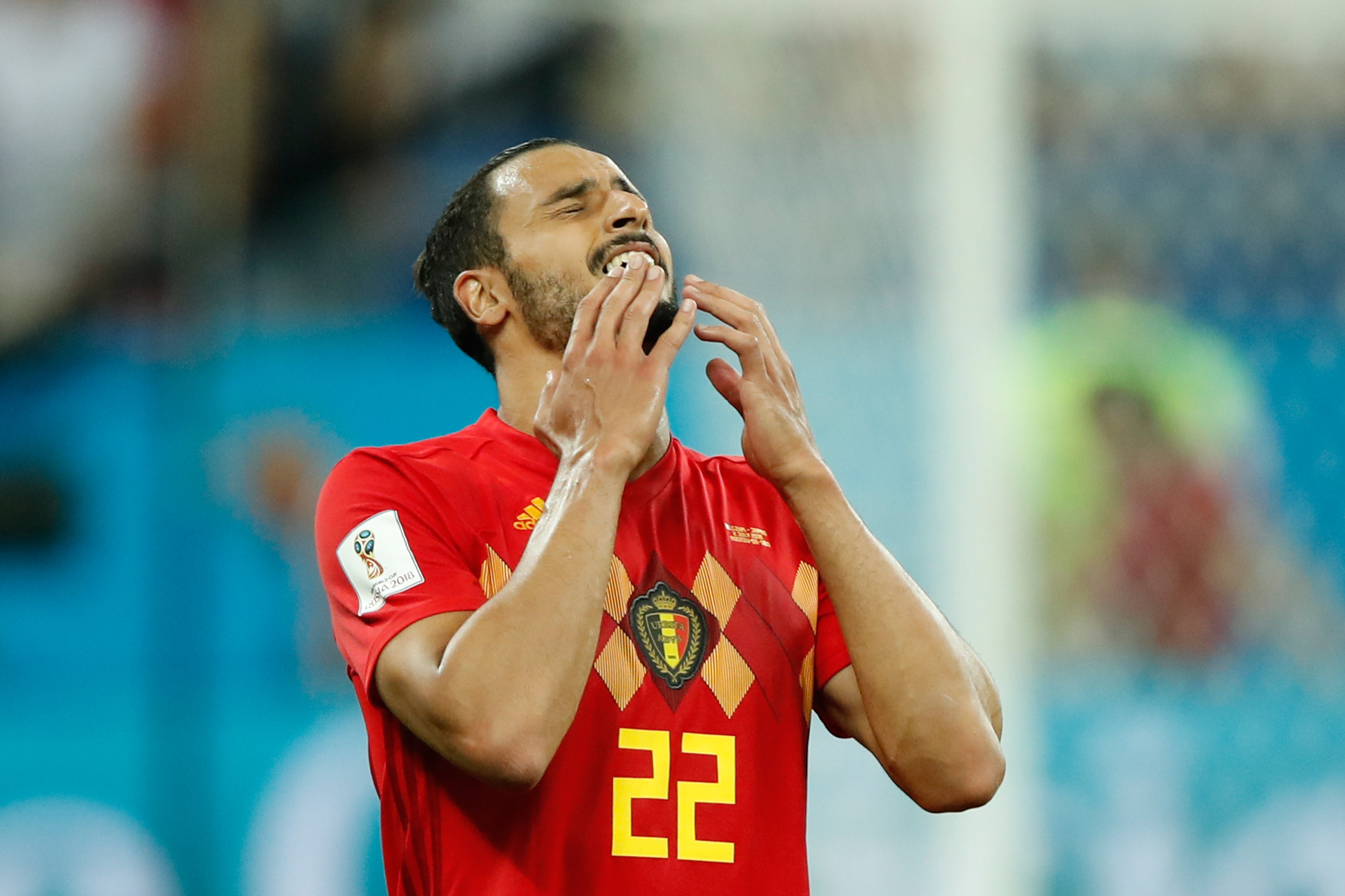 Substitute Nacer Chadli scored a dramatic injury-time winner as Belgium fought back from two goals down to beat Japan 3-2 and set up a FIFA World Cup quarter-final with Brazil in Russia.

After a scoreless first half, Genki Haraguchi and Takashi Inui both found the net with superb strikes as Japan - who scraped through to the last 16 by virtue of their disciplinary record - took a shock 2-0 lead at the Rostov Arena.

Defender Jan Vertonghen pulled one back before Marouane Fellaini, another substitute, headed home the equaliser 16 minutes from time.

Just as it looked as though the match was heading into extra-time, Chadli rounded-off a lightning fast Belgian counter-attack to send his side through to the last eight courtesy of a pulsating victory.

It saw Belgium become the first team in 48 years to come back from 2-0 down and win a World Cup knockout match.

Belgium are due to next face Brazil, who overcame Mexico 2-0 in the other last 16 contest held today, in the last eight at the Kazan Arena on Friday (July 6).

The results halted a trend of high-profile exits after 2010 champions Spain were beaten on penalties by the host nation yesterday.

Argentina were also eliminated in the round of 16, while Germany embarrassingly crashed out at the group stage.

Neither Belgium nor Japan were able to break the deadlock in a frustrating first-half but the second 45 minutes proved to be the polar opposite.

Japan threatened to become the latest team to sprung a huge surprise at the tournament in Russia when Haraguchi capitalised on a mistake from Vertonghen to put the Asian side ahead.

Belgium appeared on the brink of defeat four minutes later as Inui, arguably Japan's star performer, arrowed a shot into the corner of the net to make it 2-0.

Roberto Martinez's team, considered among the pre-tournament favourites, then launched a stunning comeback, which began when Vertonghen's looping header crept in.

That sparked a revival few would have predicted as Belgium were level five minutes later.

Eden Hazard beat his marker out wide and his inch-perfect cross was converted by Fellaini, who had barely touched the ball prior to scoring the equaliser.

The turnaround was completed in the 93rd minute as a blistering counter-attack from Belgium yielded the winning goal.

The move began from a Japan corner as Kevin de Bruyne collected the ball and fed Thomas Meunier, whose pass across goal was dummied by Lukaku and into the path of Chadli, who slid home.

Brazilian star Neymar lived up to his billing as he scored one and played a key role in the other in what turned out to be a comfortable victory for the five-time World Cup winners.

The world's most expensive footballer scored from close-range following a well-worked move to give Brazil the lead five minutes into the second half at the Samara Arena.

Neymar then turned provider as his prodded effort was pushed into the path of Roberto Firmino, who was on hand to tap into the empty net to seal Brazil's quarter-final berth.

They are due to meet either Belgium or Japan, who play this evening in Rostov, in what will be their seventh consecutive World Cup quarter-final.

Mexico began the brighter of the two sides and looked dangerous early in the first-half but were unable to turn their dominance into goals.

Brazil have failed to reach the attacking heights of previous teams but their defence remained firm to ensure they went into the break level at 0-0.

It took only five minutes for the South American side to go ahead as Neymar finished off a move full of Brazilian flair.

Neymar backheeled the ball to Willian, who surged beyond the Mexican defence before his cross-shot was turned home by the PSG striker.

The goal came moments after Mexico's Jesus Gallardo wasted a brilliant chance when he shot wildly over the crossbar.

It was a rare moment of promise for Mexico in the second half as Brazil took control and they were eventually rewarded with a second two minutes from time.

Neymar tried to poke through the legs of Mexico goalkeeper Guillermo Ochoa, whose touch diverted the ball away from goal and straight to the feet of Firmino.