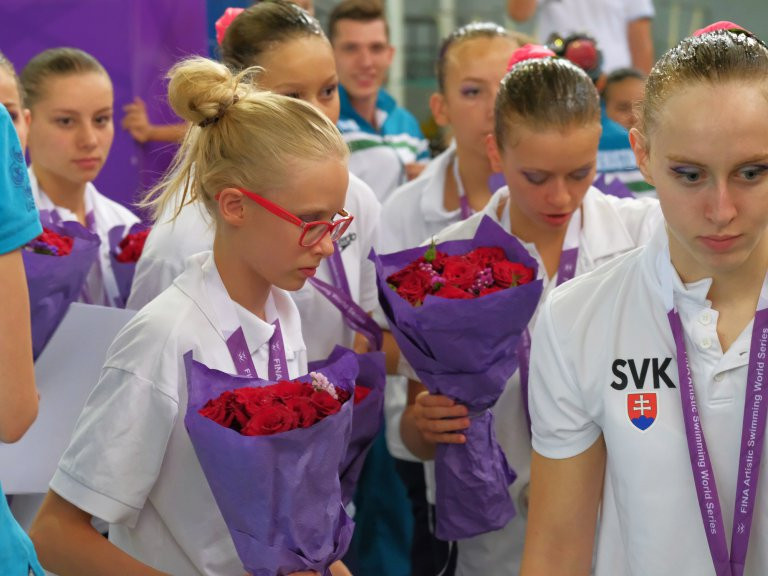 After three near misses, the Slovaks tasted victory in the team free event at the Sahovat Swimming Center in the Uzbek capital.

No other teams were participating.

Mexico won both other gold medals available on the final day.

Nuria Lindón then teamed up with Achach Ramirez Karen Faride to win the women's duet competition with 85.0000.

Daniela Reinhardt and Mariene Bojer clinched a German silver with 78.9333.

It means that Mexico and Uzbekistan each ended the event with four gold medals, but the hosts also earned two silver and two bronze.

Ukraine were not present in Tashkent but end the 10-event series on top of the pile with 19 golds, 13 silver and two bronze.

Japan and Mexico each managed 11 golds while Italy, China and Russia all managed 10, Spain nine and France eight.