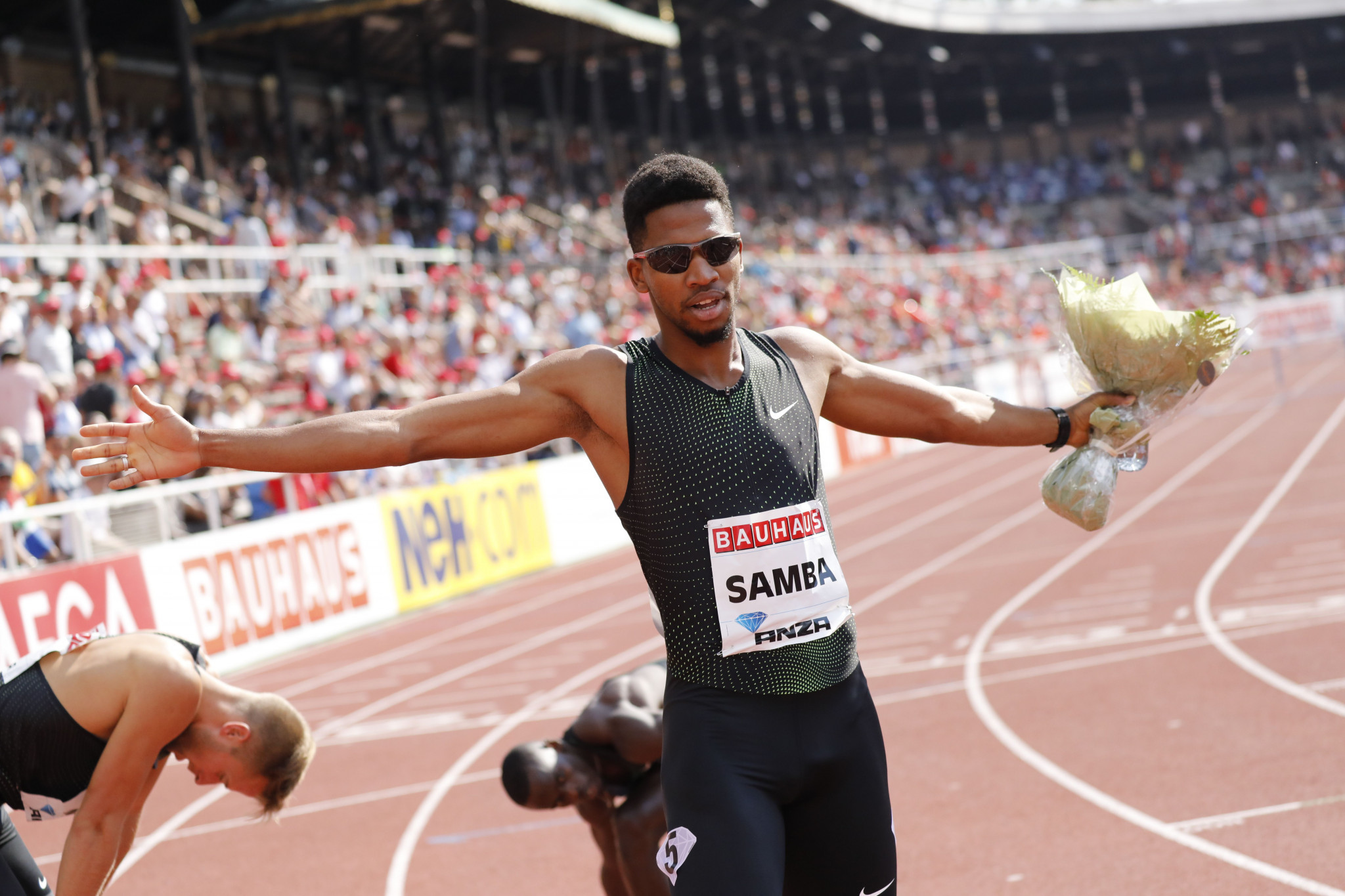 Abderrahman Samba produced yet another extraordinary exhibition of 400 metre hurdling at the International Association of Athletics Federations (IAAF) Diamond League meeting here as he became only the second man to run the event in under 47 seconds.

On a night when the temperature remained above 30 degrees, the meeting lived up to its tagline this year - "Fast in Paris" - with a succession of performances that fully entertained a large if not capacity crowd buzzing from France's dramatic 4-3 FIFA World Cup win over Argentina.

South Africa's world and Olympic 800m champion Caster Semenya, on a collision course with the IAAF over their proposed re-setting and monitoring of testosterone levels in female competitors, appeared determined to make the most of her current opportunities as she ran her fastest ever time of 1min 54.25sec.

Ronnie Baker of the United States moved to joint top of this year's 100m listings with a time of 9.88, and Sam Kendricks also established a new 2018 world lead in the pole vault with 5.96m.

But for all that, the top billing had to go to Samba - the athlete who, it seems, cannot be beat…

The way this 22-year-old - born in the north-western African country of Mauritania, but now representing Qatar - is going on, he could be past the American Young's mark before the season is up.

As it is he has eclipsed the achievement of 20-year-old Antiguan athlete Rai Benjamin earlier this month in equalling the second best time ever run, 47.02, which was originally set by the great Ed Moses.

In his wake, Samba left the defending Diamond League champion, Kyron McMaster of the British Virgin Islands, who took second place in a personal best and national record of 47.54, and a dejected looking world champion, Karsten Warholm, third in 48.06.

This was Samba's fifth consecutive Diamond League victory of the season, during which his time has come down from 47.57.

That was a Diamond League and national record in Doha, and he improved to 47.48 in Rome - also an Asian record - before this latest, and largest, leap forwards.

Norway's Warholm, beaten on three previous occasions by his contemporary, had promised he would stick to his usual tactic of storming away from the start and did so.

But McMaster, one lane inside him, had drawn level as they got into the final bend, and as the field moved into the straight the Norwegian was already a pale and fading force, stumbling a little after clearing the final hurdle, as Samba, one lane inside McMaster, came romping through to win.

"I said it even before - I want to become the fastest man in the world and I work hard to achieve it," Samba said.

"It definitely didn't feel like an under 47 seconds race today.

"I made a small mistake at the start, lost my balance on the first hurdle, so I did not expect to run so fast.

"But it feels great to be the second fastest man in history.

"The world record is getting close but I just want to improve step by step and to run fast.

"I improved my technique since last year and who knows, maybe I can be one second faster next year."

Semenya ran a race of brutal simplicity, leading from gun to tape for a win that moved her up to fourth in the all-time rankings.

In a race without pacemakers, Semenya did her own work to go through the bell in 56.12 before pushing on with only Francine Niyonsaba of Burundi able to stay in touch.

As the two reached the final straight, however, Semenya was five metres clear and moving away.

"In Oslo we were not very happy about the pace so I said 'no pace this time,'" Semenya explained.

"See what you can get out of it.

Baker's victory concluded the evening's track entertainment as he equalled the fastest time run so far this season, achieved by his compatriot Noah Lyles in this month's US Championships as Baker himself finished second in what was his previous best of 9.90.

There was a huge flourish too for home sprinter Jimmy Vicaut, who took second place in a season's best of 9.91 in front of China's Bingtian Su, credited with the same time, which thus equalled his own personal best and Asian record.

Kendricks needed to draw on all his reserves to hold off the youthful challenge of the pole vault's rising force, Sweden's 18-year-old Armand "Mondo" Duplantis, who cleared 5.90m at his third attempt - a height which eventually did for the determined challenge of local hero Renaud Lavillennie - to stay competitive.

But once that had been made clear, the Russian currently operating as an Authorised Neutral Athlete moved ruthlessly in pursuit of win number 45, winning the competition with a clearance of 2.00m and skipping on to clear a season's best and meeting record of 2.04 before taking three unsuccessful attempts at 2.08.

While Samba moved to within one step of the summit in his event, Benjamin - newly professional at the end of what has already been a long season for the University of Southern California, for whom he run his startling time - was testing himself out over 200m along with his college team-mate Michael Norman, who had himself won an NCAA title, over the 400m flat, in an extraordinary time of 43.61, the fastest run so far this season.

Norman, making his Diamond League debut, won in a personal best of 19.84, with his team-mate Benjamin also breaking 20 seconds with 19.99 - both proudly wearing their USC running shirts.

The women's 3,000m steeplechase that was next on the track produced another memorable piece of running as Kenya's Beatrice Chepkoech held off the challenge of her 19-year-old compatriot Celliphine Chespol over the final lap to win in a personal best of 8:59.36, the fastest run this season.

Salwa Naser of Bahrain joined Samba as an Asian record-breaker on the night as she won the 400m in smooth and economical fashion in 49.55, way clear of the nearest challenger, Jessica Beard, who recorded 50.39.

Nobody has yet worked out how to beat Kenya's world 1,500m silver medallist Timothy Cheruyot this season.

He produced another consummately controlled performance to win in the fastest time seen so far this year, 3:29.71.