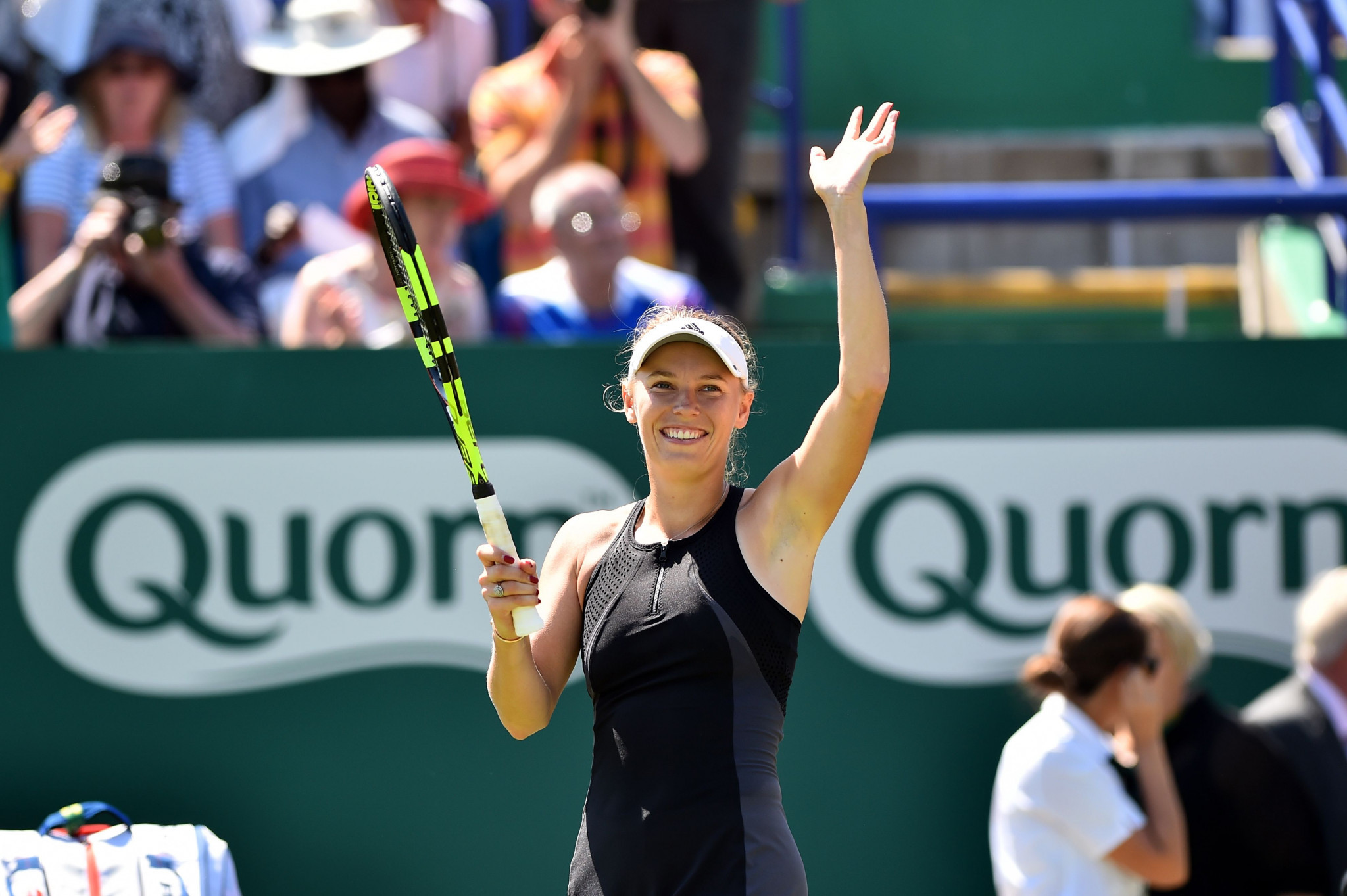 The Danish top seed outlasted her Belorussian opponent, ranked 45th in the world, in two tight sets on grass courts at the Nature Valley International.

Sabalenko had chances and served for the first set at 5-4 up but double-faulted before Wozniacki eventually sealed it 7-5.

The Dane also trailed 1-4 in a second set tie break before showing all of her champion pedigree in prevailing 7-5 in the tie break.

It marked her second title of the year after her Australian Open success in January.

Flying in to the finals here in Eastbourne!🌱💪🏻 pic.twitter.com/iCAjW26lHL

"It's a long time ago that I was a winner of this tournament so it's amazing I can still play 10 years later," Wozniacki said.

Wozniacki triumphed at Eastbourne in 2009 and will now seek to progress beyond for the fourth round of Wimbledon for the first time.

It completed an impressive tournament after she beat opponents including Germany's 2016 Wimbledon finalist Angelique Kerber and Australian eighth seed Ashleigh Barty on the way to the final.