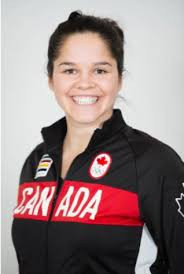 Heather Ambery has been appointed as the new general manager of Biathlon Canada.

She will begin her role in August after joining from the Canadian Olympic Committee (COC), where she works as programme manager for national sport federation services.

Ambery also worked as competitions manager at the Ottawa venue for the FIFA Women's World Cup in Canada in 2015.

She was a member of the mission staff for both the Rio 2016 and Pyeongchang 2018 Olympic Games.

"I am thrilled and honoured to be joining the Biathlon Canada team during such an exciting time for the organisation," said Ambery.

"I look forward to collaborating with the Canadian biathlon community as we continue growing the sport at the grassroots level, succeeding on the international stage, and striving to be an exemplary sport federation."

Canada sent 10 athletes to Pyeongchang 2018 in South Korea in February but did not win a medal.

The nation was among those to boycott this year's International Biathlon Union World Cup Finals in Tyumen, as the event was not moved out of Russia despite the country's doping crisis.

"Biathlon Canada's team is looking forward to building our sport under Heather's leadership," a statement from the governing body said.