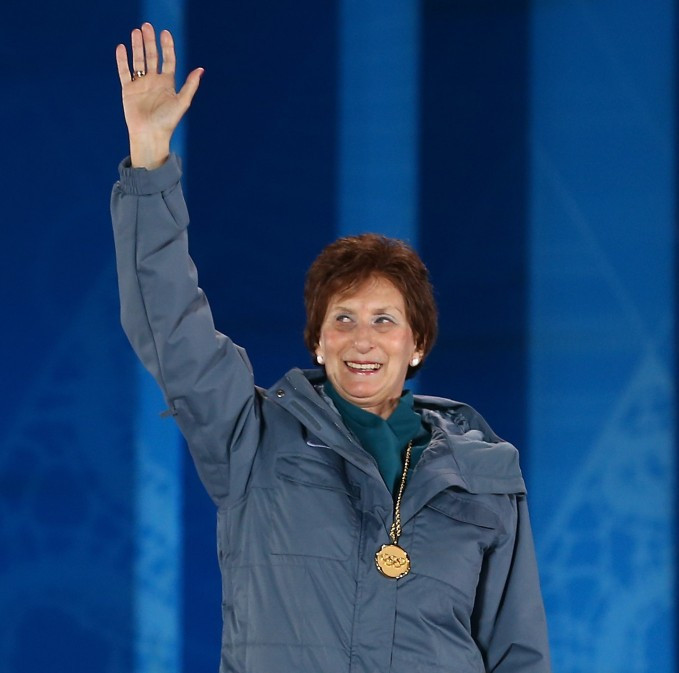 International Olympic Committee (IOC) member Irena Szewińska, Poland's most decorated Olympian in history, has died at the age of 72.

Her death was announced by the Polish Olympic Committee overnight and the Olympic flag has been lowered at the IOC headquarters for three days.

This was supplemented by long jump and 200m silver medals in Tokyo as well as bronze medals over 100m in Mexico City and over 200m at Munich 1972.

She was the only athlete ever, male or female, to hold world records in the 100m, 200m and 400m and her one lap winning time of 49.28 seconds in Montreal remains the Polish record today.

She earned 34 straight victories over 400m before being beaten by East Germany's controversial current world record holder Marita Koch at the European Championships in 1978.

European Athletics is saddened to learn of the passing of Irena Szewinska at the age of 72.

Szewińska has served as an IOC member since 1998 and remained on the Coordination Commission for Tokyo 2020 as well as on the Women in Sport and Sport and Activity Society Commissions.

She has also served as both vice-president and Executive Board member of the World Olympians Association and also served in Coordination Commissions for Athens 2004 and London 2012.

"I am shocked and saddened about the loss of our dear Olympic friend Irena Szewinska," said IOC President Thomas Bach.

"The entire Olympic family is in deep grief.

"Irena will be remembered forever as an outstanding personality in both capacities as athlete and IOC member.

"With her gentleness and modesty, she was a real role model dedicating her whole life to sport.

"As such she was inspiring athletes and women around the world.

"I could personally experience this over many years and I will always keep fond memories of the time we spent together.

"Our thoughts are with her beloved husband Janusz, all her family and all Olympic friends in Poland, at this difficult time.

"To honour her memory, I have asked to lower the Olympic flag at the IOC headquarters for three days."

Szewińska had suffered with cancer since 2014 but had still been active at international sporting events.