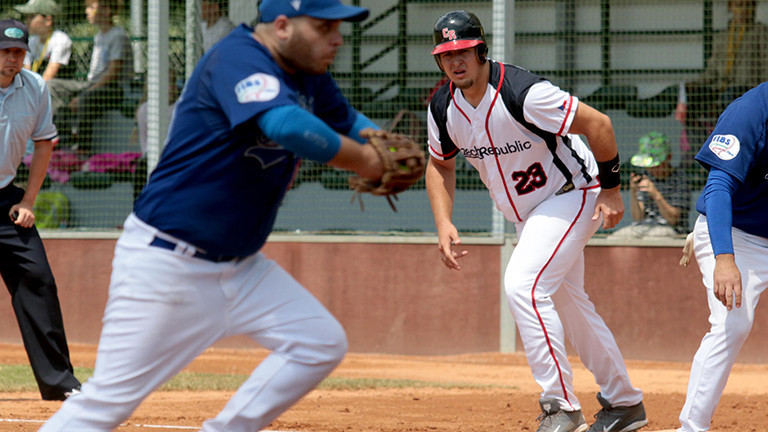 Hosts and reigning champions the Czech Republic have made it into the final at the European Softball Federation (ESF) Men's European Championships in Havlíčkův Brod.

They beat The Netherlands in the first of two semi-finals 8-1, having lost their first match in the competition against the same opposition earlier in the day.

Friday started with the last of the pool games to decide who made the semis, while the bottom six teams also continued their matches against each other to decide the best of the rest.

First up, Belgium beat Israel 10-3, but having each lost both of their games yesterday neither side were able to book a place in the last four.

Great Britain then played Denmark and won 5-2, before the last deciding match of the day saw a shock result, as the nine-time champions the Czechs lost to The Netherlands 11-6.

Prior to that match the Czechs were unbeaten in the competition, having won every match comfortably.

The Czechs were quick to avenge that result though as the two sides met again at 8.30pm and that time out the Czechs won 8-1 to make the final.

In the best of the rest matches today, Sweden won their first game of the tournament when they beat Lithuania 16-6.

Italy then beat Slovakia 10-2 before Germany lost to Croatia 14-5.

Tomorrow will see The Netherlands, who have earned another chance, play Denmark in the second semi-final, before the final itself takes place at 6.00pm local time.

The top three teams at the end of the competition will all qualify for the World Championships.