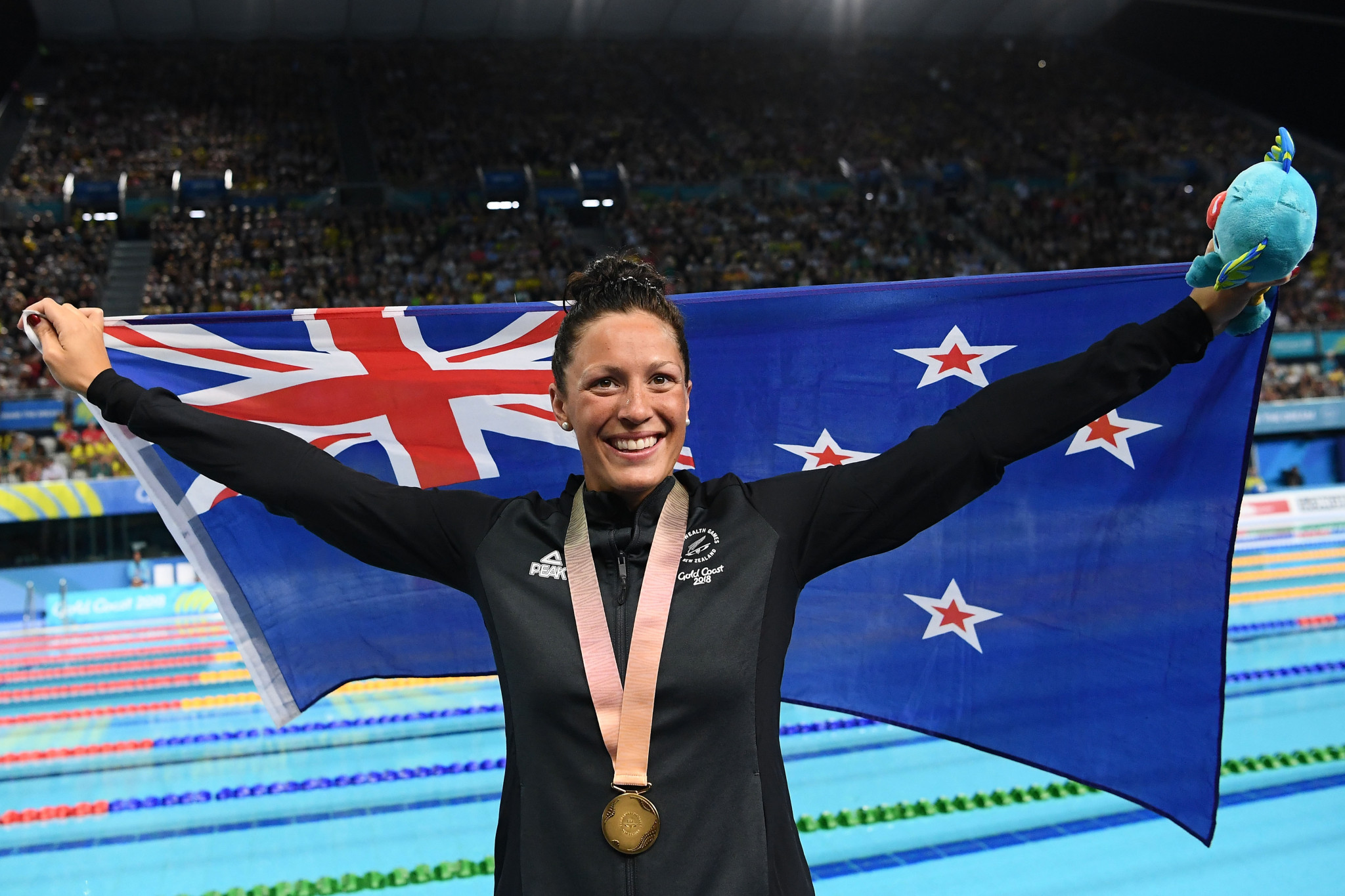 New Zealand have dominated on the penultimate day of the Oceania Swimming Championships in Papua New Guinea, winning eight of the 13 finals contested.

The team of Carter Swift, Paige Flynn, Rebecca Moynihan and Daneil Caldwell won the mixed relay in a time of 3min 35.26sec in front of Australia in second and Hawaii in third.

He beat Swift, his compatriot team-mate from the relay, by just three hundredths of a second.

The B-final meanwhile was taken by another Kiwi in the form of Jack Anderson.

In the women's event the A final was one of the few races not won by someone from New Zealand.

That race was taken by Australia's Rebecca Jacobson in a time of 26.05, although New Zealand did take both second and third, with Rebecca Moynihan finishing just one hundreth of a second behind Jacobsen.

Normal service was resumed in the B final though, where New Zealand's Bronagh Ryan took the win in 27.25.

The golds kept coming for New Zealand, with their swimmers also claiming both gold and silver in the men's 200m individual medley.

Jonathan Rutter took the win in 2:04:07 over his compatriot Callum Prime who finished almost two seconds behind in a time of 2:05.96.

New Zealand's Quinton Hurley took bronze in the B final behind Tyler Kawakami from Hawaii in second and Tasi Limtiaco from Micronesia.

The women's 200m individual medley was another race New Zealand failed to win, but they still took silver.

Gina McCarthy came in second with a time of 2:20.04, beaten by the Australian Lauren Gastevich, who finished in 2:19.76.

Elsewhere in the day's races, Wilrich Coetzee took another gold for New Zealand in the men's 200m butterfly, with the Kiwis also winning 4x100 metre medley relay in a time of 3:45.64 and the women's relay in 4:18.58.

Tomorrow the 10 kilometre open water swim will be the only race to take place, on what will be the event's final day.