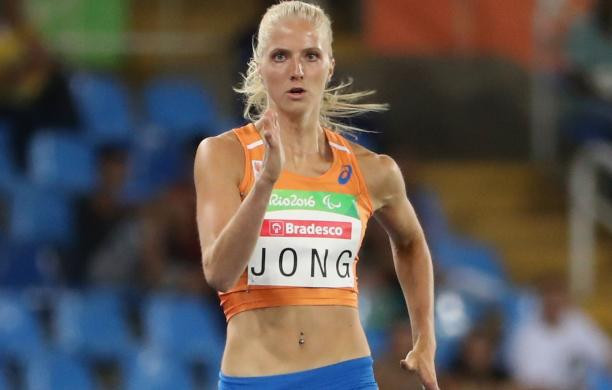 The final leg of the 2018 World Para Athletics Grand Prix series gets underway in Berlin tomorrow with a number of world class athletes on show.

The event will provide the last chance for many athletes, including Dutch sprinter Fleur Jong, to get onto their respective national teams for the European Championships.

Jong has not yet achieved the qualifying time for the T62 100 metres at the Europeans, which will also take place in Berlin's Friedrich Ludwig Jahn Sportpark from August 20 to 26.

"This is my last chance (to qualify) and the Dutch standards are very strict," she said.

Jong has not yet reached the qualifying time because of an issue with her stump that forced her to adjust her prosthetics, therefore delaying her training.

The Dutch athlete, who currently sits top of the rankings for her event, hopes being under pressure will help her run fast.

"When I'm really nervous and I can feel every nerve tickling in me, then I know that I'm going to be good, because that also makes me very in the moment and very sharp, like I can sense anything," she said.

"When I'm the most nervous I usually race the best, but the feeling before that race is really horrible."

Jong has already taken to the track in major championships before, including both the 2015 and 2017 World Championships and the Rio 2016 Paralympic Games.

Dutch sprinters have a history of doing well at the Berlin Grand Prix.

Elsewhere in the compeition, Brazil's Petrúcio Ferreira has entered the T47 men's 100m.

The 21-year-old smashed his own world record earlier this season, running 10.50 in Paris to become one of the fastest Paralympians of all time.

He will want to go even faster in Berlin, as he is just 0.04 seconds shy of Irishman Jason Smyth's 10.46 from the London 2012 Paralympic Games.

Ferreira also goes in the T47 200m, another event in which he holds the world record.

The event will begin tomorrow with the men's and women's 100m on the track and the discus and shot-put in the field.