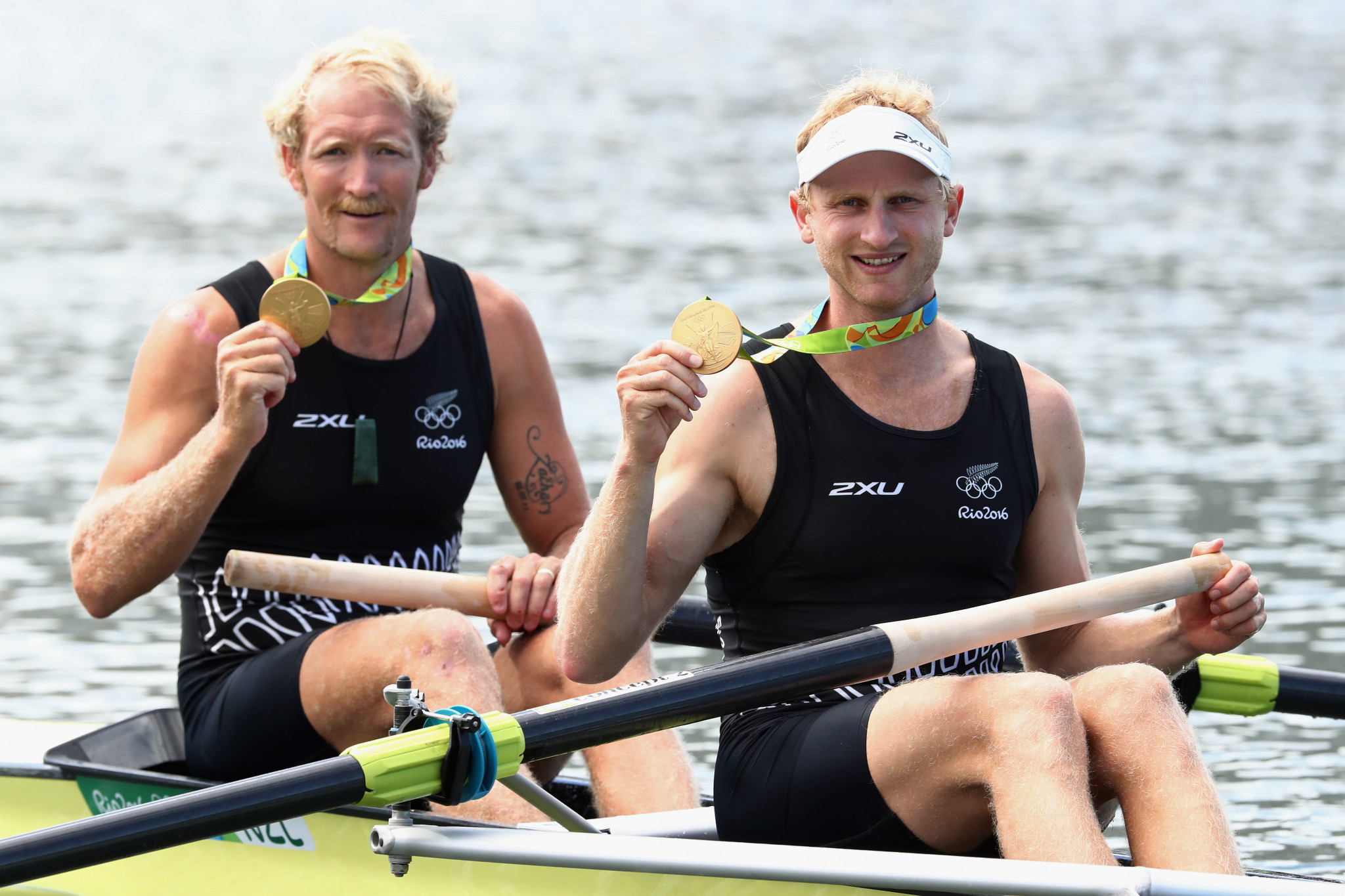 The highest award in rowing, the Thomas Keller Medal, has been awarded to both Eric Murray and Hamish Bond from New Zealand.

The World Rowing prize, considered the greatest accolade in the sport, recognises an outstanding career in rowing and can only be given out a maximum of once each year.

Murray and Bond came together in 2009 and went on to form the most successful men's pair in the history of rowing.

They won 69 races in a row including two Olympic gold medals and retired after the Rio 2016 Olympic Games.

In winning the medal, Murray and Bond saw off competition from the likes of two-time world and one-time Olympic champion Jeremie Azou from France, and Australian Kim Brennan who went to three Olympics and won the single sculls at Rio 2016.

They were all shortlisted by the public with The Keller Medal Committee then deciding the winners.

Five factors are taken into account including the athletes' success at international level, any obstacles or shortcomings they have overcome and their technical mastery of the sport, meaning whether they have had success in more than one type of boat.

Murray and Bond initially raced in the men's four and were world champions in that event in 2007, before a disappointing finish at the Beijing 2008 Olympics saw them switch to the pair.

They never lost another race together.

Since retiring from rowing, Murray has stayed involved in the sport while Bond has moved into cycling.

He has already proved himself internationally by winning a medal at the Commonwealth Games.

They will be presented with their medals on July 14 during the World Rowing Cup in Lucerne in Switzerland.

They will receive the award from Dominik Keller, son of World Rowing's former President Thomas, who the award is named after.

As part of the award, Murray and Bond will be allowed access to all World Championships for the rest of their lives.