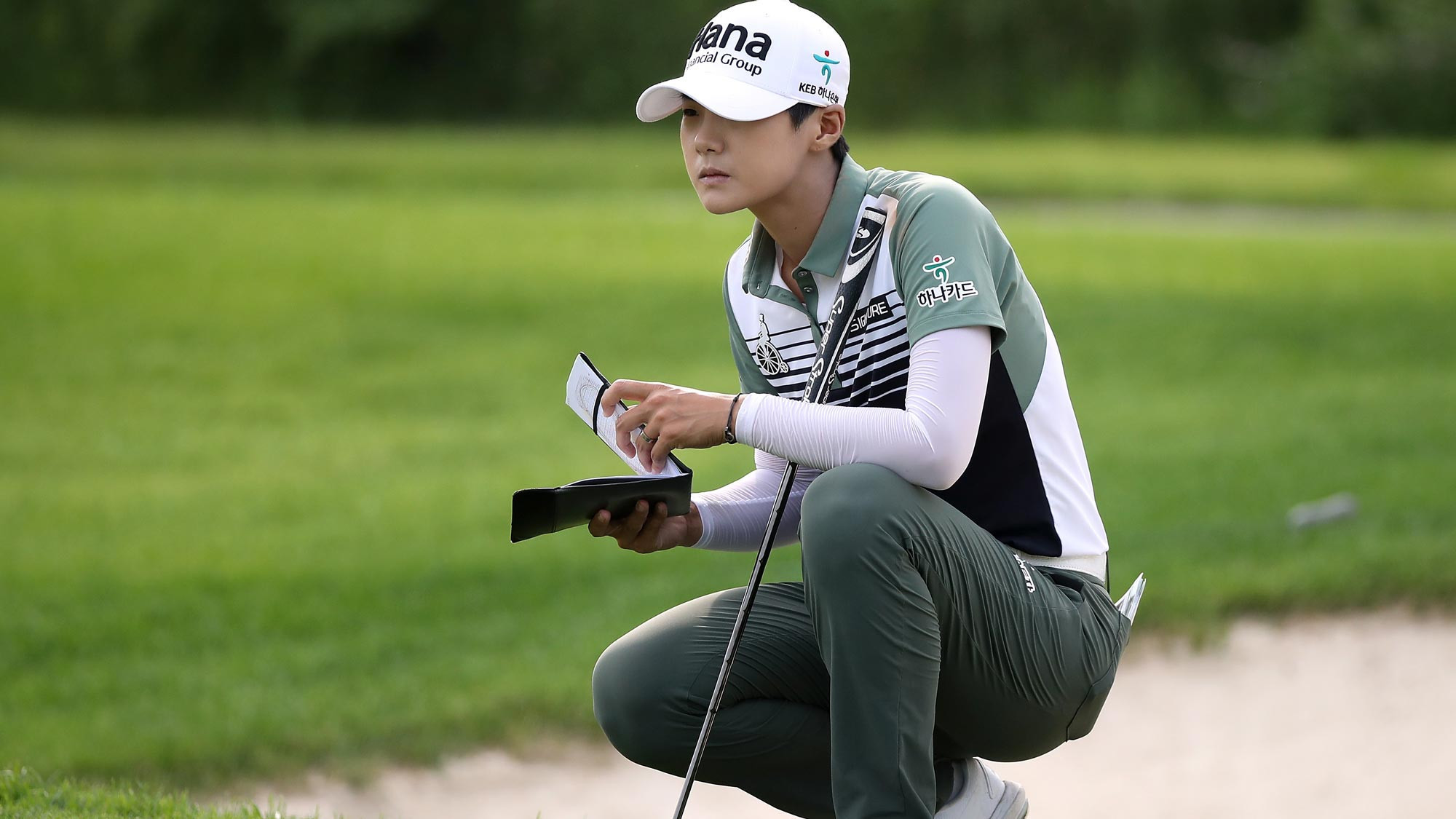 A bogey free round of 66 has placed South Korea's Sung Hyun Park top of the leaderboard after day one of the Women's PGA Championship at Kemper Lakes.

Park's impressive round of six-under sees her lead by one shot from 2016 champion Brooke Henderson, Brittany Altomare, Jaye Marie Green and Jessica Korda.

The course at Kemper Lakes favours the long hitters and Park, a three-time winner on the LPGA Tour, and last year's US Women's Open champion, used this to her advantage as one of the longest hitters on the tour.

Park's form has not been brilliant in recent weeks and so her leaderboard topping 66 has come as something of a surprise.

Since her victory at the Volunteers of America LPGA Texas Classic, she missed the cut in her next three starts and finished tied in 61st last week in Arkansas.

Since then though Park has switched putters and changed her routine for the major.

"I felt like something little was missing, especially my putting," she said.

"This week, I feel pretty comfortable and confident."

Henderson got off to a poor start, bogeying her first two holes having started on the 10th.

Seven birdies in her last 10 holes though saw her surge up the leaderboard into a tie for second.

"It was a lot of fun," the Canadian said.

"I just feel like I was hitting the ball great and making a lot of putts, so hopefully waking up early tomorrow morning and getting the next round started it'll carry on."

Henderson tees off for round two at 8.10am local time.

Israel's Laetitia Beck meanwhile carded a bogey free round of four-under-par to put her in a tie for sixth, despite spraining her ankle only last week.

She spent her round looking to sit down at every available opportunity, having missed the cut in Arkansas last week due to the pain.

"I was hoping this week it would be okay," she said afterwards.

"Maybe it distracts me from what's going on really.

"I try to take breaks and I sit a lot, so people probably think I'm lazy."

As well as recently spraining her ankle, Beck has also changed her coach and caddy, having missed five cuts so far this season, which makes today's performance even more impressive.

Tomorrow's round will begin at 7.30am local time.

Current leader Park will begin her second round at 8:20am.