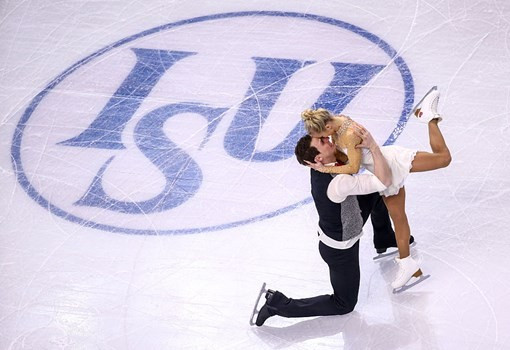 Many of the world's best figure skaters have been confirmed as competing on the International Skating Union (ISU) Grand Prix of Figure Skating circuit in the 2018-2019 season.

The ISU have also announced the schedule, selection criteria and prize money on offer during the series.

The first Grand Prix event will be Skate America in Everett in the United States, from October 19 to 21.

American world champion Chen, world bronze medalist Satoko Miyahara of Japan and two-time European pairs champions Eygenia Tarasova and Vladimir Morozov of Russia have all said they will compete there.

A week later Skate Canada will be the second event of the series in Laval in Quebec, from October 26 to 28.

That event will be headlined by Olympic and world silver medalist Shoma Uno of Japan.

Hiroshima in Japan will then host round four of the series, the NHK Trophy.

That event will take place from November 9 to 11 and feature Uno again, as well as European silver medalist Dimitri Aliev from Russia and France's world ice dance champions Papadakis and Cizeron.

The fifth and sixth stops on the Grand Prix tour will then be Moscow and Grenoble, at which the final spots for the Grand Prix final will be decided.

The top six in each discipline will then compete in the final in Vancouver from December 6 to 9.

Skaters are only eligible to compete in an event if they have achieved a certain minimum score at either another Grand Prix, a junior Grand Prix, a major championships or a challenger series event.