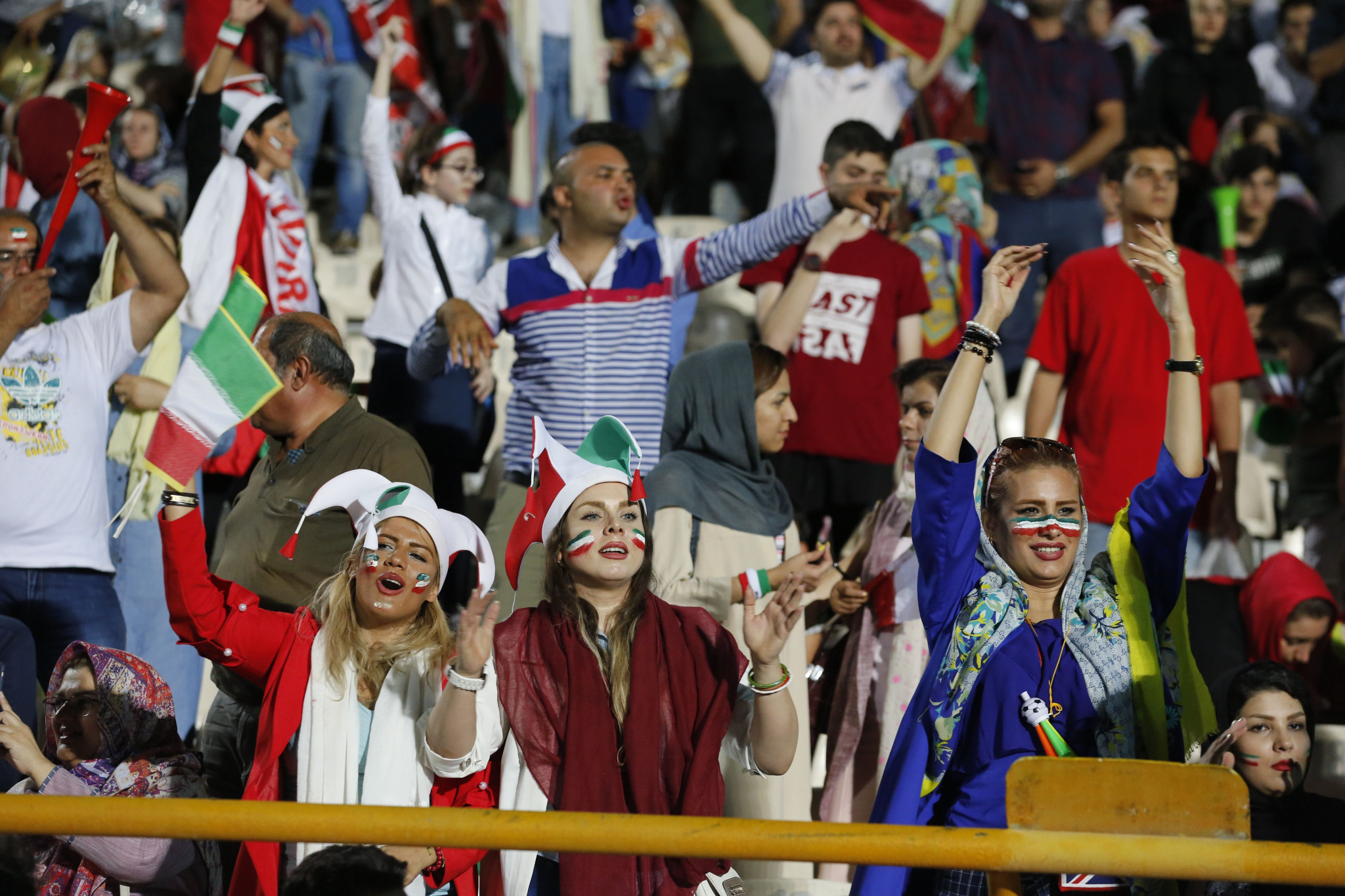 The Iranian authorities and FIFA should make sure women can freely attend all men's sports fixtures in the future, Human Rights Watch have again urged.

A ban on women attending men's football matches in Iran has existed since 1981, but earlier this month female fans were allowed to attend live screenings of Iran's first two games at the 2018 FIFA World Cup in Russia, at the Azadi Stadium in Tehran.

On June 26 the vice-president for women and family affairs Masoumeh Ebtekar tweeted a video of women at the screening, saying it has created "a new era" of hope and optimism that the ban may be formally overturned.

The day before, on June 25, Iranian journalists posted a video to Twitter showing women watching Iran play Germany in a volleyball match.

Since June 2017 the Iranian authorities had only allowed a limited number of pre-vetted women to attend volleyball games.

“This experience shows how shallow the many justifications for keeping women out of the stadiums were, and Iran should ensure that women can freely attend all sporting events across the country from now on."

Thousands of Iranian families have watched live broadcasts of #WorldCup2018 games in the Azadi Stadium. Restrictions on women’s entrance have been lifted. This has led to a new era of hope & optimism. https://t.co/vBDffhFHIy

The ban on women attending men's football matches has existed for 37 years and was extended to include volleyball in 2012.

Iranian women have campaigned and lobbied Parliament against the ban ever since.

In some cases women have been known to disguise themselves as men in a bid to attend matches.

They have also appealed directly to FIFA and the International Volleyball Federation for their help.

Thirty-five women were arrested in March for gathering outside the Azadi Stadium during a match between two popular Tehran sides, Esteqlal and Persepolis.

FIFA President Gianni Infantino was among those inside the stadium for the match, despite article three of FIFA's statute stating discrimination of any kind, "is strictly prohibited and punishable by suspension or expulsion".

Over the past few years, several high profile athletes in Iran, including the captain of the national football team, Masoud Shojaei, Parliament members, and even the current Iranian President Hassan Rouhani, have all spoken about the need to allow women into stadiums once again.

"International Federations should do their part and use their significant leverage to ensure that Iranian women are never discriminated against at sports matches," Whitson said.