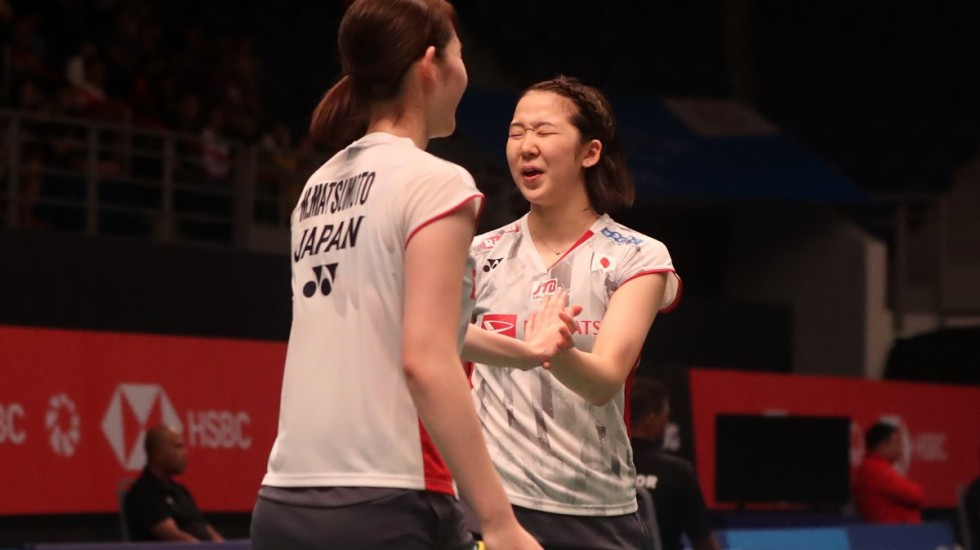 The third seeds in the women's doubles Christinna Pedersen and Kamilla Rytter Juhl have been knocked out of the Celcom Axiata Malaysia Open today in a shock result against Japan's Mayu Matsumoto and Wakana Nagahara in Bukit Jalil.

The Danes, winners of the the All England Championships earlier this year, were the clear favourites in the match at the HSBC Badminton World Federation World Tour Super 750 event, but they were outplayed over 43 minutes and lost 21-16, 21-15.

Matsumoto and Nagahara's win has now set up an all Japanese quarter-final against the fifth seeds Misaki Matsutomo and Ayaka Takahashi, who beat Malaysia's Vivian Hoo and Soong Fie Cho 21-14, 21-9 at the Axiata Arena.

Speaking after their loss Pedersen said her and Juhl struggled to find their rhythm.

"Our opponents are strong; we played them in the All England semi-finals and knew it would be tough," she said.

"All the Japanese pairs are strong.

"These two are good in the attacking game, the tall girl [Matsumoto] has a good power smash."

It was not a flawless day for Japan however.

The Koreans have now drawn China's Li Yinhui and Du Yue, who beat the sixth seeds of Lee So Hee and Shin Seung Chan in straight games.

Elsewhere in the competition there were a number of significant upsets.

Japan's world champion Nozomi Okuhara lost to Thailand's Pornpawee Chochuwong 13-21, 21-13, 21-14 in a match that lasted over an hour in the women's singles.

Chochuwong called her win the best of her career to date.

"I just went for every shot she played," she said.

"I knew that if I played fast, I would not be able to control the game, but if I slowed down and played with control, I could try to get her to follow my game.

"To beat the world champion is a big thing and I’m very happy with my performance today."

Leverdez missed his first match point but eventually took the win at the third attempt.

"I rushed too much, and after that I told myself to relax and play safe," he said.

"It was tough mentally to come back and I’m happy I kept my focus."

The hosts Malaysia had a good day overall.

In the mixed doubles English pair Chris and Gabrielle Adcock crusied through their match against the third seeds Zhang Nan and Li Yinhui, winning 21-14, 21-11 in just 34 minutes against the Chinese.