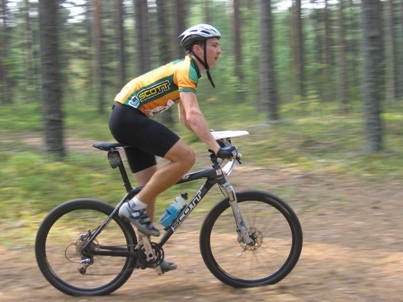 Elite events are set to begin tomorrow at the International Orienteering Federation (IOF) European Mountain Bike Orienteering Championships in Budapest in Hungary, which doubles as round one of the World Cup.

The event will see races take place in the long category, middle-distance category and a relay.

In each race the riders must navigate from start to finish with just a map and a compass, ensuring they pass a number of marked control points along the way.

Russia have the largest team in the competition, with six riders in the men's events and seven in the women's.

The United States and Japan have the smallest teams with one rider each in the men's and women's events respectively.

Russia have not only brought the largest team to the competition, they also currently hold the number one world ranking on both the men's and women's side.

The highest ranked rider from any other continent is Japan's Kazushige Hatori at 116th in the world.

While Olga Shipilova Vinogradova tops the women's rankings ahead of Great Britain's Emily Benham, winner of the World Championship long race in both 2017 and 2016.

Benham will no doubt be looking to win this event too.

The World Cup, of which the European Championships is the first leg, is a series to establish the best riders over all mountain bike orienteering formats throughout the course of a season.

The World Championships in August, due to take place in Waldviertel in Austria between August 5 and 13, will act as the second round of the World Cup, while the third and final leg is scheduled to take place in Odemira in Portugal from September 20 to 23.