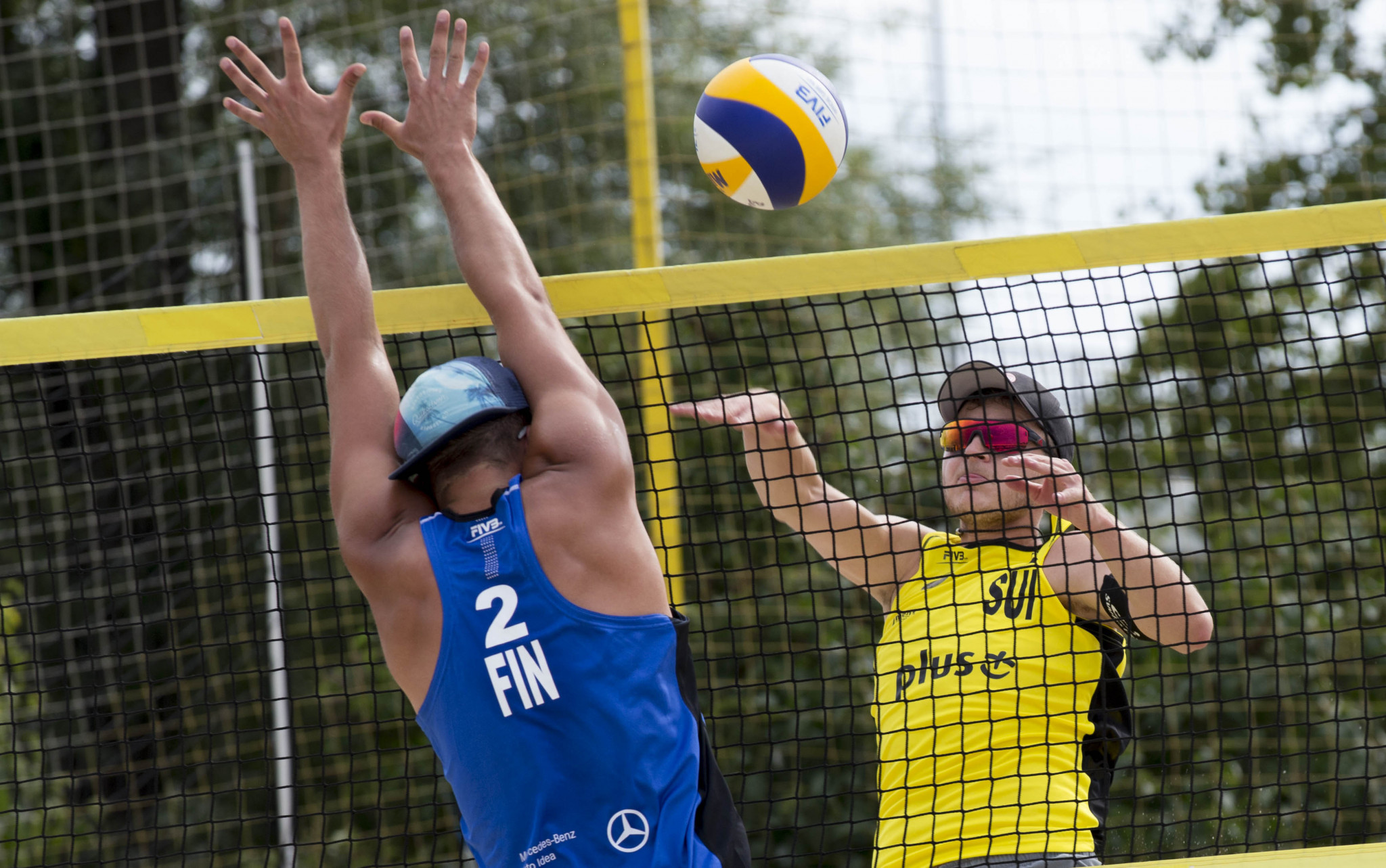 The main draws for both men and women have been completed after the final day of qualifying at the Federation of International Volleyball (FIVB) Beach Volleyball World Tour event in Warsaw.

A total of 46 matches took place at the Monta Beach Volleyball Club, with eight men's teams and nine women's teams making it through to the main draws of this a double-gender FIVB World Tour 4 event.

Top-seeded Adrian Heidrich and Mirco Gerson from Switzerland had a bye in the first qualification round of the men’s competition.

In the second round today they managed a straight sets win over Jyrki Nurminen and Santeri Siren, 23-21, 21-15.

Gerson described it afterwards as a "good game".

"At this level you cannot be surprised by the opponent," he added.

"We watched many videos with their games, so we were well prepared.

"I think that our serve was key to the success in this game."

Three pairs earned their places in the main draw with comeback wins over three sets in the second qualifying round.

In the longest lasting game of the day, Brazil’s Alvaro Morais Filho and Saymon Barbosa Santos beat Slovenia's Nejc Zemljak and Jan Pokeršnik 15-21, 23-21, 15-12 in a match which lasted more than an hour.

Chile’s Esteban Grimalt and Marco Grimalt, Germany’s Julius Thole and Clemens Wickler, Lithuania’s Lukas Kazdailis and Arnas Rumsevicius and Norway’s Mathias Berntsen and Hendrik Nikolai Mol are also all through to the main draw after winning all of their qualifying matches.

In the women's qualifying, Norway's Oda Johanne Ulveseth and Ingrid Lunde won their first round match easily against Thailand's Rumpaipruet Numwong and Khanittha Hongpak, but had a much tougher match against Canada’s Jamie Lynn Broder and Taylor Pischke in the second round/

"In the second set the Canadian team was side-outing very well," said Lunde.

"The tie-break was very tight as they continued to play well.

"It's great to play this kind of matches and even more fun to win them,"

The 30th seeds in the qualification round, the Czech Republic's Tereza Kotlasova and Daniela Resová won both of their qualifying matches in tie breaks to make it through to the main draw.

They beat the third seeded Ukrainians of Valentyna Davidova and Ievgeniia Shchypkova in their first match 21-14, 19-21, 16-6 and then came from a set down to beat Thailand's Varapatsorn Radarong and Tanarattha Udomchavee 18-21, 21-18, 15-13 in the second round.

Canada's pair of Broder and Pischke also go through as lucky losers.

The main event tomorrow is due to begin tomorrow morning with Brazil's Barbara Seixas De Freitas and Fernanda Alves up against Italy's Marta Menegatti and Laura Giombini in Pool B.