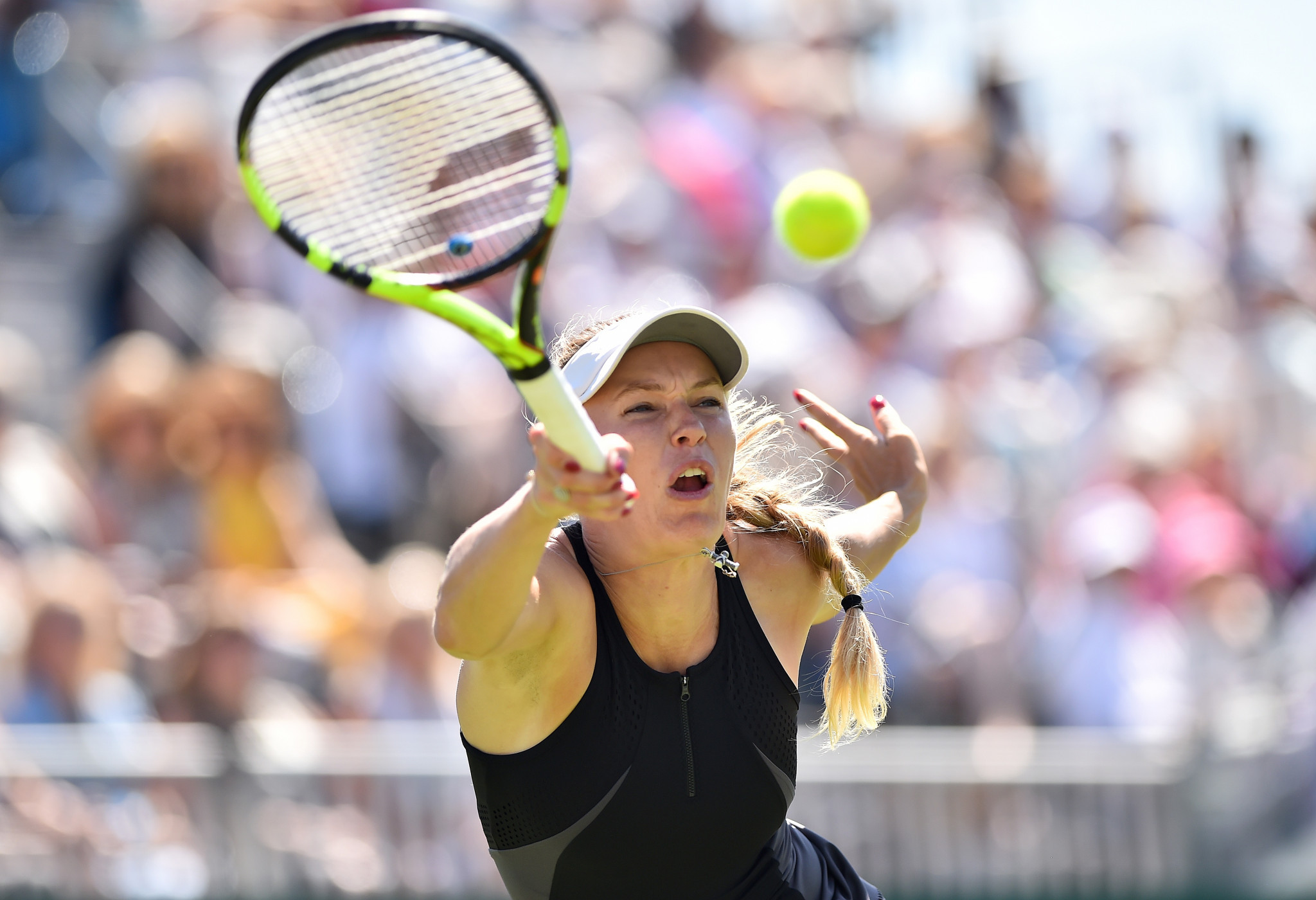 The Danish player came back from a set down to clinch a 4-6, 6-1, 6-4 victory over Konta in front of the Briton's home crowd on the grass at the Devonshire Park Lawn Tennis Club.

Wozniacki, the current world number two who has never been beyond the fourth round of Wimbledon, is next due to face Australian Ashleigh Barty in this WTA Premier event.

Barty, the eighth seed, booked her quarter-final place with a comfortable 6-0, 6-4 win against Hsieh Su-wei of Chinese Taipei.

"After the first set I think I got a little bit more of a rhythm and I played better," Wozniacki said.

"I was lucky to get it in the end.

"We both played really well and I was just out there trying to get one more ball into the court and stay aggressive with the serves and returns."

Two-time Wimbledon champion Petra Kvitová of the Czech Republic withdrew from the tournament through injury prior to her match with Poland's Agnieszka Radwańska, who is now scheduled to play fifth seed Jelena Ostapenko in the last eight.

The Latvian, winner of the 2017 French Open before her title defence this year ended at the first-round stage, progressed by virtue of a 6-1, 6-2 victory over Romania's Mihaela Buzarnescu.

German fourth seed Angelique Kerber is also through after she eased to a 6-1, 6-1 demolition of American Danielle Collins.

The tournament in Eastbourne, the final event on grass for women before Wimbledon begins on Monday (July 2), is due to continue tomorrow.