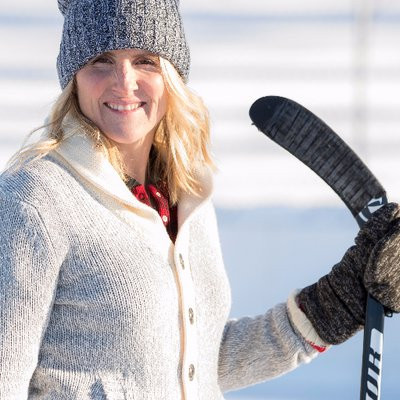 International Olympic Committee (IOC) member Hayley Wickenheiser has been appointed as vice-chair of Calgary's bid to host the 2026 Winter Olympic and Paralympic Games, it was announced today.

She will be joined on the Board by former IOC vice-president Richard Pound and several other high-profile individuals from Canadian sport.

Canada's third IOC member Tricia Smith, President of the Canadian Olympic Committee (COC), is also among those named on the Board.

Calgary 2026 chair Scott Hutchinson will eventually lead a 21-member Board featuring representatives from the Canadian and Alberta Governments, the city of Calgary and the COC.

The Board has been tasked for guiding the next phase of planning, which will determine whether all parties will go forward with Calgary's bid for an event they last staged in 1988.

Even then, a Calgary bid is not certain as a plebiscite on the city's candidacy is still expected to be held in November, although an exact date for the public vote has not yet been announced.

"The Calgary 2026 Board of Directors announced today is a podium-worthy group of women and men who share an incredibly deep commitment to Canada, a passion for sport and recreation, and a strong connection with the needs of the communities they come from across the country," said Hutcheson.

"We have much work ahead of us to complete this phase of the bid, but I know this is the group of professionals who will get the job done.

"I relish the opportunity to work with the entire board to ensure the Olympic and Paralympic legacy will continue to positively impact all Canadians for generations to come."

Wickenheiser, a member of the IOC Athletes' Commission after being elected at Sochi 2014, is one of Canada's greatest ice hockey players.

She is also only the second female from Canada to compete in both the Winter and Summer Olympic Games, having been a member of her country's softball team Sydney 2000.

"I am grateful to have the opportunity, and the trust of Scott and the Board of Directors, to take on this prestigious position," Wickenheiser said.

"As a young child, I remember coming to Calgary to watch the 1988 Games.

"That Olympic experience changed my life, and I was driven every day after that to become an Olympian.

"I competed in a home Games in 2010, and I want the Olympics back in Canada.

"There is so much involved in a bid, and I am honoured to have the opportunity to work with these great Canadians, and the Calgary community, to ensure its viability."

Speed skater and three time-Olympic medallist Catriona Le May Doan is one of three representatives appointed by the Canadian Government.

As a member of Canada's sports hall of fame and having been the country's flag bearer at Salt Lake City 2002, Le May Doan is one of the country's most respected Olympians.

They will now start work to hire a chief executive, form a vision and "implement a strategic direction" for the bid.

The IOC are due to announce candidate cities for the 2026 Winter Olympics and Paralympics at its Session in Buenos Aires on October 8 and 9.