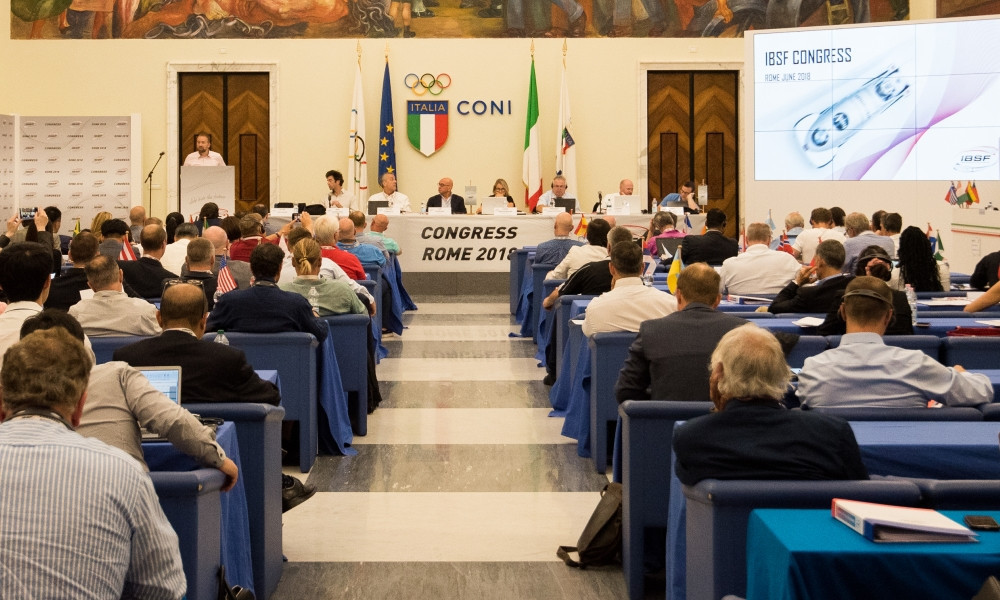 International Bobsleigh and Skeleton Federation (IBSF) President Ivo Ferriani increased his personal expenses by more than €100,000 (£88,000/$116,000) from 2016 to 2017, insidethegames can reveal on the eve of a Congress where he is standing for a third term at the head of the body.

There are currently no accounts available for the most recent financial year, including this year's Winter Olympics in Pyeongchang.

Ferriani is locked in a two-horse race with Switzerland's Fritz Burkard at a Congress in Rome tomorrow to serve another term in the top position after first being elected in 2010.

His spending dwarfs his colleagues on the IBSF Executive Committee.

This was revealed in documents, obtained by insidethegames and distributed to the IBSF membership before the Congress week.

An explanation for the high expenses has still to be given by Ferriani after he was contacted by insidethegames today.

It is understood, though, that delegates at today's pre-Congress meeting in the Italian capital were told that the rise was due to his enhanced responsibilities in the International Olympic Committee (IOC) and wider sports world.

Direct travelling for the IOC should be covered by their own expenses system, however.

This shows that, like many of the smaller sporting governing bodies, the IBSF are dependent on a quadrennial payment from the IOC designed to sustain the body for a four-year period culminating in the Olympic Games.

It is not clear where exactly the sponsorship revenue came from, although it is likely to include marketing partner Infront and Russian gas giant sponsor Gazprom.

It is also not clear why these figures are not included on the balance sheet.

Ferriani, an IOC member and close ally of its President Thomas Bach, is facing criticism over a failure to realise pledges towards transparency and accountability during his eight years in office.

It comes amid wider concern over the governance of winter sports following the removal of the International Biathlon Union President Anders Besseberg and secretary general Nicole Resch earlier this year as they contest allegations of bribery.

The 58-year-old Ferriani is considered the favourite in the Presidential election tomorrow and is thought to enjoy the support of large countries such as Germany.

His opponent Burkard's best chance appears to be picking off support from smaller countries.