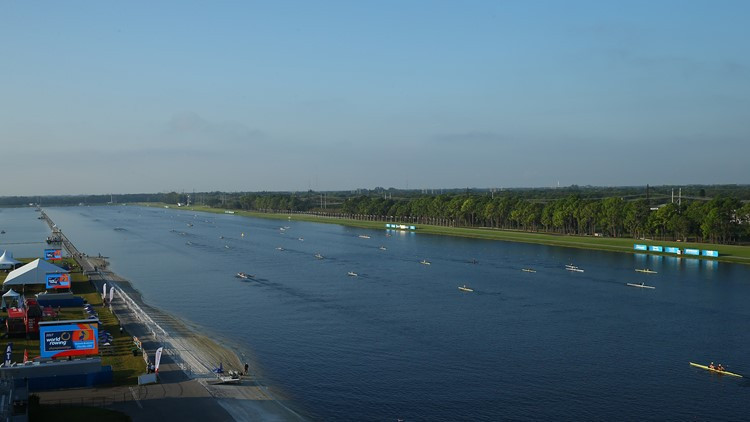 The 2019 World Rowing Under-23 Championships will be held in the United States in Sarasota-Bradenton in Florida, US Rowing have announced.

The regatta course has been a regular venue international competitions recently.

Last year it hosted the senior World Rowing Championships and this September it is due to stage the World Rowing Masters Regatta.

The exact dates for next years event are yet to be confirmed, but July 24 to 28 has been proposed.

President of the tourism group Visit Sarasota County Virginia Haley, claimed they are "ecstatic" that Sarasota will host the event.

International Rowing Federation (FISA) President Jean-Christophe Rolland said: "We are pleased to be returning to Sarasota-Bradenton for a World Championship event, especially for the Under 23 event, which has particular relevance for the strong collegiate rowing community in the United States.

"We’ are also very grateful for the continued support from Sarasota and Manatee counties for World Rowing events, and appreciate the partnership that the sport of rowing has with them,"

The under-23 event has been held for over 40 years and was previously known as the Nation's Cup.

US Rowing chief executive Patrick McNerney revealed they are "thrilled" to have another World Championship event in the United States.

"Hosting the World Rowing Under 23 Championships in the United States is a wonderful opportunity for us to showcase our top college-aged athletes on an international stage and to strengthen the link between the great history and competitiveness of collegiate rowing in the U.S. and the world of international rowing," he said.

The regatta course at Sarasota-Bradenton is inside Nathan Benderson Park.

It was purpose-designed as an international regatta course and includes a separate warm-up area, as well as eight racing lanes.

The wider park is a multi-use sports venue and has been used for international triathlon racing, as well sailboat and dragon boat racing.

This year's World Rowing Under 23 Championships are due to held from July 25 to 29 in Poznan in Poland.