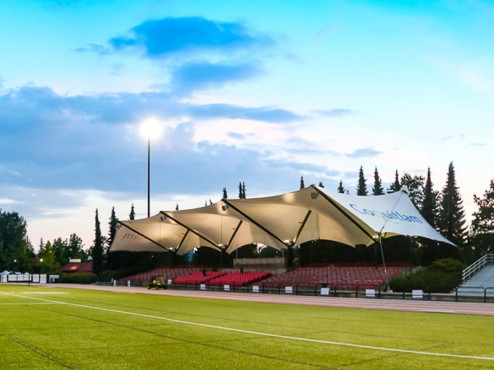 Coquitlam in Canada has been awarded the 2022 Men's World Lacrosse Championships, it has been announced.

The President of the FIL Sue Redfern, President of the Federation of International Lacrosse (FIL), made the announcement and revealed the tournament will take place at the city centre park in the Percy Perry Stadium between July 13 and 24.

The Stadium in the city in British Columbia previoulsy hosted the 2008 and 2016 FIL Men's Wnder-19 World Championships.

Redfern claimed the FIL were "pleased" to partner with Coquitlam once again.

"FIL is actively evolving its world events and is confident that the Host Committee under the leadership of Cliff Pascas will again conduct an event that FIL and the International Lacrosse Community will be proud of," she said.

It will be the fourth time Canada has hosted the Championships since they were launched in 1967.

But it will be the first occasion they have been held in Canada outside Ontario having previously been hosted by Toronto in 1967 and 1986 and London in 2006.

The 2018 World Championships are due to take place in Netanya in Israel from July 12 to 21.

The 2022 Championships will be the first senior men's event where the number of national teams is limited to 30.

This year's tournament is set to feature 47 nations.

Pascas, chair of the Canadian Lacrosse Association (CLA) Bid Committee, revealed they are "delighted" to host the event.

"We are confident that the dedicated and experienced group of local volunteers, led by Cliff Pascas, will successfully organise and deliver a world-class event, just as they did with the 2008 and 2016 FIL Under-19 Men's World Championships," he said.

"We look forward to welcoming the International Lacrosse Community to beautiful Coquitlam in 2022 and showcasing Canada's national summer sport to the world."

Canada, who are the current defending champions, only recently confirmed they would compete in Netanya after a dispute between the players and the CLA threatened to derail their participation.

Only the United States and Canada have ever won the competition and the two countries have contested every final since 1986.