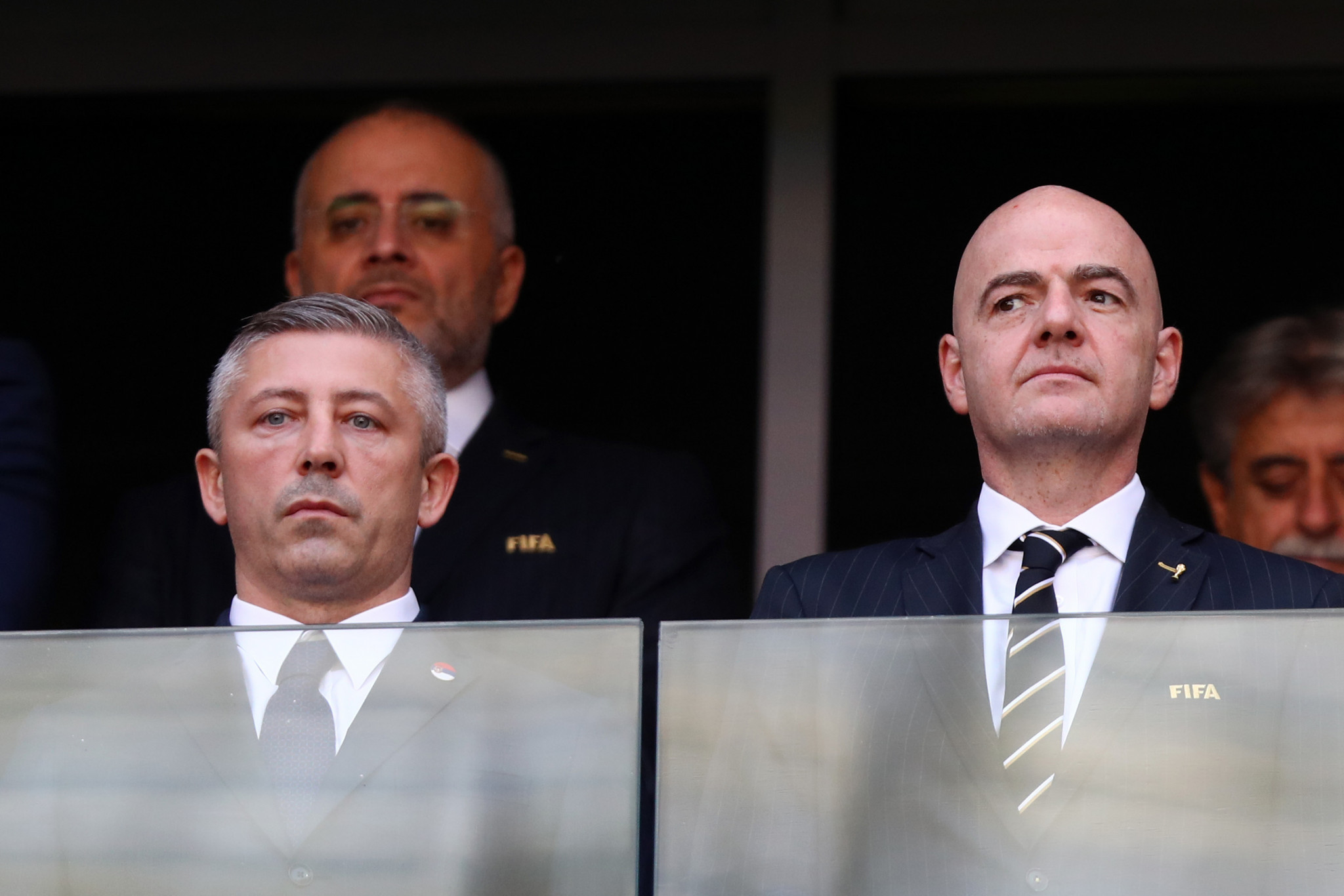 FIFA has opened disciplinary proceedings against Serbian Football Association (FSS) President Slaviša  Kokeza after he accused world football's governing body of directing referees to act against the nation during their World Cup defeat to Switzerland.

In an interview with the BBC, Kokeza launched a stunning rant against FIFA and claimed the Serbian team had been the victims of a "brutal robbery" in the 2-1 loss on Friday (June 22).

Kokeza alleged the decision to appoint a German referee for the match counted against Serbia as over half of Switzerland's population is German speaking.

Ha claimed the move had influenced some of the decisions made by Feliz Brych, including the call not to award Serbia what looked a clear penalty after striker Aleksandr Mitrovic was wrestled to the ground in the box.

"Technical staff, players, people in Serbia, they are all disappointed and frustrated because of injustice of some people at FIFA," Kokeza told the BBC.

"It is clear to Europe and the world that Serbia was brutally robbed.

"I do not expect FIFA to take action in order for this brutal robbery not to happen again, because, I repeat, it was all directed."

Granit Xhaka, Xherdan Shaqiri and Stephan Lichsteiner were all charged by FIFA after the match in Kaliningrad for a controversial goal celebration which clinched victory against Serbia.

Xhaka and Shaqiri, who have ethnic Albanian heritage but grew up in Switzerland, and Lichsteiner were all placed under investigation after making the gesture of double-headed eagle, displayed on Albania's national flag, when celebrating.

They could have been banned for two matches under FIFA's disciplinary code - which would have ruled them all out of Switzerland's crucial last Group E encounter against Costa Rica in Nizhny Novgorod on Wednesday (June 27).

Two German officials - team media officer Ulrich Voigt and Georg Behlau, the employee at the head of the German Football Association office for the national team - are also being investigated for possible breaches of the disciplinary code.

Voigt and Behlau sparked a touchline row following their over-exuberant celebrations after Toni Kroos scored a dramatic winner to earn Germany a vital 2-1 win over Sweden in Sochi on Saturday (June 23).

They charged towards the Sweden bench while punching their fists, prompting heated clashes between Swedish and German players and staff.

The Football Associations in Denmark and Poland have been fined by FIFA.

Poland have been ordered to pay CHF10,000 after fans displayed offensive banners in the defeat to Senegal last Tuesday (June 19).